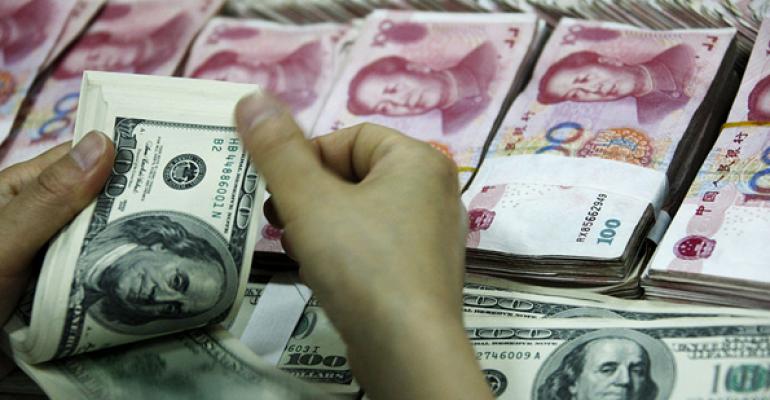 While Chinese investors have stepped back, other foreign capital sources have increased their acquisition activity.

Despite a pullback in buying from Chinese investors, 2018 is on pace to deliver what could be a record high year of foreign investment sales in the current cycle.

According to New York City-based research firm Real Capital Analytics (RCA), cross-border investment sales topped $62.7 billion year-to-date through third quarter—a 56 percent spike compared to the same period in 2017 and even edging past robust sales of $60.3 billion during the first three quarters of 2015, which set a high watermark for foreign investment activity to date. This has been a big year for mega-deals involving foreign buyers, including Toronto-based Brookfield Property Partners’ $15 billion takeover of mall REIT GGP and the Unibail-Rodamco acquisition of Westfield that accounted for $7.7 billion of U.S. transaction volume. However, even without those large entity-level deals, there continues to be a steady pipeline of buying fueled by international capital.

“Foreign interest in either the equity or debt stack in U.S. assets remains very strong,” says Chris Ludeman, global president of capital markets with real estate services firm CBRE. That being said, there is always some ebb and flow to which countries are more or less active, as well as different views of what and where they need to invest, he says.

According to CBRE, cross-border investment into the U.S. market (including entity transactions) exceeded $28 billion in the third quarter of 2018 and accounted for 18 percent of total U.S. investment sales, the second-largest quarter for capital inflow behind the fourth quarter of 2015. Investment originating from Canada and Singapore made up 80 percent of the total inbound activity.

Investment strategies related to property type and market vary widely depending on the capital source. Hotels saw the biggest jump in sales activity in the third quarter at 23 percent, followed by multifamily at 14 percent, according to CBRE. Eighteen months ago, people were concerned that the hotel sector was perhaps at the peak. However, the strong economy has fueled business and leisure travel that has created a bounce back in positive sentiment from investors, notes Ludeman. Hotels also tend to trade at higher yields.

“We continue to see very strong foreign investment in South Florida,” says Ken Krasnow, executive managing director of the South Florida region with real estate services firm Colliers International. Canadian buyers remain very active, while the region is also a key focus for foreign investors coming from Central and South America. “There are no signs of that abating in any shape or form,” says Krasnow. Those inflows are often influenced by capital looking for safety due to political or currency issues in the home countries, and some of the countries that are very active right now include Brazil, Venezuela and Columbia.

Chinese buyers have been noticeably less active this year. According to CBRE, Chinese capital inflows (excluding Hong Kong) decreased by 14 percent year-to-date. “Most Chinese individual investors are still interested in investing in the U.S. real estate market. However, it is getting very difficult for Chinese investors to exchange to the U.S. dollar,” says George Wu, J.D., a partner at Gelt Inc., a Los Angeles-based investment firm specializing in multifamily assets.

Chinese investors that had been making large, high-profile acquisitions in the U.S. are likely to remain more muted well into 2019 due to regulatory challenges in their home country. Yet some of the other sources of foreign capital that are stepping in to pick up the slack include Japan, Korea and Singapore to name a few. For example, capital inflows from Singapore had grown by 35 percent this year compared to what was already a large investment base in the prior year, according to CBRE. Singapore-based CapitaLand International announced in September that it had made its first move into the multifamily sector with the $835 million acquisition of a 16-property portfolio of assets located in Seattle, Portland, Ore., greater Los Angeles and Denver.

In many instances, what the Singaporean institutional capital is looking to do is aggregate properties with the interest of creating a REIT, says Ludeman. So, generally, they have been targeting cash flow-driven assets in sectors including logistics, data centers and student housing, he adds.

The question is whether the current momentum will continue into the fourth quarter and carry over into 2019. Going forward, two of the biggest variables related to cross-border investment into the U.S. will be the impact of rising interest rates on property pricing and cap rates, and the strength of the dollar and how hedging costs might affect global capital sources from being more or less aggressive in the U.S. market.

“The rising interest rates definitely affect foreign buying as it increases the cost of acquisitions,” notes Wu. In the multifamily sector, cap rates have continued to decrease for assets that are in high demand.

Foreign buyers are looking for a return of investment, which includes stable cash-on-cash returns. If cash-on-cash returns are as low as 4.0 percent, then it is definitely a concern for foreign investors, he says. “However, I have to say interest rates are not the only factor that discourages foreign buyers. The current worsening Sino-U.S. relationship affects Chinese investors the most,” he adds.

In addition, the newly enacted Foreign Investment Risk Review Modernization Act (FIRRMA) has scared Chinese investors because many believe FIRRMA is targeted specifically toward Chinese buyers, adds Wu. According to documents released by the Treasury Department, FIRRMA expands the jurisdiction of the Committee on Foreign Investment in the United States (CFIUS) to address “growing national security concerns over foreign exploitation of certain investment structures.”

At the same time, some of the factors that bode well for continued demand from foreign buyers include stable and improving property performance. “We see fundamentals staying strong; we see discipline around underwriting of assets as [being rational]; and—at least into—we see a relatively healthy economy,” says Ludeman. “Because of that, we would expect a continued healthy trading environment.”