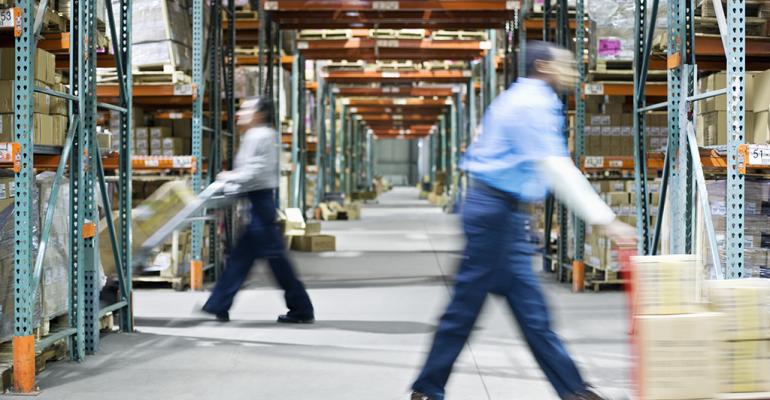 On a national basis, the average price for industrial land has moved up from $1.78 per sq. ft. in 2014 to $2.23 per sq. ft. in the first quarter of this year, says Geoff Kasselman, executive managing director with commercial real estate services firm Newmark Grubb Knight Frank. He notes that land is clearly on everyone’s shopping list.

“All the demand drivers are in place for higher land prices,” Kasselman says. “We’ve got the lowest vacancy since 2001, rents are up and absorption is through the roof. Development can’t catch up.”

Those institutional investors with the most money, such as REITs and private equity funds, didn’t carry land through the recession because there was no return for investors on empty properties. For the most part, those land buyers in the major U.S. markets became active just in the past six months, and it’s a scramble to find the best price, Kasselman says.

“The cost of a building doesn’t really vary from one spot to another,” he says. “The big variance is what you pay for the dirt, that’s most going to affect what the lease rate will be when the property is up. The way to have the lowest lease rate is to have the cheapest land.”

Keith Puritz, principal in the industrial group of real estate services firm Avison Young, says the most attractive industrial land today is entitled land. He agrees there wasn’t a lot of land being used during the recession, though there were many in-the-works developments that changed hands. Thus, at the end of the downturn, there were a few properties that were ready to go. The sudden shortage of property has stunned everyone in the market, he says.

“Nobody knows how long this run is going to go,” Puritz says. “All experts say that we’re now in a healthy period, but based on what happened in 2008, who knows? So everyone is taking advantage of the strong demand to find entitled land and get builds done.”

The demand, however, is different from the last recovery period, when 1-million-sq.-ft. distribution centers were what everyone wanted to build. Today, e-commerce needs are driving much of the new demand, right when the market supply is at its lowest. Industrial developers are adapting to support the e-commerce boom, according to a recent white paper by the National Association of Office and Industrial Properties (NAIOP), “The Promise of E-commerce,” written by Curtis Spencer, president of IMS Worldwide, and Steve Schellenberg, a vice president at the firm.

According to the paper, demand for as much as 80 million sq. ft. of new industrial space could emerge from users seeking e-commerce and mega-bulk distribution space. Today’s industrial space is specifically built to support high-volume package output and has higher ceilings, more deck doors and mezzanines with greater density of floor space. Users are seeking locations near major airports, waterways and ground transportation networks. Parallel demand is expected for parcel hubs, delivery centers and urban logistics depots that support fresh food centers and same-day delivery services.

Retailers, including both online and traditional sellers, are working to get closer to the same-day delivery model through new fulfillment centers, sparking demand for mid-size buildings with 36-foot and 40-foot clears and bigger employer-use requirements. For example, IntegraCore, a Salt Lake City-based order fulfillment company, recently leased a 353,000-sq.-ft. building in Fairburn, Ga., an Atlanta suburb. Exeter Property Group developed the building on a speculative basis in 2013.

Puritz notes that since the current stock of class-B usable buildings doesn’t have the needed heights or parking areas, developers are out searching for infill areas in major population markets, and in turn pushing up land prices. “You’re seeing bidding wars for 12-acre sites where you can only fit a 250,000-sq.-ft. facility,” he says.

Jason Tolliver, vice president of research with DTZ, says another land demand driver has been manufacturing. More companies are “on-shoring,” bringing back manufacturing jobs to new facilities in the United States. For example, Proctor & Gamble announced earlier this year that it will build a $500 million manufacturing plant in Berkeley County in West Virginia. The facility will be only the company’s second new manufacturing property built in the U.S. since 1971.

Tolliver adds that modern requirements for robotics and efficient production methods have shrunk the traditional open-bay manufacturing facility. Manufacturers also continue to be in consolidation mode. Proctor & Gamble, for example, plans to reduce the number of its U.S. plants.

“There’s not as much need for the million-square-foot cavernous hall of the past century, so that’s changed the land needs somewhat,” he says. “However, even though on-shoring is real and companies are coming back in greater numbers, and U.S. productivity is on the rise, manufacturing employment still remains well below the pre-recession period, and we don’t anticipate that changing. The number of workers needed has become much smaller.”