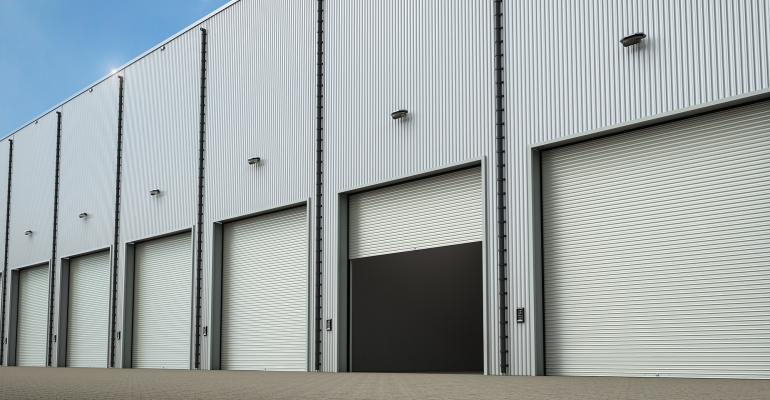 The portfolio transaction would include roughly 100 properties in markets including Atlanta, Chicago, Dallas and Baltimore.

(Bloomberg)—KKR & Co. is nearing a deal for a portfolio of U.S. warehouses, a sector that has received a boost during the pandemic as consumers increasingly turn to e-commerce.

The transaction, which may close as soon as next week, values the roughly 100 properties at more than $800 million, according to a person with knowledge of the matter.

Barclays Plc is arranging about $700 million in commercial mortgage-backed securities to finance the deal, which includes assets in markets including Atlanta, Chicago, Dallas and Baltimore, said the person, who requested anonymity because the talks are private.

While hotels and retail properties have been battered by the pandemic, investors have flocked to warehouses to capitalize as an e-commerce boom that was flourishing before the pandemic accelerates with shoppers increasingly buying from their couches.

The warehouse portfolio set to be acquired by KKR is part of a broader wager by the company, increasing its exposure to the sector to about 30 million square feet. In recent months, through various funds, it has snapped up properties in metropolitan areas including Atlanta and Phoenix.

“We believe that the current environment will lead to continued acceleration of e-commerce penetration, which drives demand for large modern distribution centers like the ones we are acquiring,” Roger Morales, a KKR partner and head of commercial real estate acquisitions in the Americas, said in a July statement announcing the $260 million purchase of properties in Chicago and Charlotte. “Logistics real estate represents a growth opportunity as more and more U.S. consumers migrate to shopping online.”

Institutional investors, such as real estate-focused private equity firms and pension funds, have been pouring capital into warehouses. The largest industrial real estate investment trust, Prologis Inc., has seen its shares climb about 10% this year, beating the roughly 10% decline by the Bloomberg U.S. REITs index.