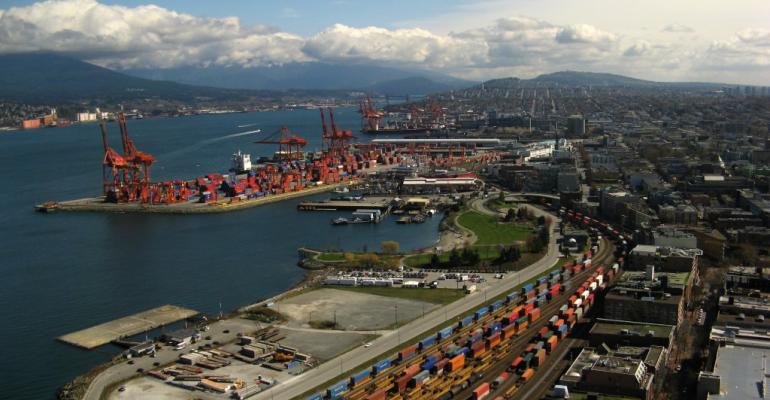 L.A. Port Bounces Back from 2015 Strike with Record Cargo Volume

The Los Angeles logistics market is back, and stronger than ever, with cargo volumes never seen before in its 109-year history.

In the first quarter of 2015, America’s logistics industry was dealt a blow as strikes by the International Longshore and Warehouse Union and the Pacific Maritime Association crippled the West Coast ports, by far the busiest import-export point in the country. Industry experts expected the Port of Los Angeles to take a big hit that quarter and the rest of the year, saying uncertainty would force shipments to other parts of the country. And, to some extent, shippers did hedge their bets by spreading their cargos to different ports around the country. Commercial real estate services firm CBRE reported that West Coast traffic dropped from 57.0 percent of all U.S. container traffic in 2010 to 52.0 percent in 2015.

However, the L.A. port isn’t suffering today, as it recently announced its busiest quarter ever during the first three months of 2016. At more than two million 20-foot equivalent units (TEUs) handled, the figure marked a 13.0 percent increase compared to 2015. Breaking the record is even more significant because in March 2016 the port experienced a 33.0 percent decrease in activity compared to last year, when, after the strike settlement on Feb. 20, 2015, volumes surged from the off-load of the anchored ships.

This growth in TEU volume has caused a spike in demand in the Los Angeles-Long Beach industrial markets. There’s virtually no vacant space on the market, with a vacancy rate of 1.3 percent in the first quarter, according to a report from commercial real estate services firm Transwestern. Available land is in short supply and expensive, creating a high barrier for new development projects, according to a first quarter Cushman & Wakefield report on Greater Los Angeles. Leasing was down by 25.0 percent just because there’s no space left, and rents have increased by more than 13.0 percent during the quarter.

One challenge for the market is that there might not even be enough space to handle the immense increase in shipping volume. A strong U.S. dollar has encouraged more imports, straining a logistics system already overwhelmed by increased e-commerce leasing. Last year’s strike can also be blamed for warehouses now being filled to capacity, according to David Egan, CBRE’s head of Americas research. “Some importers chose to bring in merchandise earlier than they would have, to avert problems from another strike, so we’re still trying to work off those products,” he says.

He doesn’t expect to see a slowdown during the rest of the year, as there’s only a modest amount of new construction planned, while import traffic is projected to further increase in 2016. “Most markets, especially the ports, are experiencing record low vacancies, and the national rate of 5.5 percent is at that point, too,” Egan says. “I think our point of view is that we may hit an equilibrium point by the beginning of next year, maybe a balancing point, but there’s still a lot of reasons to believe the demand will continue.”