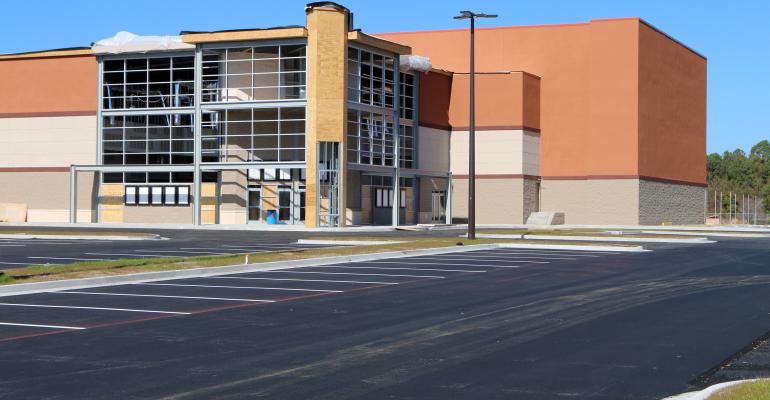 Net industrial absorption has outweighed new space completions for five straight years following the recession, particularly in the big-box segment, resulting in a significant drought of available space in many major markets at mid-year 2015.

“Construction deliveries have been minimal this cycle, and are under the historic norm,” Meyer says. “New deliveries as a percentage of the nation’s existing stock averaged 0.7 percent per year over the last seven years. This compares to the 20-year average, since 1996, of 1.4 percent per year.”

The big-box market has been especially hard hit by the supply imbalance, as the driving force behind the leasing and construction has been e-commerce, typically looking to occupy large new warehouses. For example, Chicago, one of the nation’s top industrial markets, has no vacant contiguous space available over 750,000 sq. ft., according to a second quarter market report from real estate services firm Colliers International. Amazon took occupancy of the most recent opening, a 1.1-million-sq.-ft. build-to-suit warehouse in the Kenosha, Wis. sub-market, during the second quarter.

Jason Tolliver, vice president at DTZ, says the demand curve for big-box space is unprecedented. “The big-box market is as tight as a drum. We’re seeing at least a two-to-one ratio of tenant requirements to available space options on average nationally. There’s just more demand than there is available space.”

Part of the challenge for developers, he says, is how quickly properties become obsolete today, particularly when it comes to technology tenants. E-commerce tenants want much higher ceilings, such as 42-foot clear, more room for employee parking, space for racks, electricity for robotics, etc., that many older buildings just don’t have. “It used to be that industrial needs changed over a long period of time, such as with manufacturing,” Tolliver says. “Now, as a developer, you have to think not only about what the tenant needs today, but what they’ll need tomorrow.”

Meyer says the dwindling big-box supply has pushed users into secondary markets within a reasonable drive time and/or strong connectivity to a primary market, such as in Chicago, Philadelphia and the Inland Empire. Indianapolis, a city about a fifth the size of Chicago, now has a construction pipeline of 3.3 million sq. ft., only a third smaller than Chicago’s pipeline. Philadelphia’s Lehigh Valley is now the largest market in the region, containing 30 percent of Greater Philadelphia’s 14.6 million-sq.-ft. construction pipeline. Construction activity in the Inland Empire totals 24.4 million sq. ft., with the sub-market slowly expanding away from the Los Angeles port, east toward the Coachella Valley and north up Interstate 15.

“As the big-box logistics sector in primary and secondary markets continues to tighten, we continue to see some spillover into demand and pricing for quality class-B product—as long as speculative completions remain measured we expect this dynamic to increase, and—based on current tenant requirements—this will likely be the case for most markets through the remainder of the year,” Meyer says.