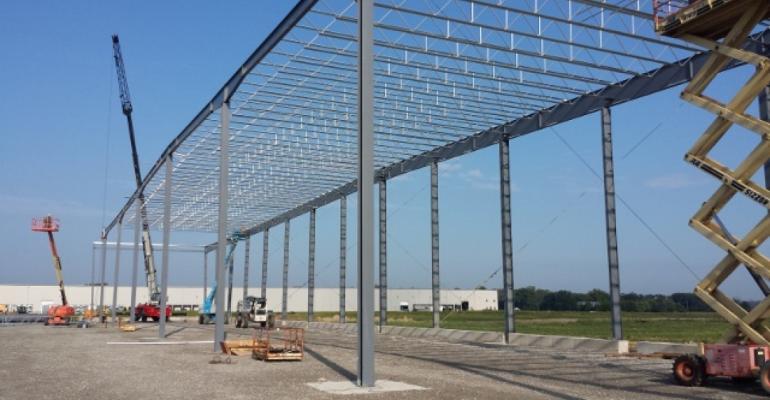 For the national industrial market, 2014 brought with it the welcome return of speculative development. Going forward, experts say continued demand, and the lowest vacancy rate since the turn of the century, at 7.2 percent, will keep construction cranes busy.

According to a 2015 forecast from commercial real estate services firm Avison Young, many U.S. cities are reporting a significant amount of speculative construction taking place. This is particularly true in secondary markets such as Charleston and Columbia, S.C.; Las Vegas and Denver. Atlanta is reporting an increased wave of new construction, more than 60 percent of which is speculative. Philadelphia has 20 industrial buildings under construction, totaling about 10 million sq. ft., marking the highest level of speculative development in the city since 2006. Kansas City saw the delivery of more than 2.5 million sq. ft. of speculative development during 2014, but still ended the year with a 6.1 percent vacancy rate.

Adam Roth, executive vice president at NAI Hiffman, a Chicago-based representative of brokerage firm NAI Global, says there has been a good amount of pent-up demand for industrial space in the local market since the downturn. “In addition, approximately three million square feet of deals will be signed in the next 30-60 days in the Chicago region. Developers are looking to re-load and the demand is there,” Roth says.

Geoff Kasselman, an executive managing director with real estate services firm Newmark Grubb Knight Frank, says the top-tier industrial regions, such as Los Angeles, Chicago, New Jersey and Dallas, were the first to see the resurgence in speculative development, starting in mid-2013. “There’s no sign at all that speculative will abate,” he says. “There’s been no flattening in sight in the trends such as rent and vacancy, corporate profits are up and their budgets are flush.”

Following the recession, Kasselman says third-party logistics, food supply and e-commerce firms are seeking speculative spaces between 200,000 sq. ft. and 500,000 sq. ft., with greater demand for larger buildings. Prologis, for example, is now in construction on the one-million-sq.-ft. International Park of Commerce in Tracy, Calif. Bridge Development Partners LLC is working on one million sq. ft. of speculative space in the northern suburbs of Chicago.

Now speculative development has spread to every large market in the U.S., Kasselman says, as owners look at secondary cities. South Carolina, for example, is seeing a lot of speculative development, with Simpson Schulman & Beard planning a 200,000-sq.-ft. property in Greensboro. Ridgeline Property Group recently announced plans for a 714,000-sq.-ft. building in McDonough, Ga. And the Opus Group is building two buildings of about 800,000 sq. ft. at Port Union Commerce Park in Cincinnati for investors Founders Properties LLC.

“In the past six months, Atlanta has gone from dormant and slow to very active in new spec construction,” says Kasselman. “Even Detroit is seeing the dynamics and fundamentals to support new unleased space.”