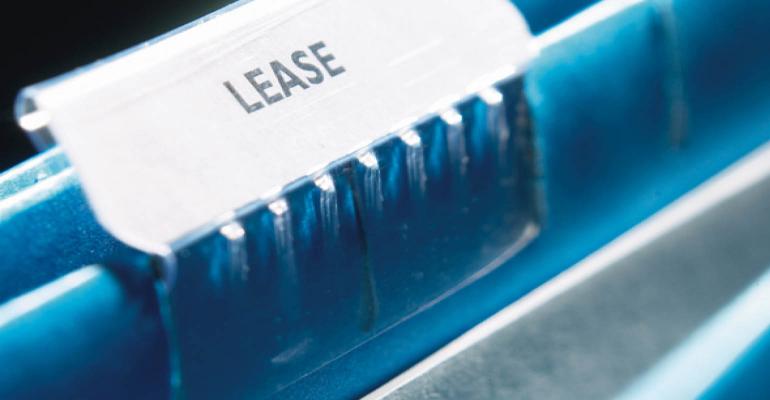 Even in today’s “landlord market,” tenants can often gain an advantage if they begin the renegotiation process a minimum of six months ahead of the lease expiration date.

Rents in the industrial sector have escalated by 20-30 percent (in some markets, even more) over the past few years, causing tenants who last signed their leases five or 10 years ago to think of expiring leases with much trepidation.

Even in today’s “landlord market,” tenants can often gain an advantage if they begin the renegotiation process a minimum of six months ahead of the lease expiration date, but ideally 18 months ahead, according to Galaxidas. To get the best deal possible, ample time is needed to research the market, identify competitive options and tour properties. Even if the tenant prefers to stay put, alternative lease proposals for a similar-size space at a lower rate provides substantial negotiating leverage.

Too often, tenants presented with a new lease featuring a higher rental rate accept the landlord’s claim that they are getting a fair deal because they don’t have the time to research alternatives or lack lease negotiation skills, notes Jonathan Ferrini, a partner at RenegotiateLease. “When you present a landlord with competitive alternatives, the smoke leaves the room—the landlord gets real,” he says.

The high cost of ground-up industrial development and record absorption created “a perfect” storm” that has put landlords in the driver’s seat, according to Pete Quinn, national director of industrial services with real estate services firm Colliers International. As a result, he advises clients to sign longer-term leases than they may have done in the past.

Quinn also suggests that tenants consider build-to-suit options. In spite of high construction costs, in some markets a build-to suit may be a reasonable alternative to paying top-of-the-market rents for move-in ready space.

Location can also make a difference, especially when renegotiating leases in markets where vacancy averages under 5 percent. For example, in Los Angeles’ Central Market, vacancy is at 2 percent and availability at  6 percent, according to CBRE Senior Vice President Jeffrey Stephens, who represents both landlords and tenants.

“This is a mature market, in a prime location, with extreme limitations for new product,” Stephens says. “The base is 288 million square feet of industrial inventory, and new development is limited to redevelopment of existing obsolete properties—there is no room to build more.”

“This supply/demand imbalance has led to continued appreciation in rental rates,” he adds. As a result, landlords are reluctant to sign leases for terms shorter than five years, with the possible exception of spaces under 10,000 sq. ft. Tenants who last signed a lease five or 10 years ago, may be facing a 50 percent rent increase when their lease expiration date comes due.

Stephens says that most landlords are willing to do engage in fair negotiations during lease renewals, but some tenants may have been paying below-market rents for such a long time that brokers must often educate them on the reality of current market conditions.

When working with tenants with expiring leases, Stephens starts the process early and offers to show them nearby relocation possibilities and comparable, lower-cost alternatives that may be 10 to 20 miles away from their current warehouse location. Through this process, the tenants are able to better understand the dynamics of the market and move toward a fair lease extension.

All things considered—the inconvenience and cost of moving, overall disruption to their business and the potential rent savings—they usually decide to stay put.