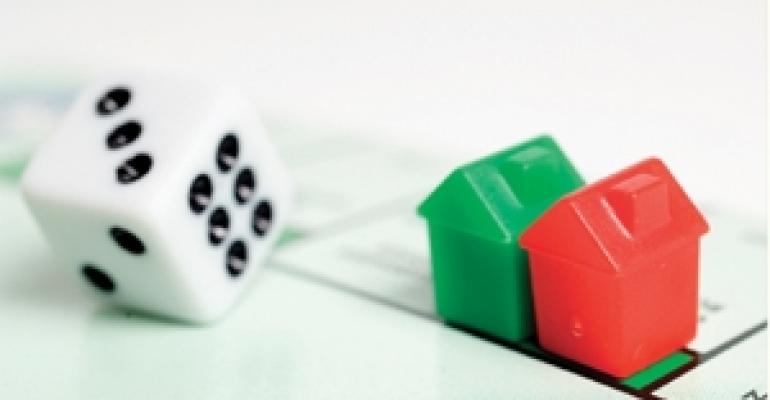 Institutions Explore All Options In the Never-Ending Quest for Yield

The slow build of the commercial real estate recovery has reached a turning point.

With commercial real estate values peaking in 2007 and capital markets cratering in 2008, risk became a dirty word for investors. For much of the time since, the only deals getting done were the trades of the safest assets in the strongest markets.

The flight to quality was, in part, driven by the state of capital markets; lenders were only willing to finance the best bets. But as commercial real estate has stabilized and drawn more interest from lenders and investors, cap rates and yields have compressed. As a result, risk has reentered the equation.

Today, institutional investors including pension funds, private equity funds, hedge funds, life companies, REITs, endowments, sovereign wealth funds and other players with large pools of investable capital are taking new chances to boost their yields. That means more activity in secondary and tertiary markets and acquisition of non-core properties across all property types. It also is resulting in experimentation in other ways of investing in the space.

Institutions are not just buying hotels, office buildings, apartments, industrial properties and retail centers. They are also making bets on single-family housing. They are acquiring distressed properties and debt. They are becoming more creative in deal structures, including entering joint ventures with other entities. And they are allocating capital to invest in publicly traded and non-traded REITs.

Here’s a look at how some of those trends are taking shape.

The push by institutions into the single-family housing space began in earnest early in 2012 as a result of the Federal Housing Finance Agency’s program to sell foreclosed residential properties in bulk so investors could convert the housing into rentals. Some players—such as Chicago-based Mack Companies—have been in that space for years.

Overall, investment bank Keefe, Bruyette & Woods estimates that institutions have raised between $6 billion and $9 billion to buy single-family homes to convert to rentals.

Aside from the bulk auctions on foreclosed assets, companies are making trades as well. For example, in late December, Mack Cos. sold 196 rental properties to American Residential for $28 million—what is believed to be the largest single-family asset deal to close last year.

“With good reason there’s been a significant increase in interest from institutional investors wanting to enter the single-family market this year, but the only deals the industry has seen close so far have been bulk foreclosure buys on homes that still need to be redeveloped and leased,” Mack Cos. CEO James McClelland said in a statement when the deal closed. The two companies have also reached an agreement in principle that would supply ARP with up to 50 properties each month during a 24- to 36-month period. The transactions would mean another 1,000 properties purchased from Mack.

Some players could assemble even larger portfolios than that. Some analysts estimate that institutional investors will buy a total of between 50,000 and 100,000 homes nationally in the next two years.

The distress cycle, by some estimates, may be half over with the industry now five years past the credit crisis. In 2013, $119.5 billion, eight percent of the outstanding balance, of commercial and multifamily mortgages held by non-bank lenders and investors will mature in 2013, a 21 percent decline from the $150.6 billion that matured in 2012, according to MBA’s 2012 Commercial Real Estate/Multifamily Survey of Loan Maturity Volumes. But there will be a burst of maturities in 2015, 2016 and 2017 as 10-year loans originated at the peak of the last commercial real estate cycle reach their maturity dates.

And that’s just the picture in the United States. There are also distressed opportunities internationally. With that in mind, institutions are still amassing war chests to purchase distressed properties and notes. According to London-based real estate research firm Preqin, eight funds focused on debt closed worth an aggregate of $2.9 billion. That’s down from previous years—for example in 2008 33 funds raised $13.8 billion. But there’s still a lot of capital targeting troubled assets.

In one of the bigger recent deals involving a distressed fund, Starwood Capital Group, on behalf of Starwood Distressed Opportunity Fund IX, has entered into a definitive agreement to acquire LNR Property LLC for a total purchase price of $1.05 billion in cash. As part of the deal, Starwood acquired LNR’s special servicing business; a portfolio of whole loans, CMBS and CDO investments; a commercial real estate conduit loan origination platform; a business line focused on acquiring small balance loans and assets; LNR’s European business and 50 percent of LNR’s stake in Auction.com.

Other tactics coming back into the fore include mergers, joint ventures and large equity commitments to REITs.

In one of the bigger mergers in recent memory, Realty Capital Inc. and Cole Credit Property Trust II announced plans to merge and create a publicly traded net lease REIT with a pro forma enterprise value of $7.1 billion. The combined company owns or has an interest in 2,012 properties in 48 states.

On the equity placement side, Brookfield Asset Management Inc. acquired General Growth Properties Inc. warrants from affiliates of Pershing Square Capital Management L.P. for $271.9 million. The warrants represent the right to acquire 18,432,855 shares of General Growth common stock, par value $0.01 per share. That, in turn, triggered a deal where General Growth purchased the warrants held by affiliates of The Blackstone Group and Fairholme Funds Inc. for approximately $633 million. Effective with this transaction, Blackstone and Fairholme no longer held any warrants to acquire the common shares of General Growth.

Institutions outside the United States remain bullish on American commercial real estate assets. According to the Association of Foreign Investment Real Estate’s annual survey, global investors still view the U.S. as providing the most stable and secure real estate investment opportunities (beating Canada, Germany, Australia) and as providing the best opportunity of capital appreciation (ahead of Brazil, the United Kingdom and Turkey).

In addition, four of the top-rated cities globally are in the United States—New York, San Francisco, Washington, D.C., and Houston. London was the only non-U.S. city.