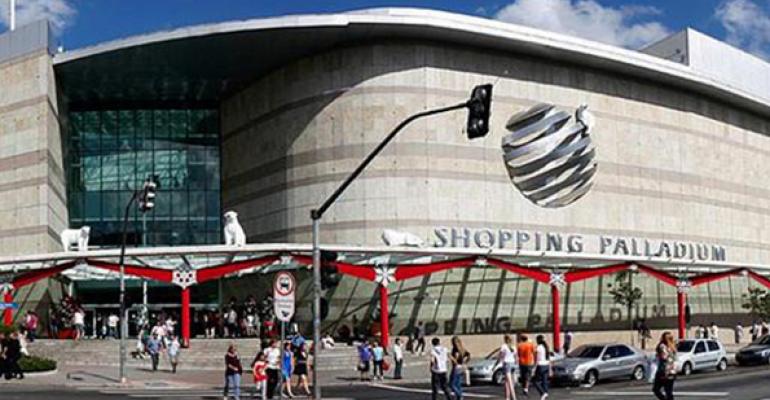 Hiccup in Recovery has not Thwarted Interest in China, Brazil

Although retail development in the U.S. remains slow, retail real estate firms globally are pushing ahead with new projects in strategic locations. Emerging markets such as China and Brazil remain on the short list for both retailers and developers.

The global economy saw further weakness during second quarter. The lingering sovereign debt crisis in Europe remains at the forefront, while even emerging markets are producing lower than expected growth. Global GDP growth dipped slightly from an annualized pace of 3.6 percent in the first quarter to 3.5 percent in the second quarter, according to a July update by the International Monetary Fund. The IMF is forecasting that global GDP will grow 3.5 percent for the year, which is down from a growth rate of 3.9 percent in 2011.

Yet emerging markets continue to represent a compelling argument even if slower growth projections are realized. “China is undergoing a huge urbanization. So there is a real opportunity everywhere in first tier, second-tier and third-tier cities,” says Seck-Guan Pua, executive chairman and CEO at Perennial Real Estate Pte. Ltd. in Singapore. Currently, Perennial Real Estate Pte. owns and manages properties in Singapore, and also in China through its Perennial China Retail Trust (PCRT).

Even though China’s economy is slowing—with GDP growth down from about 10 percent in 2010 to a current rate of 7.3 percent—it is still growing at a rate that is well ahead of other countries. “Where else in the world comes from such a low (income) base and you have the population growth, the income growth and the retail sales growth,” says Pau. “For me, it is still a very attractive market.”

Although developers remain bullish on emerging markets, the slowing economic growth has injected a note of caution. Last year, there was more money interested in going to China, notes Pau. Some of that interest has cooled due to the slowing economy, as well as concerns that some areas of China are becoming overheated in terms of new development.

PCRT, which currently has a portfolio valued at RMB 6.2 billion, is moving forward with a strong pipeline of projects in China. That being said, the REIT is very targeted in its strategy to invest in projects that will be sustainable and produce good returns over the long-term. PCRT is focusing primarily on opportunities in second-tier markets where land prices are more affordable, as well as proceeding with projects where retail is one component in larger mixed-use projects that also include office, hotels and residential.

“Quite a number of the projects that we are undertaking are mixed-use projects, especially near transportation hubs,” says Pau. For example, PCRT is pursuing an opportunity to invest in a prime commercial development site which is directly connected to the high speed railway station in Xi’an and a right of first refusal to invest in a similar high speed railway commercial development site in Changsha.

Although Pau is keen on first-tier markets such as Shanghai and Beijing, it is difficult to find land at a reasonable price. “In the past six years, land prices in first-tier cities have skyrocketed,” he says. The high land prices are encouraging investors to focus on second-tier markets, such as Shenyang and Chengdu. In addition, the international retailers are continuing to target second-tier cities for new locations.

Despite reports about slowing growth in China, the reality is that the sheer size of that market along with prevailing trends towards urbanization and rising income levels, translate to huge opportunities for both developers and retailers. “Having said that, you do have to be very careful in terms of the supply, and also in terms of assessing the viability of a shopping mall,” says Pau. Developers are faced with competition with other developers and other existing properties for retail tenants.

Planning for the long term

International real estate firms are looking at the current market conditions as an opportune time to both expand with new developments in emerging markets, as well as fortify existing assets. Ivanhoé Cambridge, which ranks as one of the largest real estate owners in the world, has a number of redevelopment projects in the works across its more than $30 billion (Canadian) portfolio.

For example, the company has an extensive $200 million redevelopment underway at its Bayshore Shopping Centre in Ottawa, Ontario. The project, which will be ongoing until 2015, calls for a 200,000 sq. ft. addition, the development of a new 850-seat food court, and the construction of a five-story parking ramp.

Another key component of Ivanhoe Cambridge’s strategy is to invest directly in a select number of high-growth countries. Certainly, China is on the short list. The company also is continuing on its strategy to invest in Brazil.

Through its joint venture with Brazil-based Ancar, the company has already invested in three shopping centers in Brazil and is continuing to look for new opportunities. One key project is the new Shopping Parque das Bandeiras in Sao Paulo Brazil. The 430,000-sq.-ft. shopping center is slated to open in October with a line-up of 230 retailers. Ancar Ivanhoe also is moving forward with plans to build a 350,000-sq.-ft. regional shopping center in Fortaleza, Brazil’s fifth largest city.

“We are confident that these new retail destinations, which will serve a largely untapped market, will win over consumers and cater to their needs,” notes Kim D. McInnes, President, Global Operations at Ivanhoe Cambridge in Montréal.