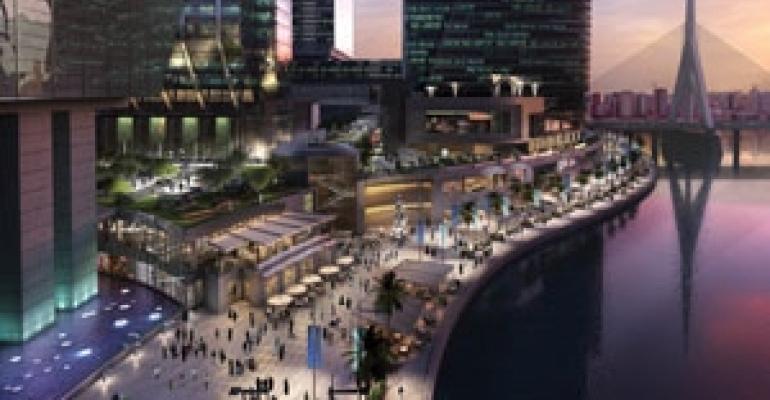 International retailers are lining up for space at the new Galleria at Sowwah Square in Abu Dhabi. In fact, 85 percent of the space at the 350,000-sq.-ft. center is already spoken for more than a year ahead of its September 2013 opening date.

Louis Vuitton, Gucci, Prada and Jimmy Choo are just a few of the brands that have committed to leasing space. “Abu Dhabi has not really built a flagship shopping center for the city. That is missing, and that is what we are on our way to doing,” says Kenneth Himmel, president and CEO of Related Urban, a division of New York-based Related Companies. The Galleria is a joint venture between Gulf Related and Abu Dhabi-based Mubadala Real Estate & Hospitality.

The United Arab Emirates is considered a “safe port” in what is often viewed as a hotbed of unrest in the Middle East. Over the past decade, Dubai has been the center of activity billions of dollars in new commercial real estate development. Retail has figured prominently in that growth. The two largest mega malls built include the Dubai Mall and Mall of the Emirates combined, which combined span some 7 million sq. ft.

Given that density, it is no wonder that Dubai has overshadowed growth occurring in the capital city of Abu Dhabi. Dubai attracts 10 million visitors each year, and it also is a prime shopping destination for about 60 percent of the 1.7 million people who live in Abu Dhabi. “Dollars are being spent in Dubai because that’s where the choices are today. We’re about to change that,” says Himmel.

The Galleria at Sowwah Square is a luxury retail and dining destination that is situated in the heart of a larger mixed-use development. The two-level shopping center is situated at the base of a larger mixed-use development that includes four 40-story office towers and two 40-story hotel towers. The mixed-use project also includes a medical component with a $3 billion Cleveland Clinic. The waterfront development represents Abu Dhabi’s new Central Business District and plays a key role in the city’s 2030 development plan.

The Galleria at Sowwah Square is expected to include about 120 different retail shops, as well as 25 restaurant and food businesses. “There is a very significant mix of retail and restaurant tenants that are interested in locating in Abu Dhabi,” says Himmel. The Galleria will focus about 60 to 65 percent of its retail mix on the luxury brands and 30 to 35 percent on bridge or more moderate-priced retail that appeals to a broader audience.

There is a pent-up demand of international retailers that are looking to expand into the Abu Dhabi market. Retailers are anxious to expand in a market that is known for the spending power of both residents and tourists. Dubai Mall and Mall of the Emirates for example are producing sales approaching nearly $1,000 per sq. ft.

Part of the reason for that success is because of the unique shopping patterns. Between May and October, temperatures in the United Arab Emirates exceed 100 to 110 degrees, so the air-conditioned space that these malls provide is very attractive. In particular, the shopping malls have come to play an important role in the local culture with peak activity coming between 6 p.m. and midnight when people are out dining and shopping.

“We expect the excitement that has been created by Sowwah Square to lead to significantly more development in the near future,” says Himmel. “I have a list today of between 40 and 50 tenants that I can’t accommodate in the project, because we are out of space.”