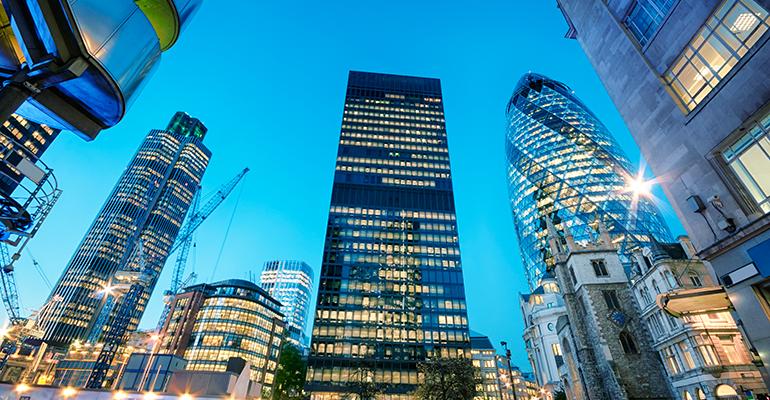 “Whenever you see that kind of heating-up of demand, you have to scratch your head and say, ‘At what point does this become a little bit overblown?’ ” Hunt said Wednesday at a conference held by Citigroup Inc. “We have been selectively selling some of the big cities, so we’ve been a net seller of New York, of London, and of San Francisco.”

Manhattan landlords have been facing falling rents after a wave of construction. Hunt said the years-long push to invest in commercial property was driven by investors seeking higher returns in an era of low bond yields, while also searching for longer-duration assets.

PGIM is “very happily” investing in markets such as Munich and Austin, Texas, Hunt said. “We’ve liked a lot of second-tier cities.”

PGIM has offices in 16 countries and counts almost half of the 300 largest global pension funds as clients, according to its website. The unit of Newark, New Jersey-based Prudential also has operations that originate loans and bet on stocks and bonds.

Active asset managers have been under pressure as many clients turn to passive, cheaper options. That’s spurred speculation that firms might seek more mergers and acquisitions, especially after Henderson Group Plc agreed last year to buy Janus Capital Group Inc. While there might be a slight uptick in deals, a wave of transactions is unlikely, Hunt said.

“There are some types of M&A that we could imagine would be a natural bolt-on to our multimanager model and which would actually really help fill a need that our clients have,” Hunt said, adding the company “would view it positively.”

Investors need to be prepared for lower returns than were available in earlier eras, or risk getting burned, Hunt has warned recently. He said Wednesday that multifamily real estate could be an area of concern.

“Rents have come up quite rapidly,” he said. “And I think the question is, ‘Can that really be sustained?’ ”