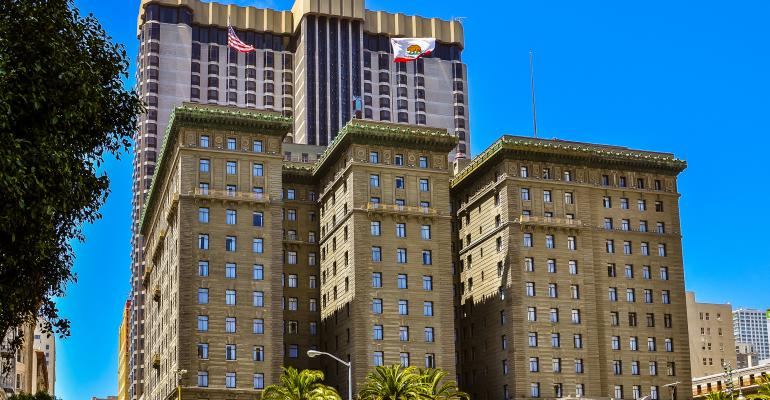 Mirae’s Winning Scratch of Hotels’ Purchase May Sink Other Deals

With Mirae allowed to walk away from its $5.8 billion hotel acquisition, more firms could follow suit.

(Bloomberg)—Mirae Global Asset Investment Co.’s successful move to nix a $5.8 billion purchase of 15 luxury U.S. hotels from Dajia Insurance Co. after arguing the coronavirus outbreak drained value out of the transaction may pave the way for other firms to walk away from deals they say were crippled by Covid-19.

A Delaware judge concluded Monday Mirae Global properly canceled the deal after China-based Dajia’s response to the Covid-19 pandemic meant it couldn’t meet conditions for closing the sale of the hotels, which included iconic properties such as the Westin St. Francis in San Francisco and the Loews Santa Monica Beach Hotel near Los Angeles.

The ruling -- the first in Delaware addressing the legal consequences of corporate counters to the pandemic -- likely will provide a strong basis for other attempts to torpedo deals, said Larry Hamermesh, a University of Pennsylvania law professor who specializes in mergers and acquisition cases and Delaware corporate law.

“It comes as no surprise that if you promise to operate a business in the way its been run before a pandemic strikes, then whatever changes you have to make are going to violate that promise and affect the deal,” Hamermesh said in an interview. “Covid has put a lot of stress on deals and now it’s going to make walking away easier than it had been previously.”

Dajia, which assumed the assets of struggling Chinese insurer Anbang Insurance Group Co., failed to operate the hotels in an “ordinary manner,” as required by the terms of the deal, while struggling to cope with the U.S. coronavirus outbreak, Delaware Chancery Court Judge Travis Laster wrote. Mirae Global pointed to Dajia’s move to shutter some hotels and lay off staff in response to the pandemic as violating the transaction’s specific language.

The buyout was among almost a dozen transactions that have fallen apart this year as valuations cratered on government-enacted lockdowns. At one point, a half-dozen such cases were before Delaware judges while others were filed in other states’ business courts, such as Michigan.

Some, including a fight between Tiffany & Co. and French clothier LVMH, settled. Tiffany sued to force LVMH to consummate a $16 billion buyout that the French company said was fatally impacted by the virus. The jeweler agreed to sell itself at a slightly reduced price.

Others could be affected by Laster’s ruling, Hamermesh said. Those include Kohlberg & Co’s suit seeking to back out of a $550 million deal to acquire a cake-decorations wholesaler and CorePower Yoga LLC’s request to nix a $23 million purchase of more than 30 studios from a franchisee. Both Kohlberg and CorePower Yoga argued that their targets were decimated by the coronavirus.

“It will depend on what language is included in the ordinary course covenants in these deals,” the professor said. Some mandate the businesses must be “run in exactly the same fashion as before the pandemic’s arrival and some give owners the latitude to use their reasonable best efforts” to match pre-pandemic operations, Hamermesh added.

One way some companies have dealt with unexpected fallout from the coronavirus is to negotiate a pandemic clause into the deal, said Charles Elson, a University of Delaware finance professor who specializes in corporate law.

“If you don’t take into account the possibility of a worldwide pandemic hitting economies hard and making once attractive deals unattractive, then you are risking this kind of result,” he said.

Mirae Global officials hailed Laster’s ruling and said they were grateful the judge recognized its “diligent and good-faith efforts to try to close the transaction” and decided to force Dajia to cover its legal fees.

Laster ordered Dajia to return Global Mirae’s $581 million deposit on the deal plus interest. He also ordered the Chinese insurer to cover the South Korean company’s legal bills in the case.

In his 242-page decision, Laster said Dajia officials couldn’t work out terms of proper title insurance for the hotels as part of the deal and that provided another basis for Mirae Global to pull out.

The Chinese insurer’s efforts to get clear title insurance was complicated by the actions of a group -- with ties to the company’s former CEO -- that laid claim to legal ownership of the hotels to satisfy what they said were legitimate legal awards, according to the court’s ruling.

The hotel portfolio was created by Wu Xiaohui, ex-CEO of Anbang, as part of an $18 billion buying binge starting in 2014. The Chinese government jailed Wu on fraud and embezzlement charges four years later and seized the hotels. Prior to Wu’s jailing, he signed an agreement empowering the group to use four Delaware shell companies to sue on his behalf if the government expropriated the properties. Dajia contends the agreement is fictitious.

The group -- led by a figure that went by the pseudonym of Andy Bang -- failed to win legal title to the hotels or get the courts to recognize what the Chinese insurer decried as phony arbitration awards totaling more than $800 billion.

While Laster rejected Xiaohui’s agreement and awards as not legally binding, he said the flap caused Dajia difficulties in getting title insurance required by terms of the deal. “The parties agreed buyer would not be obligated to close without insurance policies” that took into account the group’s fraudulent efforts to obtain the properties to nullify any future claims, according to the ruling.