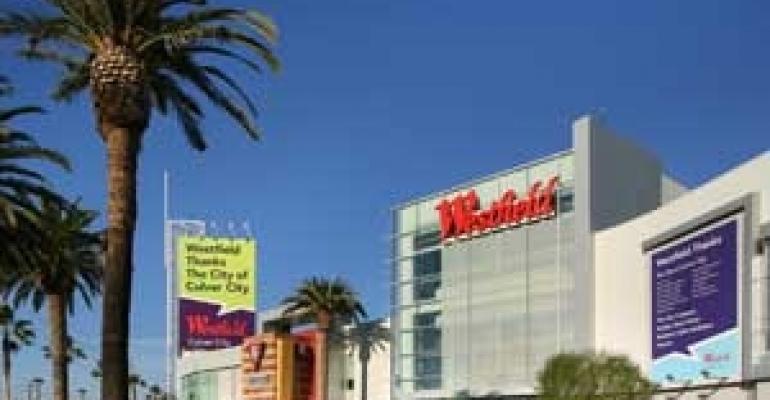 The Westfield Group’s sale of a 45 percent stake in its U.S. malls to Canada Pension Plan Investment Board (CPPIB) showcases once again institutional investors’ appetite for core retail assets in the United States. In the year ahead, more and more retail REITs will likely employ the strategy of entering joint ventures on their stabilized assets in order to raise capital for new acquisitions.

On Feb. 15, Sydney-based Westfield announced it was entering a joint venture with CPPIB for the ownership of 12 U.S. properties. CPPIB agreed to pay $1.8 billion in equity, and assume property level debt on the portfolio, which totals 13.5 million sq. ft. and includes some of Westfield’s best performing centers. The malls produce on average $456 per sq. ft. in sales and are 93.4 percent leased.

As of Dec. 31, the long-term yield on the properties averaged 6.29 percent, according to data provided by Westfield. Westfield plans to redeploy the capital from the transaction toward its development pipeline, expansion into Brazil and projects in Milan and New York City.

“What Westfield is doing is taking fully developed, stabilized assets and capitalizing them in order to invest in Brazil, which is a high growth emerging market,” says Donald MacLellan, senior managing partner with Faris Lee Investments, an Irvine, Calif.-based retail advisory and brokerage firm. “These are projects that they basically tapped all the value out of, they are pretty much established. That’s the strategy for REITs: Establish the assets, and then get institutional partners.”

On CPPIB’s part, the venture represents the ability to invest a large sum of capital at once in stabilized U.S. commercial assets—one of the best investment alternatives for institutional players in today’s market, according to Bill Rose, national director of the retail group with Marcus & Millichap Real Estate Investment Services, an Encino, Calif.-based brokerage firm.

As of Dec. 31, CPPIB held $14.4 billion in real estate investments, representing 9.5 percent of its holdings. After the deal with Westfield is completed, the pension fund will own 26 regional malls in the U.S., primarily in urban markets.

The market is currently full of investors like CPPIB, looking to place their money in either fortress malls or neighborhood grocery-anchored shopping centers, according to Richard West, director and leader of the national retail valuation group at CBRE. West estimates that in the fourth quarter cap rates on U.S. retail properties fell 15 basis points, to an average of 7.71 percent. The last time cap rates were that low was in 2008.

Although no official figure has been released, some brokers guess that the cap rate on the Westfield/CPPIB deal is somewhere in the high 5 percent range.

“If you look at the one-off sales of high-quality regional malls, the cap rates today are nearly as low as they were in the mid-2000s, at the peak of the market,” West says. “Since the values on the best malls have done so much better, it makes sense that these joint venture portfolio deals are getting done. The bottom line is that institutional grade and class-A mall investment market is healthy and equity and debt capital is just plentiful for this segment today.”

Last year, institutional investors accounted for 16 percent of real estate investment sales activity in the U.S., up from 14.2 percent in 2010, according to a fourth quarter report from FIT Consulting, a global consulting firm.

In 2012, foreign investors plan to place $687 million of equity in U.S. real estate assets, according to the Association of Foreign Investors in Real Estate (AFIRE), up from $562 million in 2011. Responders to AFIRE’s annual survey also ranked U.S. as No. 1 country for stable and secure investment and No. 1 country for capital appreciation.

“There’s capital” for more joint ventures like the one between Westfield and CPPIB, adds MacLellan. “It’s just a matter of whether the Simons, the GGPs and the Maceriches have another opportunity to redeploy” their money.