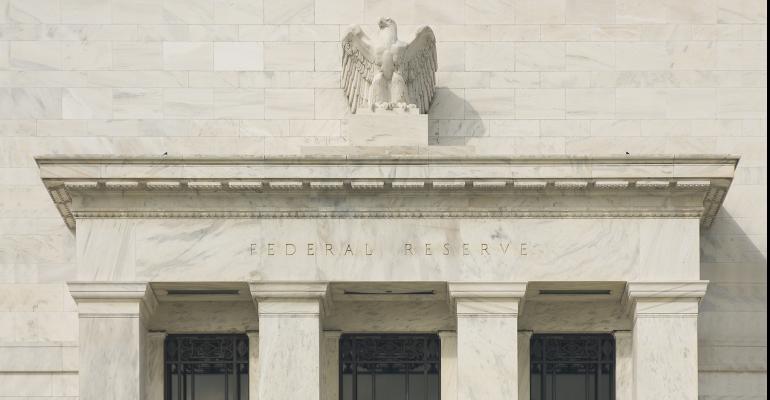 The Fed wants to keep long-term rates down because that reduces borrowing costs for individuals and businesses.

(Bloomberg) -- The Federal Reserve’s window to tinker with its bond-buying program may be narrowing, meaning there’s a risk that Treasury yields will climb faster than many predict.

At its final policy meeting of 2020, the U.S. central bank just decided not to tilt more purchases toward longer maturities -- something that could’ve kept a lid on longer-term interest rates. And while the Fed didn’t rule out eventually making such a change, a healthier U.S. economy -- possibly due to more fiscal stimulus if Democrats take control of the Senate after runoff elections on Jan. 5 -- could make it harder for the central bank to justify, according to some investors.

The mere possibility that the Fed might act more overtly to anchor long-end borrowing costs at some point has helped cap yields at that part of the curve. It’s a big factor behind why the 10-year rate stayed below 1% this week even amid progress on stimulus talks and after the Fed’s decision to defer action. If that policy option were to disappear entirely, that could well provide scope for rates to move up.

Shifting to longer-term bonds “becomes harder practically and politically and makes less sense to the market” as 2021 wears on, said Thomas Graff, a portfolio manager who helps oversee $100 billion at Brown Advisory in Baltimore. “The market is going to say, ‘Hold up, interest rates are rising because the economy is healing,’ and that won’t be viewed favorably.”

The Fed wants to keep long-term rates down because that reduces borrowing costs for individuals and businesses. A rise could derail any recovery from the current pandemic-induced economic slump. But the central bank would be less likely to lean against a rise in yields if it were a justified response to an improving economy and higher inflation.

The benchmark 10-year yield -- currently around 0.95% -- is seen ending 2021 at 1.25% and this year just below 1%, according to the median estimate in a Bloomberg survey of forecasters. Annual U.S. economic growth, meanwhile, is predicted to rebound to about 4% in the coming year.

One potential trigger for a shift higher in rates could occur in early January with the results of two Senate elections in Georgia. If both Democratic candidates win, the party would control Congress as well as the White House, significantly improving prospects for boosting U.S. government spending and Treasury issuance. Central bank policy makers would then get to evaluate all that at the next Federal Open Market Committee meeting on Jan. 26-27.

With Senate control currently in the hands of Republicans, Congressional leaders are currently wrestling over a roughly $900 billion package, but Democratic control would potentially put back on the table the trillions in relief that House Speaker Nancy Pelosi and her colleagues were pushing for much of this year.

How the market behaved on Dec. 16, the day of the Fed decision, provided some clues about the dynamics currently at work, with the curve engaging in brief bouts of steepening following news about stimulus progress and what central bankers did. But with Fed Chairman Jerome Powell choosing not to completely rule out a shift toward buying more longer-term debt -- known as extending the weighted average maturity, or WAM, among pros -- and expectations that fiscal stimulus may be at the more moderate end of previous negotiating ranges, the gap between 2-year and 10-year debt largely held to its recent range.

“Given where financial conditions are at now and expectations for a recovery in the economy, it doesn’t make sense to use WAM at this point,” said Charles Ripley, an Allianz Investment Management strategist based near Minneapolis. “But other risks could present themselves and it’s hard to pinpoint exactly when the Fed might step in,” though a sudden rise in the 10-year rate above 1.5% might raise alarm.

Still, “the probability of a WAM extension from the Fed decreases the further along the recovery is,” he said. “For market participants, this means the Treasury curve can continue to steepen.”

Even without additional fiscal stimulus, many are tipping toward forecasting a gradually improving U.S. economy in 2021 as the rollout of coronavirus vaccines enables a move toward normality. That’s the kind of economic path that could also set the stage for a steepening of the curve -- and which, some say, could complicate the Fed’s task of knowing when or if it should offset an unruly rise in rates.

“There’s no ceiling on where long-term yields could go” if the Fed removed the option of extending the weighted average maturity on its bonds purchases, according to Brown’s Graff. The 10-year yield would likely already be above the ever-elusive level of 1% and get as high as 1.30% to 1.40% next year based on positive economic momentum, Graff said.

All things considered, “the Fed will have the pandemic-related uncertainty to justify defending the long end of the curve” if needed, says Mark Heppenstall, chief investment officer of Penn Mutual Asset Management, which manages $30 billion of mostly fixed-income assets. And that’s true, he says, “even if economic growth surprises to the upside.”