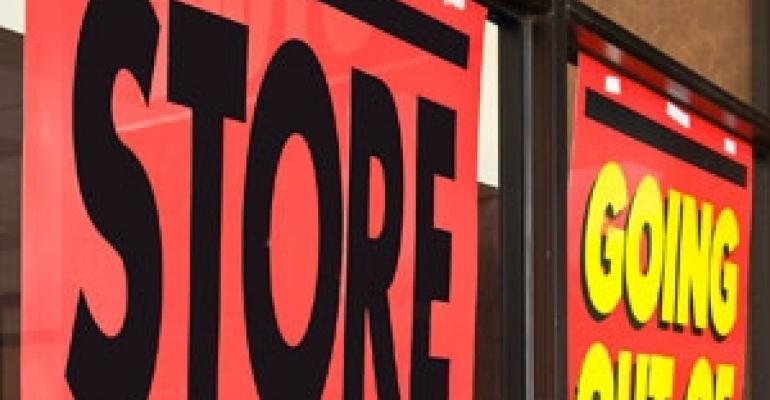 Store Closings Are Up Compared to Last Year, but Store Openings Are Rising as Well

In spite of landlords reporting improving leasing conditions in the retail sector, the number of announced store closings in the first half of this year increased almost 34 percent compared to the first half of 2011, to a total of 2,329, according to the most recent data from ICSC. Not to worry, though: Most of those store closings come as a result of retail companies right-sizing their portfolios and are complemented by a healthy amount of new openings, analysts and excess space specialists say.

In the second quarter, store closing announcements totaled 1,150, ICSC reports, accounting for 10.3 million sq. ft. of space. The figures represents more than double the number of store closings compared to the same period last year and a 72.6 percent increase in vacant and soon-to-be-vacant square footage.

The apparel sector accounted for 70 percent of all store closing announcements this period, with a total of 803. Grocery operators closed 35 stores and restaurants 33 stores.

While some of the store closing announcements in the first few months of the year did come as a result of bankruptcy filings, including those by Betsey Johnson and Ritz Camera, the majority did not. Many of the apparel retailers, for instance, are winding down the less successful of their brands. Examples include Charming Shoppes’ Fashion Bug and American Eagle Outfitters’ 77kids.

“I am not sure there is one universal answer why retailers are choosing to close stores now,” says Ryan McCullough, real estate economist with the research firm CoStar Group. “In some cases, like Best Buy, you can certainly point a finger at [the competition] from the Internet. But also, they don’t need as much stock inventory in their stores anymore. And for a lot of other companies on the list, it’s likely about strategy and competitive positioning.”

“Demand is growing because all the retailers are tepidly expanding; they are taking advantage of saturating markets they couldn’t otherwise saturate,” says Michael Weiner, president and CEO of Excess Space Retail Services Inc., a national disposition and lease restructuring firm. “Rents ultimately will start to climb at some point, although our economy is in a fragile state.”

Both Weiner and Graiser expect further “cleaning purges” by retailers, including among regional supermarket operators and smaller big-box chains. Many of those closing announcements, however, may not hit market until 2013, since retailers prefer to close stores in the first half of the year.