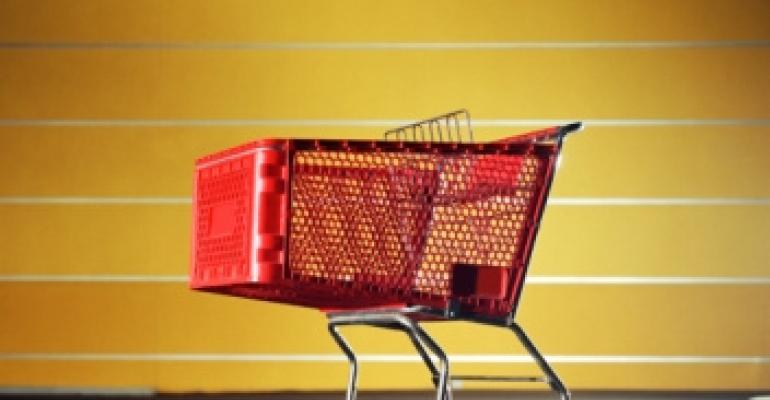 In addition, the new standards would require corporations, including retailers, to account for the full potential liabilities of leases—including options and percentage rent, not just the base rental fee. They would have to provide estimates on all contingency-based payments built into the lease, including renewal options, rent based on a percentage of sales and co-tenancy kick-ins.

So, for example, a retailer would have to account for the entire potential 15 years’ worth of costs on a lease with a five-year term and two five-year options. As a result, retailers’ debt loads could appear to balloon up to ten times their current levels.

The Securities and Exchange Commission has estimated that more than $1 trillion in operating leases throughout the entire commercial real estate sector would need to be reclassified when FAS 13 goes into effect. As it stands, the two accounting boards plan to finalize the leasing standards no later than the second quarter of 2011.

The problem with this is that over the past few decades, retailers, more than any other type of commercial tenant, have become dependent on using various forms of contingency rents, says Vivian Mumaw, global director of lease administration with Jones Lang LaSalle Retail, an Atlanta-based third party property management provider.

The intricacies alone will make it difficult to comply with the rule. Retail leases today typically have five- to 10-year terms, with multiple renewal options. In addition, virtually all retailers pay a portion of their rents based on percentage of sales—meaning they pay more if sales exceed a certain threshold—while many also employ co-tenancy clauses, which trigger decreases in rental rates if other retailers move out of a shopping center.

All of that will make it difficult for retail chains to accurately estimate liabilities for the entire length of each lease, Mumaw says. In order to do so, they would have to forecast macroeconomic conditions, as well as the performance of their brand and the performance of each individual store many years into the future.

The new accounting guidelines would also create a situation where the first half of a retailer’s lease term will carry higher liabilities than the second half of the term, which might become an issue for those companies that operate on low net margins, according to Mindy Berman, managing director of capital markets with Jones Lang LaSalle, a Chicago-based commercial real estate services firm.

“The pattern of rent expenses will shift from a straight line to a high and low pattern,” Berman notes. “Instead of it being the same amount every year, it will be higher in the first half of the lease. It’s going to cut into retailers’ net margins, which is the last thing they need at this point.”

That fact has led some observers to speculate that retailers will opt for shorter leases in order to blunt the impact of the high/low effect.

Still, some experts say that fears about the new rules are overblown. Rather than jettison plans for new stores or seek shorter deal terms to make lease accounting less cumbersome, retailers will become even more strategic than before in deciding which locations warrant longer terms and renewal options. As a result, after an initial adjustment period, new accounting standards may have a limited effect on retailers’ real estate decisions, experts say.

It’s true that retailers will likely limit their leases to 10 to 15 years because they would get inadvertently penalized for leases with longer terms, says Cynthia Groves, senior managing director, consulting, with the global corporate services group of Newmark Knight Frank. But few retailers today sign 20-year leases anyway.

Meanwhile, “if the benefit, from an accounting perspective, of a short-term lease without a renewal potion may not be significant enough to outweigh the operational benefit of having the ability to renew, then retailers might opt for longer term leases, perhaps without a renewal option,” Groves notes.

While in some cases the new rules might lead retailers to ask for shorter terms on unproven locations, in others they will still want to lock in good sites for as long as possible. For example, if a retailer finds a great site in a prime market, it would still make sense to sign a long-term lease, Mumaw says. The decisions will ultimately come down to what make sense site selection-wise, rather than accounting-wise, adds Berman.

What retailers will likely want to remove from leases will be contingency provisions, such as percentage rent. At the same time, to limit their lease liabilities in official statements, they might count recurrent property fees such as common area maintenance (CAM) charges as operating expenses rather than lease expenses.

“Retailers, at the end of the day, are going to expand based on cash flow and net margin,” Mumaw says. “I think what will happen is there will be an adjustment period, but I don’t think it will deter retailers from expanding. It might lead them to think differently about their lease terms.”

That’s not to say that Mumaw thinks the impact on the retail sector from the new accounting rules will be negligible. She expects that retailers will have to confront a huge task that will require them to spend substantially more money on lease administration resources, invest in new accounting technology and bring together all of their internal departments to figure out the best way to pursue new leases. Altogether, it might take up to 30 months before the retail industry gets used to living under the new guidelines. But the changes will not spell Armageddon for retail property owners.

“Real estate leasing is core to retailers,” Berman says. “It has been and will continue to be an important source of capital for [them]. Plus, in many cases, they can’t control their locations. If you are a retailer and you are in a mall, you don’t have the option to own it. Even if you are developing a new stand-alone location, you may not have the option to [buy] it.”

Berman thinks that concerns that retailers may ask for shorter leases to avoid the accounting hits are also not likely to be realized.

“[T]hat’s very reactionary and not very practical,” she says. “My feeling is this will force them to articulate their real estate requirements and [decide] which things they can give up and which they cannot.”