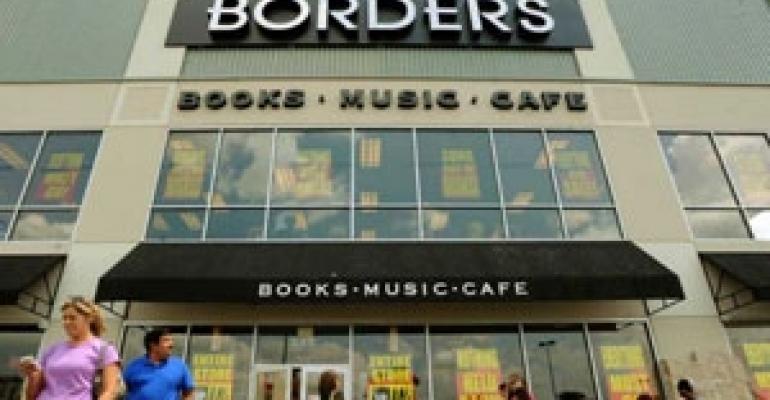 A Year Into Borders Liquidation, Space Absorption Progresses as Expected

A recent story in The Wall Street Journal bemoans the fact that big box vacancies remain hard to fill and that shopping center owners are defaulting on their mortgages because of it. But a brief survey of retail real estate insiders reveals that the story paints a misleading picture.

For example, it is true that today, approximately one-third of former Borders spaces remain vacant, according to research completed by brokerage firm Colliers International. But given that the real estate sector only recently came out of one of the worst downturns on record and that less than a year has passed since Borders filed for liquidation in July 2011, the fact that two-thirds of its stores have already been re-leased speaks to a healthy amount of demand in the big-box sector, according to Andy Graiser, co-president of AG Realty Partners, a Melville, N.Y.-based retail real estate investment firm.

In fact, because there has been virtually no new construction in the power center space in the past few years, expanding retail chains such as discounters TJ Maxx and DSW and upscale grocers such as Whole Foods, have no choice but to strike deals for second-generation big boxes, notes Mark Keschl, national director of retail services with Colliers.

Today, vacancies in the junior anchor space average 4.2 percent, according to Bill Rose, director of the national retail group with Marcus & Millichap Real Estate Investment Services. That’s only 80 basis points above the 3.4 percent national vacancy rate in 2007 and far below the peak vacancy of 5.5 percent in 2009. And while average rents are down from their high water mark of $11.62 per sq. ft., achieved in early 2009, at $8.77 per sq. ft. they are above 2007’s levels, when junior anchor rents averaged $8.36 per sq. ft., Rose says.

“If you just look at the metrics, vacancy is improving across the country in big-box lease-up,” he notes. But if one looks at mid-market centers alone, “that could easily paint the picture of it being a very difficult environment.”

The properties that are lingering on the market likely belong to one of two categories, according to Keschl—either the landlords own very high-quality real estate and are waiting to secure the same kinds of rents that Borders was paying, or they happen to be in secondary or tertiary markets with generally high levels of vacancies, so there is not enough demand to take care of all the supply.

It is unlikely, however, that a Borders’ exit would, on its own, push a shopping center into default, Keschl says. That might happen with a freestanding store, but at a multi-tenant property, the retailer was just not large enough to cause that kind of damage.

“Typically, at 25,000 sq. ft. or so, if that’s the only problem a shopping center had, it’s not enough to throw the center into default,” he says.

That’s not to say that big-box vacancies haven’t caused any problems for retail property owners, just that the centers most likely to experience delinquency or default issues tied to those vacancies are likely to carry some other burdens as well.

For example, if a property already had one anchor vacancy when Borders announced its liquidation the additional cash flow loss might have been the final straw needed to put it into default, according to Frank A. Innaurato, managing director of CMBS analytical services with Morningstar Credit Ratings LLC, Morningstar Inc.’s structured credit research and ratings subsidiary. There may also have been some centers where the exit of a big-box anchor triggered co-tenancy provisions lowering inline tenants’ rents.

“Where leasing of inline space was directly tied to the performance of the [big-box retailer], obviously a large problem can become a bigger problem,” Innaurato says. “If you have a recovering market, the [big-box] vacancy can be somewhat short-term. On the other hand, in some of these tertiary markets, or non-major markets per se, finding someone to take big-box space is easier said than done.”

Currently, 6.24 percent of all U.S. properties that featured Borders as a tenant and were financed with CMBS loans are in some stage of delinquency, representing 24 loans valued at $309 million, according to Manus Clancy, senior managing director with Trepp LLC, a New York City-based credit research firm. That’s lower than the national retail CMBS delinquency rate of 8.07 percent.

When Trepp, Morningstar and its peers were evaluating the potential impact from the Borders’ liquidation last year, that’s largely what they expected to happen, and the fact that some of the spaces have remained vacant doesn’t surprise anyone.

“It’s been a difficult three or four years, punctuated by a host of retailer closings. When you look at Circuit City, Linens ‘n Things, Steve & Barry, Borders and then add Sears and Macy’s closings, it’s an awful lot of space that’s been opened,” says Clancy. “Some guys have successfully refilled these spaces, but it’s not easy.”