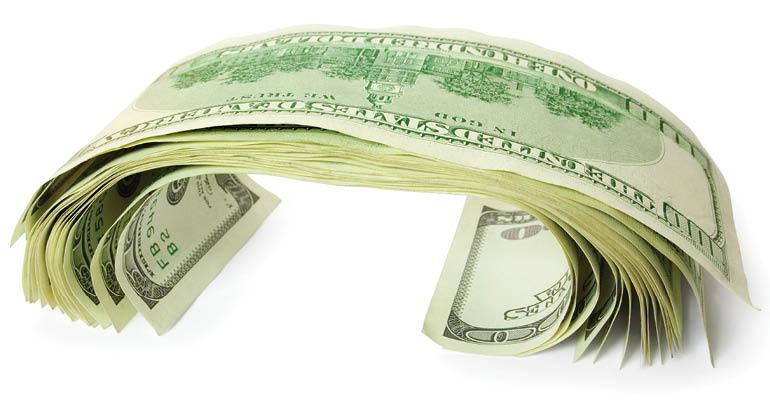 Bridge loan rates have dropped 25 to 100 basis points over the past 12 months, depending on the market and type of property.

Lenders chasing higher yields have crowded into the bridge lending space. And borrowers are cashing in on that competition with more favorable rates, and in some cases, more aggressive underwriting.

Bridge loan rates have dropped 25 to 100 basis points over the past 12 months, depending on the market and type of property. “We don’t know if that is here to stay or if it is a temporary blip due to the liquidity in the market, but there has been a decrease in rates,” says Alan Tapie, a senior vice president in the Atlanta office of Grandbridge Real Estate Capital, a real estate financing firm.

More capital is entering the bridge lending space from a wide range of non-bank sources, including institutions, private equity funds, REITs and fintech and crowdfunding firms. CMBS shops that have their own balance sheets are using them to do bridge loans and get higher yields. In fact, there are a handful of CMBS lenders who have scaled back their CMBS lending and are only doing bridge loans, notes Tapie. Even Fannie Mae and Freddie Mac have entered the bridge lending space within the past 18 to 24 months.

At the same time, the overall pie of bridge lending business appears to be shrinking.

Bridge financing typically involves short-term, three- to five-year loans used to finance transitional assets, those needing rehabs, upgrades and property repositioning. One of the main drivers for that business is the investment sales market, with value-add and opportunistic investors acquiring assets to reposition and sell.

“Transaction volume from an investment sales perspective is down from last year and that has trickled down to our space,” says Matt Snyder, a vice president in the Chicago office of Mesa West Capital, a privately-held portfolio lender. According to research firm Real Capital Analytics (RCA), sales activity fell to $75.7 billion in the first quarter, a 35 percent drop compared to the $116 billion in sales recorded during the same period in 2016.

“The combination of a lot more folks in the bridge space chasing fewer deals ends up driving down pricing for borrowers,” Snyder adds. And discounted rates are more prevalent in major metros that tend to have a bigger concentration of lenders.

Bridge loans are typically priced off LIBOR. So the recent Fed rate hikes on the federal funds rate have not had an impact on bridge lending rates. Most of the bridge loans Grandbridge arranges are for non-bank, non-recourse institutional deals on core, core-plus and value-add projects with pricing ranging from 250 to 700 basis points over LIBOR. The rate varies depending on the leverage, overall structure of the deal and strength of the sponsor and asset. A very complicated deal or a difficult asset to finance generally fall on the higher end of that spectrum, notes Tapie.

The lower rates are fueling more borrower interest in obtaining bridge loans. Yet rates can only go so low. Rather than competing solely on rate, some bridge lenders are finding that they have to work harder to win deals. Some firms are widening their target markets and doing deals in smaller metros and on different property types, or stepping outside of standard underwriting protocols.

“There are more players entering the market than exiting, and you are finding lenders trying to differentiate themselves to fend off some of the competition,” says Bobby Khorshidi, president and principal of Archway Fund, a non-bank bridge lender that focuses primarily on the Western U.S. with bridge loans ranging between $2 million and $20 million.

Lenders look for an edge

Some lenders are differentiating themselves by focusing on a niche product or property type, and in some cases they are relaxing underwriting standards to gain a competitive edge. For example, some bridge lenders are raising loan-to-value ratios (LTVs) to win deals or stretching on rent and pro-forma assumptions, says Khorshidi.

Lenders are also going into secondary and tertiary markets where there is less competition and rates are higher. “We are trying to stay true to our knitting and not chase deals in markets where we don’t feel comfortable,” says Snyder. That being said, Meta West did open its Chicago office two years ago and is now more actively looking at deals in the Midwest, especially with sponsors that the firm has worked with in the past. The company also has offices in Los Angeles and New York City.

Archway Fund has been doing bridge lending since 2009. One of the ways it has been able to maintain its lending volume amid competitive pressures is by leveraging existing relationships. “Relationships are of the utmost importance in our space,” says Khorshidi. If there are five buyers lined up for a deal, buyers are trying to distinguish themselves by saying they can move quickly on closing the transaction. They want to sit across the table from a lender and talk to the decision maker, and not be caught up in red tape and bureaucracy that can slow the underwriting process, he says.