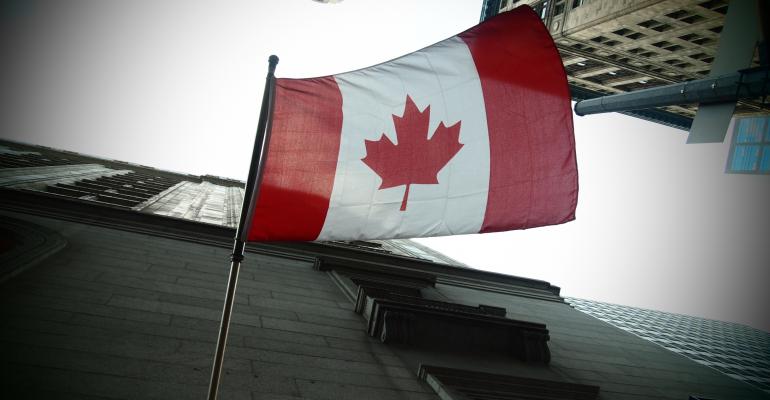 When people talk about foreign lending in the U.S., the first banks that pop into mind are often Asian or European giants such as Bank of China and Deutsche Bank. But we don’t have to look that far. Craning our necks just a little bit northward, let’s take a look at a somewhat quieter bank with a smaller, but growing, lending profile: Canada’s second largest lender by assets, TD Bank, a subsidiary of Toronto-based Toronto-Dominion Bank.

TD Bank’s commercial lending in the U.S. more than doubled in just five years, gradually rising from an estimated $705 million in 2010 to roughly $1.8 billion last year.

In late May, Toronto-Dominion reported a 10.4 percent earnings increase in the second fiscal quarter, beating analyst estimates. Though other large Canadian banks also reported a bump in profits, their growth was slower, with Royal Bank of Canada posting 2.8 percent higher earnings and Canadian Imperial Bank of Commerce, or CIBC, reporting 3.3 percent growth. Other Canadian institutions involved in U.S. commercial real estate include the Bank of Montreal and pension fund buyer Ivanhoe Cambridge.

Foreign lenders have a reputation for homing in on glitzy trophy properties such as Manhattan skyscrapers, but TD Bank tends to be more modest. Most of its commercial real estate loans are relatively small ones of under $10 million, many of which go toward multifamily properties. Its commercial real estate lending strategy involves issuing hundreds of these relatively small loans a year, with only about 10.0 percent of its 2015 loans going toward more substantial deals.

By contrast, TD Bank rival CIBC issued nearly twice the dollar amount in loans last year as TD but just a third as many loans in number, focusing instead on a greater number of large loans.

On the other hand, the TD Bank Group is one of a handful of lenders behind 1 Manhattan West, a 67-story, 2 million-sq.-ft. office tower being built in the massive New York development project Hudson Yards, which began with a rezoning plan 11 years ago and launched the opening of its first tower on the last day of May. Wells Fargo, Deutsche Bank, Bank of New York Mellon and Toronto-Dominion put up $1.25 billion in construction financing for the office tower, which is scheduled for completion in 2019. The prominent law firm Skadden, Arps will be the anchor tenant and has agreed to a 20-year lease, Brookfield Property Partners announced last year.

TD Bank, which was recently in the news for retiring its Penny Arcade coin-counting machines following reports that the machines were shortchanging customers, is active along the Eastern seaboard. This year, most of its U.S. commercial real estate loans were for properties in New York or Massachusetts, though it also financed properties in states including Pennsylvania, New Hampshire, New Jersey, North Carolina and Connecticut.

One of TD Bank’s largest loans this year, for $100 million, was issued in April for 44-41 Purves Street in the artsy, gentrifying Queens, N.Y. neighborhood of Long Island City. The property was previously registered as industrial, but in 2013, the same year it was sold for $32.2 million, the New York City buildings department gave the new owner—Simon Dushinsky, one of the two heads of the Brooklyn-based residential developer Rabsky Group—approval for a 26-story, 285-unit apartment tower at that location. The luxury rental building, called Halo LIC, offers amenities including a climate-controlled wine room, library, gym and sauna.

Smaller loans from "America's most convenient bank," as TD bills itself, include another New York loan issued in April: a $2 million financing for 50 Morton St., a 4,000-sq.-ft. townhouse in the West Village that was built in 1915. (Although the building has six apartments, half are reportedly rent-controlled or rent-stabilized.)

In Boston this year, one of TD Bank’s mid-range loans was for the Shore Plaza East apartments on Border Street in East Boston, an affordable-housing complex on Boston Harbor for which it issued a $51 million loan in May.

There are several reasons foreign lenders might find it’s now a good time to jump into, or deeper into, the U.S. market.

Foreign banks have some advantage over the eight largest U.S. lenders in the sense that they are not subject to the same capital surcharge regulations, which were recently increased.

Another U.S. regulatory measure that could have an impact is the PATH Act, a tax law passed in December that exempts certain foreign pension funds from being taxed on capital gains from investment in U.S. real estate. The law also raised the ceiling on the proportion of REIT stocks in which overseas investors can invest before being hit with U.S. capital gains tax, doubling it from 5.0 percent to 10.0 percent.

In addition, the rating agency Credit Benchmark found that global banks have “turned more cautious” toward the U.K. as the June 23 Brexit vote, in which Britain will decide whether or not to remain in the European Union, inches closer, the Financial Times reported in May.

And, if commercial real estate in the U.K. loses its luster, banks in the U.K. and elsewhere that may have considered putting more into U.K. assets could take a closer look at the U.S. instead.

TD Bank is well-positioned to capitalize on any advantages in south-of-the-border lending. Back in 2014, MarketWatch reported that Canadian banks were “moving to scoop up market share in the United States as the big U.S. banks deleverage to comply with new regulations and European banks retrench to meet stringent new capital requirements.”

TD Bank has been putting down roots along the East Coast for the past decade or so. It broke into retail banking in the U.S. with its acquisition of Banknorth, a Maine-based bank, in 2005. Three years later, TD acquired New Jersey-based Commerce Bancorp and integrated it with TD Banknorth to form TD Bank.

TD has since acquired auto financing firm Chrysler Financial and has become the primary issuer of Nordstrom credit cards in the United States. It also has a stake in online discount brokerage TD Ameritrade, and has nearly 1,300 branches along the East Coast.

“Shareholders like growth. So Canadian banks are looking to grow away from their positions,” David Beattie, Canadian bank analyst at Moody’s, has said.

Big overseas players betting lots of money on big, prominent properties may get a lot of attention, but behind the scenes, quieter foreign lenders like TD Bank are showing us that lending from abroad comes in all flavors, very much including maple.