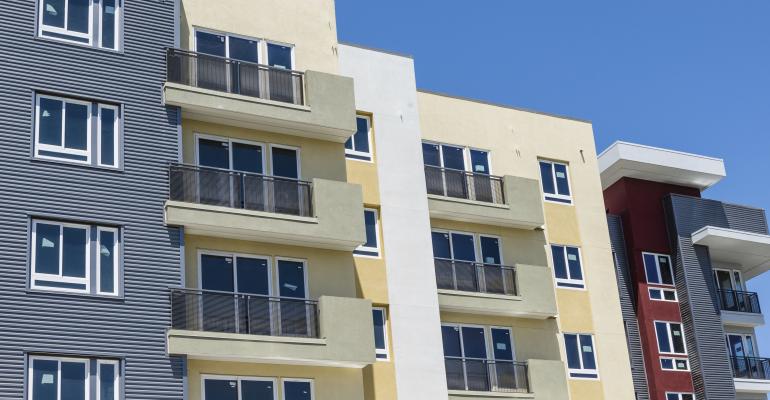 There’s no doubt that now is an interesting time in the mortgage market for multifamily assets located in secondary locations, brimming with potential, promise and uncertainty. With cap rates compressed in the majority of primary markets located in coastal cities across the U.S., many of the industry’s largest players are turning to secondary markets for opportunities to purchase properties with higher growth, and therefore yield potential. This is driving aggressive capital activity in these markets and resulting in upward pressure on multifamily rental rates.

These trends are resulting in significant growth potential across properties located in secondary markets that have been tempered by other large-scale market factors in the GSE and commercial spaces as the industry determines its “new normal” and adapts to the changes being brought about by the global economy and investment activity.

The secondary mortgage market today—promise through the shifts

While the demand for mortgages against properties in secondary locations has experienced strong growth over the past four years, key aspects of its character are experiencing historic shifts. One of the best examples of this is within the central region of the country, in cities like Oklahoma City, Okla., and secondary markets throughout Texas, where the availability of capital has been very strong because of the growth of the oil and gas industries. As those employment markets have grown weaker as a result of falling oil and gas prices worldwide, the mortgage market outlook in those areas is also waning, requiring a more conservative investment approach and allowing other previously less attractive secondary markets to take center stage.

On the commercial (CMBS) side of the market, the overall changes in investor demand for mortgage-backed bonds secured by properties in secondary markets have brought about shifts in bond pricing and availability of funds across the space. As the market grew over the past several years while institutional investors were seeking higher fixed income returns, more recently there has been a pullback in investor liquidity for higher yielding real estate bonds. As a result, along with the impending implementation of the Dodd Frank risk retention rules at the end of 2016, there has been a reduction in the number of origination shops that are active and flourishing. This creates a significant liquidity challenge for owners in secondary markets as CMBS has been a critical component of long-term, fixed rate, non-recourse finance in this marketplace. Going forward, the number of lenders intending to sell their mortgages via the CMBS securitization marketplace is expected to shrink, resulting in lower leverage financing levels and less availability of capital to those in secondary markets.

The current role of GSEs—market leader, not monopoly

After Fannie Mae and Freddie Mac were put into conservatorship following the 2008 recession, the GSEs held a critical role in providing liquidity to the multifamily markets during a time when other lenders were exiting these markets.

Now, eight years later, the GSEs’ liquidity is managed by volume caps that their regulator, the Federal Housing Finance Agency (FHFA), has placed on the funds they have available to finance multifamily products nationwide, caps that were set at $30 billion each for 2015. Following a particularly robust first quarter in 2015, the FHFA expanded its definition of affordable housing, a property type that is excluded from the GSEs’ volume caps, to allow them more latitude to promote investment and growth in the affordable, multifamily housing space. For 2016, the FHFA has increased the multifamily lending caps for the GSEs to $31 billion each and has expanded the list of exclusions from these caps to include loans for low-income apartments in rural areas and energy efficient properties that meet certain “green” criteria. Although it has expanded the list of exclusions from the GSEs’ volume caps each of the last two years, the FHFA remains focused on managing the GSEs’ multifamily market share, while also continuing to provide ample liquidity to the multifamily markets. Though the FHFA has not specifically indicated as such, the general consensus is that the regulator would like the GSEs to hold about 40 percent of the total market share in the multifamily space, with other parties constituting the remaining 60 percent. To that end, in 2016 FHFA will conduct quarterly reviews of the GSEs’ production and market size and, if appropriate based on market conditions, may increase their volume caps.

As we look forward, we do not believe that any significant GSE reform will take place in the immediate future, especially given that this year is an election year. No one knows for certain what is to come with GSE reform, but for now, it is business as usual, and business as usual has been very robust.

On the securitization of GSE-sponsored bonds in the first part of 2016, the significant volatility in the market created a lag between closing to securitizing a loan, causing prices to widen by approximately 10-20 basis points in just the past six months. Additionally, this widening bred uncertainty in GSE originations, largely as a result of the difficulty in determining where the deals will price, which further impacts investor confidence and purchasing activity. Particularly on the GSE side, the process of packaging and selling loans to institutional investors is affected largely by which party is absorbing the majority of risk prior to the completion of the securitization process.

On the CMBS side, much of the market’s focus at present has been on determining the “new normal” amid the large-scale changes and volatility that have been the rule as opposed to the exception recently. If fixed income investor demand for higher yielding mortgages grows, 2016 and 2017 could be milestone years for the CMBS market because of the “wall of loan maturities” that are now coming due from the 2006-2007 era. Unlike the GSEs, which have artificial backstops imposed by the government to even out dips and rises in response to larger market factors, the commercial side of the mortgage bond market is 100 percent private and governed by the free market, with changes in its activity often serving as accurate indicators of larger market trends. A significant concern within the GSE area at present is the current perception of artificially low mortgage pricing and the resultant low cap rates that investors are continuing to buy, while the rest of the commercial mortgage market has adjusted, implying a potential creation of a “bubble” across the multifamily investor space.

Some key observations to indicate investor potential for opportunity (in the face of volatility) across the commercial mortgage sector include:

It is safe to say that the availability of debt and equity capital for secondary markets has successfully “come back,” with cap rates and acquisition prices now at or above their pre-recession levels for most commercial real estate asset classes. While at the height of the recession, between 2008 and 2011, many industry players and investors remained firmly on the sidelines of acquisition activity within the multifamily market, eventually this turned into cautious “toe dipping” back in, first in primary, then in secondary markets. This, in conjunction with low interest rates, resulted in compression of cap rates, and spurred the influx of new construction projects in non-primary markets.

Going forward, multifamily market growth is expected to increase, as it is aided by several factors, including increased student loan debt and difficulty in purchasing a home, as well as the simple trend in younger age groups towards renting for longer as opposed to buying a home. All of this is firmly positioning multifamily housing options to continue to experience high demand, driving increases in rental rates and overall profitability. The steady growth will undoubtedly slow somewhat in the next year or two as the market reaches the point where renters become unable to afford the consistently higher rental rates. However, vacancy rates should remain relatively low.

Going forward, for both GSE and non-GSE lenders, financing in secondary markets will be property- and market-specific as opposed to the most recent “everything is financeable” era. While there are numerous lending challenges that will be dealt with throughout 2016, including the cost of borrowing, overall the availability of financing for properties in secondary markets should remain much stronger than what was experienced in the 2008-2011 period.