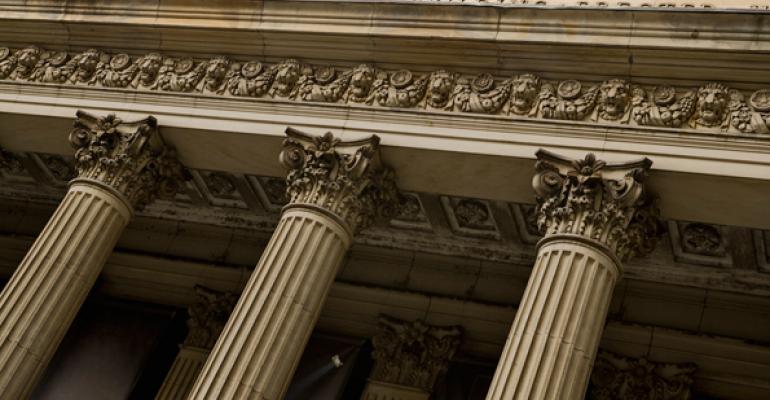 Clarification May Finally Be Coming for HVCRE Rule

Since the new rule went into effect in January 2015, banks have become increasingly frustrated with poor guidance clouding the new rule.

Banks may soon get the answers they have been waiting for when it comes to regulatory requirements for High-Volatility Commercial Real Estate (HVCRE) loans.

The HVCRE rule, which was introduced as part of Basel III regulations, effectively raised the capital reserve requirement for qualifying acquisition, development and construction loans. Historically, banks were required to set aside 8 percent of the value of those loans as a risk mitigant. Under the HVCRE rule, the required amount of capital to be set aside increased to 12 percent.

Since the new rule went into effect in January 2015, banks have become increasingly frustrated with poor guidance clouding the new rule. Banks are not entirely sure which loans will be classified as HVCRE or when those loans can be converted from HVCRE to permanent status.

“The confusion is not only what goes into the HVCRE bucket on day one, but when those loans can come out of the HVCRE category,” says Christina Zausner, a senior director, policy and industry analysis, for the CRE Finance Council.

Regulators have issued some FAQs related to HVCRE. However, the info didn’t provide the details banks were looking for, and banks have not been able to get that clarity in talking with their bank examiners, notes Bruce Oliver, associate vice president for commercial/multifamily policy at the Mortgage Bankers Association (MBA). That industry frustration has resulted in a new bipartisan bill H.R. 2148 introduced by Congressman Robert Pittenger (R-NC) and Congressman David Scott (D-GA) that aims to clarify the existing HVCRE rule.

Due to the uncertainty, banks have generally been erring on the side of caution and classifying things as HVCRE even when they probably are not, notes Oliver. “Every bank makes its own decisions, but our understanding is that an awful lot of them have been pretty conservative about how they draw the line when it is not entirely clear,” he says.

The HVCRE rule has been blamed for a pullback in bank construction lending. The costs associated with holding more capital either end up being passed along to borrowers, or that type of lending becomes less profitable for the bank.

“Banks have put a lot more scrutiny on these types of loans and have had to work more closely with borrowers,” says Ashley Gunn, associate director for commercial real estate at the MBA. In some cases, banks are lowering loan amounts and requiring a bigger equity commitment from borrowers or raising rates because of the HVCRE requirements, which may prompt some borrowers to seek out non-bank financing alternatives, she adds.

The essence of the legislation is to create better definitions and clarification of what does or doesn’t qualify as HVCRE loans. For example, the legislation spells out an exclusion that loans to acquire or improve an existing property—where the property is performing and the loan would otherwise meet the bank’s underwriting standards for permanent financing—would not be defined as HVCRE. “That would be an important clarification,” says Oliver. Other key points to the bill as it currently stands include:

Regulators not out of the mix

Lower capital costs and more flexibility in structuring loans would certainly be good news for banks, and in theory, would also improve liquidity and lower capital costs for borrowers. “It is refreshing that this is a bipartisan bill, which has to be a positive,” says Oliver. There is also strong support for the legislation from the commercial real estate industry.

It is difficult to predict the timing of when the bill will move forward and what it might look like at the end of that process. It may also get overshadowed by other, more pressing issues on the agendas in both the House and the Senate, such as tax reform, that could slow its progress. However, the fact that legislators on both sides of the aisle have recognized the need to clarify the HVCRE rule may give the regulatory agencies a nudge to deliver needed guidance.

The legislation does a good job of addressing some of the uncertainty related to the HVCRE rule, but at the end of the day it is the regulators who should be revising their own work to avoid a potential disconnect between regulation and legislation, notes Zausner. As part of their review of outdated or burdensome regulations, the federal bank regulators placed the HVCRE rule as their first priority in a joint report to Congress, as part of the Economic Growth and Regulatory Paperwork Reduction Act (EGRPRA) released in April.

Regulators did not tip their hand in terms of what they would do, but their prioritization was most likely a tacit acknowledgement of the confusion around the rule and an indication that they intend to provide banks with a more helpful playbook, notes Zausner. Now that new leadership is starting to trickle into the agencies there could be some progress on providing additional guidance for this rule separate from anything that might happen in Congress, she adds.