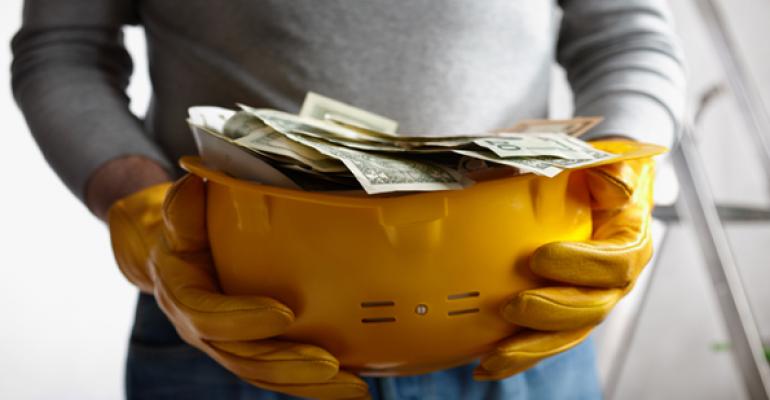 Big banks have long been the standard “go to” source for construction financing. But their diminished appetite for those loans is sending developers scrambling to secure other sources of capital to fund new projects.

Large banks have pulled back on constructing financing this year due to tighter regulatory requirements and concerns about exposure risk in some property sectors and geographic regions, notably high-growth apartment markets such as Florida and New York.

“Banks are responding to changing conditions by requiring larger equity contributions, higher pre-leasing ratios and tighter underwriting of the rent roll and anchor tenant,” says Kevin Sellers, a director in the Scottsdale, Ariz. office of real estate capital services firm Cohen Financial. In addition, some banks are declining to accept applications for certain property types for which they are nearing their allocation limits, he says.

Strong projects with appropriate equity injections and managed by experienced sponsors are still obtaining financing through commercial banks. Other borrowers are having to search for alternative sources of capital that include smaller regional and community banks, life companies and private equity debt funds.

Regional banks that have been relatively quiet on construction lending in recent years are now increasing that activity. Bank of the Ozarks and Fifth Third Bank are among those that have emerged as very active construction lenders in the past 12 to 24 months.

“They are really coming onto the scene now and are able to pick and choose, because of the lack of options for borrowers,” says Dan Cooperman, chief originations officer at the New York City-based Terra Capital Partners, an income fund manager that originates bridge and mezzanine loans and preferred equity investments.

Community banks are hoping to grab a bigger piece of the real estate financing business now up for grabs. According to the FDIC, bank lending volume for real estate loans increased a slight 1.6 percent during the first quarter to total $20.3 billion. However, community banks saw a bigger jump in activity with their real estate lending rising 11.9 percent.

“We take a conservative approach, but we are in growth mode,” says Calixto Garcia-Velez, executive vice president at FirstBank Florida in Miami. The $12.5 billion regional community bank recently hired a new team of commercial banking lenders, including a construction lender, in an effort to grow its portfolio of real estate loans. FirstBank can lend up to $30 million on construction loans, and is actively lending on new shopping centers, apartment buildings and owner-occupied real estate.

Mezzanine lenders such as Terra Capital also have benefited from that shift. A year ago, the lender was doing almost no construction loans. Over the past 12 months, about half of its lending activity has been going towards construction financing. Terra Capital provided about $200 million in mezzanine loans during 2015 and expects to do a similar volume in 2016.

Some of the large banks are being more selective on deals, as well as reducing loan-to-cost amounts. Eighteen months ago, a bank may have been willing to provide a loan at 70 percent loan-to-cost, whereas today that has dropped to 55 or 60 percent, says Cooperman.

Terra Capital is stepping in behind the primary bank lender to provide that additional 10 to 15 percent in financing.

“It has created an opportunity for us to participate in more construction deals at a loan-to-value that is more consistent with a first mortgage provider like a bank, but we are able to generate the pricing that we typically require as a mezzanine lender,” says Cooperman. Although borrowers typically look at the blended cost of capital for the entire loan, bank financing tends to be much cheaper at 4 to 6 percent compared to mezzanine loans at about 12 to 15 percent.

Other players are coming to the table as primary lenders. Some life insurance companies have attractive construction to perm programs for loan amounts in the range of $10 million to $30 million and higher. Large debt funds, including the likes of Blackstone and Starwood, are also willing to do construction loans. Non-bank lenders are underwriting construction projects similar to commercial banks, but without the restrictions of property type limits and regulatory compliance.

“In certain scenarios, unregulated debt funds have stepped into a void created by the new banking regulations,” says Sellers.