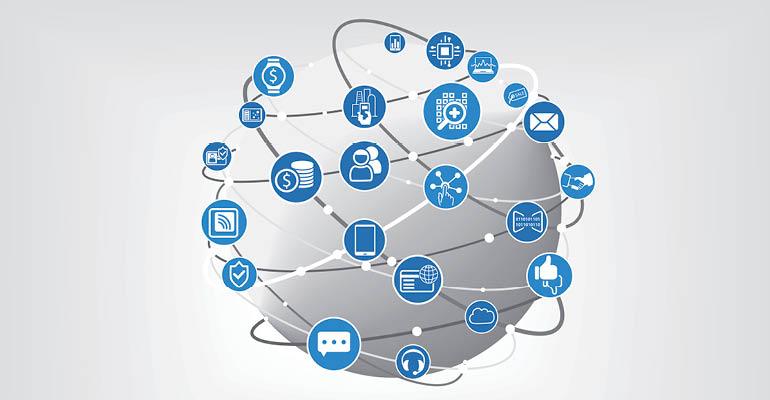 Many industry observers would agree that there is not a level playing field as it relates to regulation for fintechs and non-bank entities as compared to the banking sector.

Regulators are scrambling to catch up with the explosive growth of fintechs and non-bank financial institutions, while also grappling with the bigger question of whether more oversight is needed to create a more level playing field.

“The growth in non-bank financial institutions and their lending activities in commercial real estate has certainly been an issue that the regulators have been keeping an eye on,” says Dr. Sam Chandan, associate dean and head of New York University’s Schack Institute of Real Estate. “Up until now, we haven’t seen any significant regulatory intervention or oversight, which does raise a couple of questions.”

Many industry observers would agree that there is not a level playing field as it relates to regulation for fintechs and non-bank entities as compared to the heavily regulated banking sector. “We are at a point in financial services where we have these guidelines from the government on banks that are regulated in all of these different ways, and we have very little guidelines as to what a fintech company can and can’t do,” says Timothy Milazzo, co-founder and CEO of StackSource, an online platform for commercial real estate loans that offers borrowers options from a variety of bank and non-bank lenders.

That imbalance is nothing new for commercial real estate lenders. During the last cycle, there was uneven regulation across different lenders such as banks, life companies and CMBS shops, notes Chandan. The increased regulatory scrutiny on banks during this post-recession cycle has prompted some borrowers to seek out non-bank alternatives where they can get better terms. “We have seen anecdotal evidence that banks have seen high-quality borrowers migrate to other sources of capital,” he says.

Losing good quality borrowers, even on the margin, is not the intent of enhanced regulation. The overarching objective is to establish some consistency in regulatory oversight and not create an uneven playing field or an unfair competitive advantage. However, there are some obstacles standing in the way of increasing regulation for fintech companies and non-bank lenders.

“Conditions in Washington now are such that there is not a strong appetite for expansion of regulation into new classes of lenders,” says Chandan. If anything, the current environment is one where the industry is likely to see the playing field leveled by less aggressive regulatory oversight for banks rather than any expansion of regulatory authority for fintechs, he adds.

Consumer protection is always going to be scrutinized by the government, notes Milazzo. “That being said, it seems that we have a more anti-regulation administration in Washington,” he says. President Trump has said in the past that he would eliminate two regulations for every new one that is written. So it is not likely that regulation is going to be ramping up very fast even as fintech has exploded with innovation, he adds.

There will continue to be a focus on initiatives by government agencies to bring some sense to what’s going on and to catch up and modernize some of their existing regulations,” says Milazzo. In December, for example, the Office of the Comptroller of the Currency (OCC) proposed creating a new national bank charter for fintech companies that would involve an application to become special purpose national banks.

In May, the Conference of State Bank Supervisors (CSBS) Board of Directors announced its Vision 2020 for fintech and non-bank regulation, which is a series of initiatives designed to create an integrated, streamlined 50-state licensing and supervisory system for non-banks by 2020. CSBS is a member organization of state regulators across the country. In addition to banks and credit unions, the state regulators oversee roughly 20,000 non-bank entities that include a variety of businesses such as mortgage lending, consumer finance and debt collection firms among others, according to the CSBS.

There has been a rapid acceleration of fintech firms entering lending and other banking services over the past two years, notes Jim Kurtzke, CSBS vice president of communications. “What the states have noticed is that there are some hurdles that have inhibited or slowed the process in which companies can come in and quickly expand their business operations,” he says.

State regulators are hoping to achieve greater efficiency by relying on regulation technology; changing practices at the state level to be more aligned with each other; and gathering input from the fintech industry itself. To that point, the CSBS is in the process of creating a fintech advisory committee where the industry can discuss “pain points” that exist and participate in conversations about potential solutions, adds Kurtzke.

Fintech regulation, like the industry itself, is still evolving. Regulators are watching to see how various types of alternative debt sources function, how active they are in the current cycle and how those lenders perform as the market cools and delinquencies rise, notes Chandan.