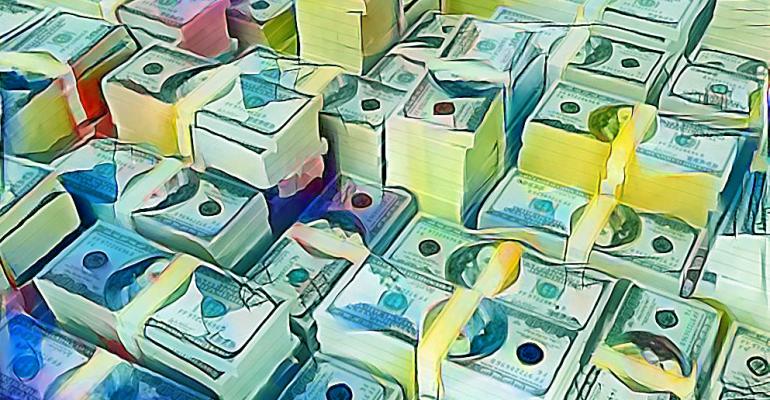 In a Q&A with NREI, Art Rendak, president of Inland Mortgage Capital, discusses what the future holds for short-term bridge loans ranging from $3 million to $12 million.

For commercial real estate investors seeking money to prop up a property, relatively small loans can be hard to come by. Private lender Inland Mortgage Capital wants to fill that void.

In early 2015, Inland Mortgage Capital — an affiliate of The Inland Real Estate Group of Cos. — launched a bridge lending program offering non-recourse loans under $13 million for value-add or distressed properties in five categories: retail, multifamily, industrial, self-storage and office. In all, Inland Mortgage has lent $160 million, with about 45 percent of that money going toward retail projects.

The loans, with terms of up to three years, feature an 80 percent loan-to-stabilized-value ratio for multifamily and 75 percent for the four other categories. Rates are LIBOR plus mid-5 percent.

In a Q&A with NREI, Art Rendak, president of Inland Mortgage Capital, explains how the company’s bridge lending program works, what type of borrower it targets and what the future holds for short-term bridge loans ranging from $3 million to $12 million. This Q&A has been edited for length, clarity and style.

Art Rendak: It’s the concept of “value-add” or “value creation.” We’re lending against that hoped-for value creation. In some cases, maybe there’s not a ton of value creation, it’s just a borrower who’s got a CMBS loan that’s maturing, didn’t want to put the capital in or couldn’t get the servicer to do something, and then the loan matured, and he comes to us and says, “Hey, I know how to solve this problem. I need to have some tenant improvement dollars. I’ll put some money in. I’ve owned this asset for 15 years; I’ve never missed a payment.” It’s really sort of a business plan-ish kind of lending.

NREI: What’s a typical amount for this type of mortgage?

Art Rendak: Our program is geared to $3 million to $12 million. We’re doing small and mid-size projects; that’s our niche. We feel like there’s not a lot of funds that are focused on that size deal.

NREI: Why is it beneficial for Inland Mortgage Capital to be in this niche?

Art Rendak: There’s an adage in lending, and probably in buying assets as well, that “No matter the size of the deal, it’s the same amount of work.” Many of the debt funds feel like they need to do a $50 million deal because they get more bang for the buck in one fell swoop. Where we may do six deals to get to $50 million and we get the same amount of assets on the balance sheet.

Our belief is that we spread that risk over six deals—that’s a better proposition. Hopefully we get a little bit more spread for doing smaller deals. It’s more for the diversification of risk for us, though. And there’s less competition, frankly. The other funds are looking for the bigger deals. They’re not playing in our space at that size.

NREI: What has your loan volume been since Inland Mortgage Capital launched?

Art Rendak: Since the beginning of 2015, we’ve done $160 million in loans. We’re looking to have our best year this year. Our goal is $100 million in 2017; we hope to surpass that. We’re trying to double the size of our portfolio. We’ve got plans to do some hiring, and we’re trying to raise a little equity. We’ve got a lot going on to grow, because we really believe our product is filling a niche in the market.

NREI: What criteria do you have for the projects that you finance?

Art Rendak: It’s got to start, obviously, with the right product type. We’re not doing ground-up construction, but we’re doing transitional assets, whether it’s renovations to the interior or maybe light renovations to the outside of a center to freshen it: the parking lot, the façade on a retail deal, or maybe an office deal that’s a lobby refreshing.

NREI: When you’re looking at sponsors, what criteria do you use?

Art Rendak: There’s really no tried-and-true prototype. It’s mostly the experience. Someone who’s never done a deal and maybe doesn’t have any experience with commercial real estate at all is probably going to need to have some compelling reason for why we would do the deal.

We’re actually looking at a deal right now with two guys who’ve done a lot of leasing, but don’t own a lot and haven’t owned a lot. But they’ve had a long history of leasing. The project is a leasing play. These two guys seem like they really know what they’re doing. They’ve had great success in leasing, and this is really just a situation where they can use their talents and fill the building up and take it to the next level. A lot of times our bridge loans give guys like that a chance to make a lot of money.

NREI: How long is demand going to hold up for this type of mortgage?

Art Rendak: We think it’s got a long shelf life. Certainly, the regulations as they exist today—Dodd-Frank and capital requirements—would be great for us, since we compete a lot against banks. A lot of these debt funds that have been put together saw the same thing we did.

Some easing of the regulations could allow the banks to get more aggressive, maybe change their credit philosophy as it exists today. It’s hard to predict the future; you never know what’s going to happen. But I think banks are going to be a lot different than they were in the mid-2000s and in the early ’90s, when they were just gung-ho [on] real estate and put money out there. I think there’s going to be a real need for folks like Inland Mortgage to fill the credit gap.

We feel very good that there’s a lot of discipline in the lending market, for the most part. I would think the cycle’s going to last quite a bit longer.