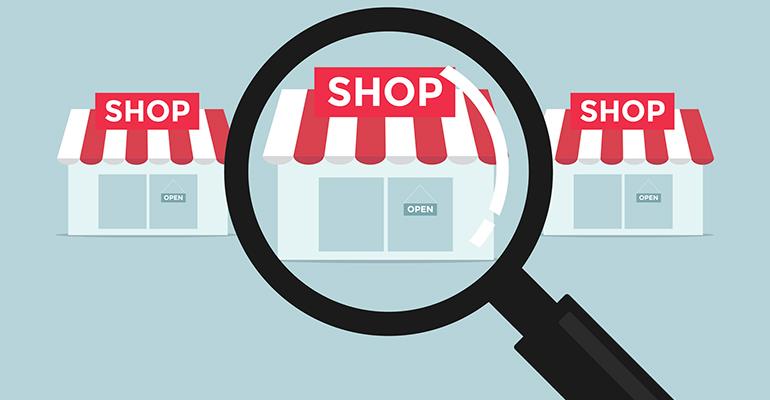 Lenders Still Willing to Finance Retail, but Be Prepared for Extra Scrutiny

It is not entirely business as usual in a retail sector that has been hit by a double whammy of rising e-commerce sales and shifting consumer shopping patterns.

Storm clouds hanging over the retail sector have not sent lenders running for cover. There is still plenty of capital available for acquisitions, refinancing and even value-add redevelopment and new construction. Yet lenders are putting deals under the microscope and borrowers are finding that some projects are a tough sell.

“The market is very liquid with a variety of suitors for retail loans, including CMBS, banks, life companies and credit unions,” says James DuMars, a managing director in the Phoenix office of capital services provider NorthMarq Capital.

CMBS is still the most aggressive option if borrowers are looking for maximum leverage and non-recourse loans. “We’ve seen debt yields compress in the past 60 days for well-located retail properties to below 8.5 percent,” says DuMars. If borrowers are willing to sign recourse deals, banks and credit unions are a good option, while life companies are actively lending on loans leveraged below 60 percent, he notes.

Yet it is not entirely business as usual in a retail sector that has been hit by a double whammy of rising e-commerce sales and shifting consumer shopping patterns. Lenders have become increasingly cautious of the property type given the bankruptcy announcements, surge of store closings and weaker tenant credit ratings, especially in the mall sector. Since 2016, 20 mall-backed loans have transferred to the special servicer, according to Morningstar.

In its Q1 2017 Issuance Recap report, research firm Trepp LLC noted that uneasiness surrounding store closures and bankruptcies has resulted in more conservative underwriting and greater investor scrutiny, especially as it relates to exposure to lower producing malls. Retail issuance also dropped significantly in the first quarter, accounting for a much smaller share of the issuance pipeline than during the previous quarters.

Nearly half of the $10.5 billion in CMBS issuance during the first quarter was secured by office properties, according to Trepp. Lodging loans commanded the second-largest volume by property type at $1.63 billion. Retail loans were a close third at $1.60 billion. However, retail issuance was nearly half the $3.1 billion recorded in first quarter 2016, according to Trepp.

Lenders have not been oblivious to the tumultuous changes impacting the retail sector. “It is no secret to anyone in the market that retail has changed. There are no such things as guaranteed, long-term tenants—regardless of what their credit rating may be today,” says Leo Leyva, co-chair of the litigation and real estate departments, as well as the real estate special opportunities group at the New York law firm Cole Schotz. Some lenders have stepped away from the retail sector, and those that have stayed in have made requirements much more stringent or have pulled back on the amount of financing available, he adds.

There also is a bigger divide emerging between the “haves and have notes” in the retail sector. Strong projects and sponsors have an easier time lining up capital than properties that may have weak locations, tenant credit or occupancies. Nevertheless, even for problem properties there are bridge and opportunistic lenders stepping in to fill that gap.

In the past two months, Cole Schotz has completed two retail financings on the borrower side. One was for an approximately 400,000-sq.-ft. shopping center in New Jersey that was a stable, fully-leased asset. A life insurance company provided the $100 million loan. On the flip side, the second borrower was looking for $50 million in financing for a retail condo property in SoHo in an area where vacancies have ticked higher and rents have dropped in the past year.

The SoHo deal required seeking out alternative sources of capital, such as private equity funds, because of the perceived risk. “So there is still money out there, but some of it is coming from alternative sources for some of these retail projects,” says Rab N. Nalavala, a member of the real estate, real estate special opportunities and construction services departments at Cole Schotz.

Lenders step up due diligence

Generally, lenders are tightening underwriting and doing more due diligence. Regardless of the type of retail property, the first thing lenders are looking at is property sales, says DuMars. Do the sales make sense when compared to occupancy costs, and what are the sales trends over the past several years? Sales that are trending negative are going to present an issue and may result in lower leverage and a higher debt yield, or in some cases, a pass by the lender, he says.

The second step is examination of tenant credit. A deal involving a local grocery chain with no investment grade credit rating will be harder to get done, says DuMars. If it’s a run-of-the-mill operator and its sales are flat and not commensurate with occupancy costs, it’s going to be a tough sell. CMBS lenders may look at the deal, but they are going to want to stick with leverage of 65 percent or lower. The lender will want some structure and need to understand the viability of the overall chain itself, DuMars adds.

Occupancy history is another big focus. Lenders prefer tenants that have been in place for five to seven years, or longer. They want to understand how long spaces have been vacant and what the true prospects are for leasing the vacancy up, says DuMars. “They want to determine if an anchor tenant’s business is viable for the long term or will be put out of business by Amazon,” he adds. Lenders are also underwriting the quality of the location and the future viability to be re-tenanted if the property should lose a key anchor or other tenants.

Many lenders are more than willing to be in the retail sector and more than willing to make the loan, but they may be a little bit more conservative on leverage, capital reserves and money available for tenant improvements and broker commissions. They want to see sponsors with more skin in the game, notes Leyva. “So there absolutely is a lending market out there for class-A, class-B and class-C retail, but we find more and more it is all about the relationship and the track record,” he says.