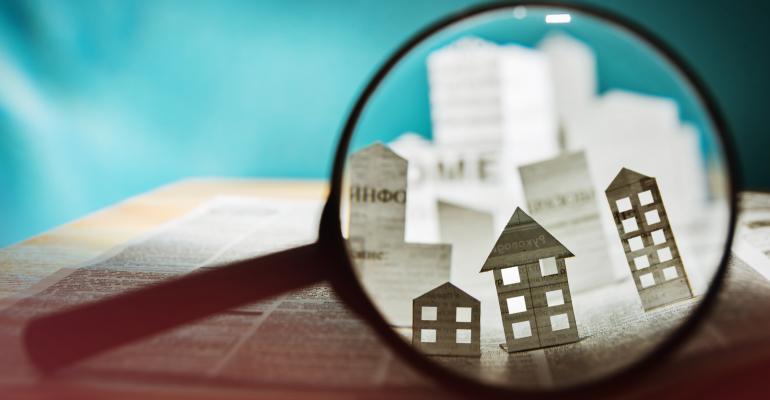 The looming demise of LIBOR (London Interbank Offered Rate) has been broadcast far and wide over the past year. As the countdown clock winds down to the Dec. 31, 2021 termination date, regulators and policymakers are working to make sure that the transition to a new benchmark is as seamless as possible.

Last week, Fannie Mae issued the real estate market’s first securities backed by what is expected to be the new alternative to LIBOR in the U.S.—the Secured Overnight Financing Rate (SOFR). The $6 billion debt transaction was scheduled to settle on July 30th. According to Fannie Mae, the floating rate notes, offered in three maturities of six, 12 and 18 months, were met with “strong investor demand.”

For the U.S. real estate industry, it represents a tangible and highly visible move away from LIBOR towards a new base rate for valuing floating rate debt. The financial services industry is in the process of phasing out LIBOR, a benchmark that has been in place since the mid-1980s. Currently, LIBOR supports pricing or valuations on more than $300 trillion in financial products worldwide, including floating rate commercial and residential mortgages, commercial business loans, student loans, credit cards and derivatives in the U.S.

The decision to eliminate LIBOR came on the heels of a huge scandal in 2012 that revealed rate manipulation that was occurring at some of the largest banks in the U.K. That scandal resulted in reforms followed by an official announcement by the UK Financial Conduct Authority in July 2017 that the benchmark would be fully phased out by the end of 2021.

Even without the scandal, some believe that a move to replace LIBOR was long overdue. According to Spencer Levy, Americas head of research for real estate services firm CBRE, LIBOR is a benchmark that was subject to influence from a small group of people that was a throwback to the 19th century. The new base rate is expected to be more objective and transparent. “The market is going to be in a better place with the new benchmark in place,” he says.

Yet there is still plenty of work ahead to make a smooth transition. “Policymakers must recognize that phasing out the LIBOR is an extremely significant change for the global financial system, and therefore they need to exercise extreme caution and extreme care in their approach, implementation and communication,” says Kevin Thorpe, chief economist and global head of research for real estate services firm Cushman & Wakefield.

Although the credibility of LIBOR has been badly damaged by rate manipulation scandals, it has been a global benchmark borrowing rate for more than 30 years. As a consequence, any change needs to be done in a way that does not cause market disruptions, adds Thorpe.

The U.S. has been working to come up with a replacement for the past few years. The Fed launched its Alternative Reference Rates Committee in 2014, which resulted in the introduction of SOFR in April. “Once that gets traction, I think that market will eventually move to SOFR, but that hasn’t happened yet,” says Levy.

Aside from the recently announced Fannie Mae deal, financial markets have yet to make any major adjustments in preparation for the shift from LIBOR to SOFR. The industry has been sitting back and waiting for SOFR to get more established as the new measure of a base rate, notes Levy. Lenders are not going to make the change until they are comfortable with the new base rate, and for now, loans are still getting priced off of LIBOR.

“The equity markets, the real estate markets, the credit markets have all taken the news of the LIBOR phase-out largely in stride, which is telling,” says Thorpe. So far, LIBOR uncertainty has created no noticeable change in the pricing dynamics for U.S. commercial properties. In addition, a phase-out of LIBOR could be a smaller issue for commercial real estate compared to other types of credit, given the prevalence of fixed-rate funding, he adds. It should also be noted that bridge loans issued prior to 2017 likely won’t be impacted as they often have three-year terms and will reach maturity prior to the phase-out at the end of 2021, says Thorpe.

That being said, financial documents are being adjusted to account for the transition ahead. “Most commercial loans have language in contracts if LIBOR is unavailable and reference a substitute rate, such as a federal funds rate, prime or some other rate that is designated by the lender,” adds Max B. Mellman, managing partner at Max Benjamin Partners, a real estate capital advisory firm. Lenders also have to go back and change some of the language in documents on legacy loans.

Paving the way for SOFR

The topic of LIBOR has moved back to the forefront in recent weeks due to regulators that are pushing the industry to start laying the groundwork to make the transition. Some have compared the phase-out of LIBOR to preparing for Y2K nearly two decades ago. Most of the transition is happening and will continue to happen behind the scenes, with no real impact to borrowers. “I am nearly 100 percent confident that the new rate will be valued almost exactly the same as LIBOR—even to the penny,” says Levy.

SOFR has been establishing a pricing track record over the past four months, but it does need more trading history so that capital markets can have more confidence in it. Once people have that confidence, the financial industry will move more quickly to establish it as the new benchmark. Likely, it will take at least another year to establish market confidence that the base rate is stable and reliable, says Levy. An official announcement on SOFR as the new base rate is still at least a year away. That will be followed by a transition period between the old rate and the new, which is expected to end well ahead of the 2021 expiration of LIBOR, he notes.

“The hope is that whatever replaces LIBOR fully regains the trust of the financial world, and that the new replacement does not impair liquidity, does not cause market disruptions and provides an important benchmark for floating rate transactions for the property markets,” says Thorpe. However, the bottom line is that it is still too early to draw conclusions, he adds.