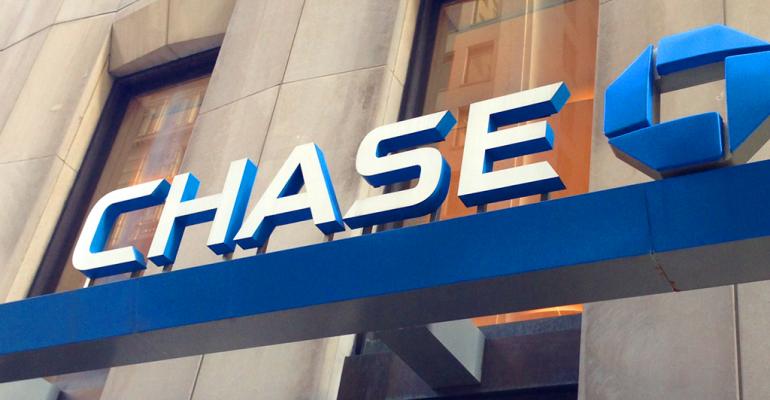 Looking at Three Big Lenders’ CRE Portfolios Outside the Gateway

Although these lenders are major players in the Big Apple, their presence extends beyond that vaunted gateway market.

Germany’s Deutsche Bank and U.S. lenders JPMorgan Chase and Wells Fargo were three of the top commercial real estate lenders in New York City in 2016, a CrediFi analysis has found. Although those lenders are major players in the Big Apple, their presence extends beyond that vaunted gateway market. Here’s a glimpse of the national portfolios of each of these lenders:

Deutsche Bank issued a $106 million loan for four industrial properties in Illinois in 2016, including 855 Bonnie Lane and 2355 Touhy Ave. in Elk Grove Village, which is near O’Hare International Airport and is one of the largest industrial parks in the country. The other two properties included 747 Glenn Ave. and 818 Chaddick Dr., both in Wheeling, Ill., about 30 miles from Chicago.

Other assets financed by Deutsche Bank loans in 2016 included hospitality properties in secondary markets such as Phoenix and San Diego. Deutsche subsidiary German American Capital Corp. issued a $26 million recapitalization loan for the 584-room Pointe Hilton Tapatio Cliffs Resort on North 7th St. in Phoenix, which was appraised in 2015 at a value of $88 million, and a $21 million loan for the 147-room Hampton Inn on Kearny Mesa Road in San Diego. Both were securitized in the CMBS deal DBJPM 2016-C3 Mortgage Trust.

Yet 2016 was “a very challenging year” for Deutsche Bank, CEO John Cryan said in a letter to shareholders. The bank’s revenue was down 10 percent in 2016, to 30 billion euros, or about $32 billion. Major challenges included negotiations with the U.S. Department of Justice over the size of its fine for dealing in mortgage-backed securities ahead of the 2008 financial crisis. Deutsche Bank said in its annual report that reports of the negotiations “impacted our revenues and client balances.”

Though the $7.2 billion settlement, reached in December and finalized in January, could have a long-term negative impact on Deutsche Bank’s profitability, it is far below the initial fine of $14 billion, and the resolution of negotiations may give investors a greater sense of certainty. Litigation costs contributed to a fourth quarter 2016 net loss of $2.05 billion.

Other difficult situations Deutsche Bank faced in 2016 included being singled out by the International Monetary Fund as the most important net contributor to systemic risk and U.S. arm Deutsche Bank Trust Corp.’s failing the Federal Reserve stress test over capital planning weaknesses. Deutsche is also highly exposed to any Brexit fallout and, as a major CMBS lender, is vulnerable to the recent drop in CMBS lending.

Still, it could stand to gain from its relationship with the Trump family. Some members of Congress have warned that President Donald Trump might give Deutsche Bank special favors, saying Deutsche “has been the only major Wall Street bank to continue to lend to Donald Trump and his entities in the wake of six Trump-business bankruptcies.” Indeed, Deutsche Bank has led or participated in loans totaling at least $2.5 billion since 1998 to companies with which he is affiliated, according to a Wall Street Journal analysis in March 2016.

Outside of New York, JPMorgan’s transactions include a $54 million loan for the North Hills Village shopping center in Pittsburgh, $44 million of which is securitized in the CMBS deal JPMCC Commercial Mortgage Securities Trust 2016-JP4. Another JPMorgan loan in the same deal is a $38 million five-year loan for the 211-room Hotel Palomar in downtown San Diego and an adjacent three-story retail and entertainment building totaling 31,300 sq. ft.

On a national scale, CFO Marianne Lake said in a fourth quarter earnings call that JPMorgan had pulled back in certain markets, including Dallas, Houston and parts of Brooklyn, and that the bank had no net charge-offs in commercial real estate in the final quarter of 2016.

Of the three lenders discussed here, Wells Fargo made the biggest year-over-year leap in its New York City commercial real estate lending, which jumped by 46 percent in 2016 to over $3.5 billion, giving it a 5 percent market share. The increase brought Wells Fargo from No. 8 in the 2015 annual CrediFi ranking to No. 4 in the 2016 ranking.

Addressing the scandal surrounding what federal regulators said in September was Wells Fargo’s creation of millions of unauthorized bank and credit card accounts, Tim Sloan (who replaced John Stumpf as CEO after Stumpf quit in the wake of the scandal) said in a fourth quarter earnings call that account openings were down from a year earlier. However, customer experience scores improved from the lows seen in early October, though they had yet to reach previous highs.

The 2017 CMBS deal also includes a $22 million loan originated by Wells Fargo in December for the Carrollton Avenue Shopping Center in New Orleans and a $14 million loan for Whitehall Corporate Center VI, a five-story class-A office building in Charlotte, N.C.

Deutsche Bank, JPMorgan and Wells Fargo were among the biggest commercial real estate lenders in New York City in 2016. But as national financial institutions, they extended their financing far beyond the Big Apple, partly through securitized loans in cities including Pittsburgh, New Orleans, Phoenix and San Diego. The deals yielding revenue gains for two of the banks and asset gains for all three, despite what for some was a challenging year.