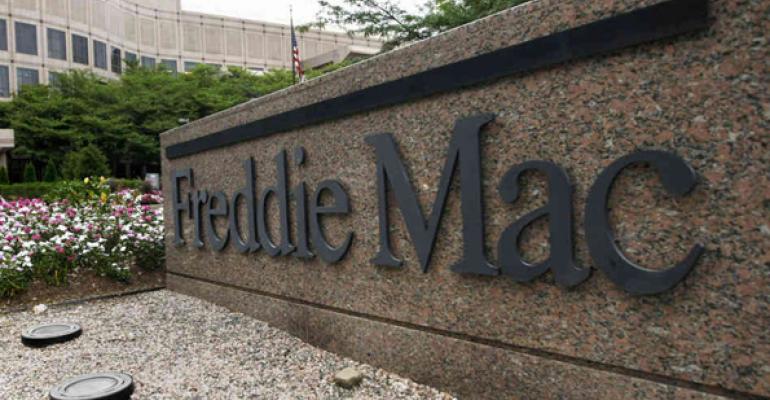 Higher caps for Fannie Mae and Freddie Mac will deliver some welcome liquidity to a still booming multifamily investment market.

The Federal Housing Finance Agency (FHFA) announced on May 4th that it has increased the 2016 multifamily lending caps for Fannie and Freddie from $31 billion to $35 billion each, effective immediately. That is a substantive move higher from caps that were set at $30 billion and $25.9 billion for both 2014 and 2013. Add in the uncapped business, and the combined agency lending could approach $100 billion this year.

As part of its 2016 Scorecard, the FHFA also modified some of its qualifications on the non-capped side of the business to broaden the scope of qualifying affordable, workforce and rural housing, as well as properties that meet specific green and energy efficiency standards and certifications. Those exclusions, coupled with the cap increases, will allow the agencies to provide “sorely needed” liquidity to the growing multifamily market, says Michael McRoberts, managing director and head of agency lending at Prudential Mortgage Capital Company in Newark, N.J.

Multifamily sales are coming off a peak year in 2015 and there is likely to be more growth ahead. The overall multifamily financing market is expected to expand from approximately $220 billion in 2015 to approximately $260 billion in 2016, notes McRoberts. The increase comes as concerns are rising about a maturing market cycle, a possible bank pullback due to regulatory pressure and continued volatility in the CMBS sector. U.S. CMBS issuance year-to-date through early May was at $25.1 billion, down about 45 percent compared to last year, according to Commercial Mortgage Alert, an industry newsletter.

Greater liquidity in the marketplace should help keep rates low for borrowers. Fannie and Freddie aren’t likely to raise spreads dramatically as was the case last year, notes Paul Cairns, senior vice president and managing director for capital services at financial intermediary firm NorthMarq in Minneapolis. Both agencies had to tap the breaks last spring, effectively raising rates as a means to slow down lending activity that had them racing towards their caps very early in the year.

The general view is that this increase should give both agencies “plenty of runway” to get business done in 2016 in what remains a very active investment market, adds Cairns. Last year, Fannie Mae provided a total of $42.3 billion in financing to the multifamily market, while Freddie Mac emerged as the top multifamily lender in the country at $47.3 billion.

Fannie and Freddie are a significant source of capital for the multifamily marketplace, and their liquidity does have a big impact on the broader market.

“Last year, we saw a displacement in the market when we had to slam on the breaks in April and May due to cap issues early in the year that did have ripples throughout the market,” says Jayson Donaldson, president of NorthMarq’s Fannie Mae and FHA divisions. “The market did settle out, but a repeat of last year would not be a welcome outcome,” he adds.

McRoberts anticipates the cap expansion to have the biggest benefit on providing liquidity to the workforce housing segment. Prudential is actively expanding its footprint in the agency lending space, including deals that would fall within the cap, as well as non-cap business. For example, Prudential Mortgage recently provided a $62 million fixed-rate loan for the acquisition and renovation of Squire Village Apartments in Manchester, Conn. The loan for the 379-unit affordable multifamily property was originated under Freddie Mac’s Tax-Exempt Loan (TEL) program.

Certainly, Fannie and Freddie are pumping a lot more liquidity into the sector. For example, the $35 billion cap is nearly triple the $13 billion Freddie Mac spent in 2006. However, the market has also grown a lot bigger. Last year was a record one for apartment building sales at $151.8 billion, as compared to the $99.8 billion in assets that traded in 2006, according to Real Capital Analytics (RCA), a New York City-based research firm.

“I think it was somewhat expected, because the (FHFA) had said they were going to review things on a quarterly basis, and make adjustments as need be based on the size of the multifamily market,” says Cairns.

Generally, the goal has been to keep Fannie and Freddie at a financing level that represents roughly 30 percent of the overall apartment financing market. During the midst of the Great Recession, Fannie & Freddie accounted for about 70 to 80 percent, but during a healthy economy, the norm is closer to 30 percent, he says.

There is a chance that Fannie and Freddie may not hit the new caps. For example, a large chunk of the business that Freddie did last year involved financing for very large portfolio transactions. The agency did nearly $15 billion in financing for portfolio acquisitions alone. “If they don’t do those again, their volume may drop quite a bit,” says Cairns.