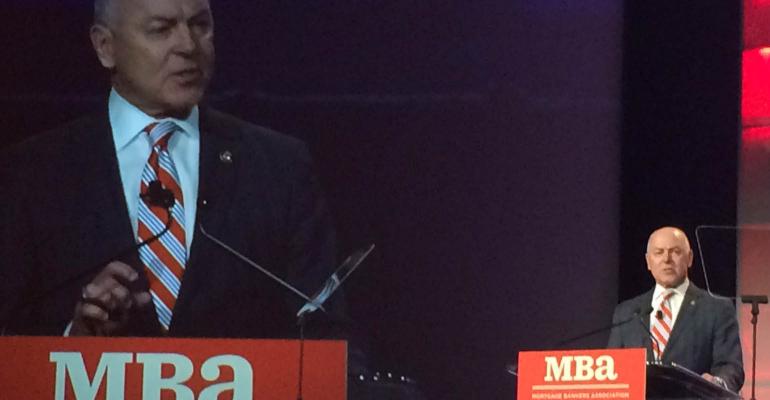 Here are the takeaways from day one of the show.

As the annual MBA’s CREF/Multifamily convention got underway this week in San Diego, attendees expressed a healthy level of appetite for originating new loans and a desire to lend the same amount or more this year than they did in 2017. Last year, commercial and multifamily mortgage originations increased by 15 percent compared to 2016, according to preliminary estimates from the MBA’s quarterly survey of commercial/multifamily bankers. With a growing number of players in the debt space, that growth rate is likely to be matched in 2018. But greater competition might also come with some downsides. Here are the takeaways from day one of the show: