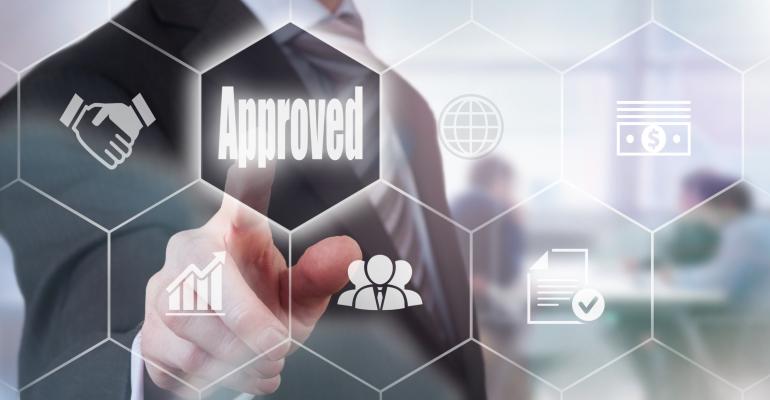 Early on during the course of the negotiations, we advised the client of a structure that could have saved approximately costs in title insurance premiums under New York&rsquo;s statutory title insurance rates.

Fairly recently, our group closed the refinancing of a multi-billion dollar single asset mortgage loan which included the advance of new additional dollars. A portion of the proceeds was used to defease an existing securitized loan (defeasing that loan was a transaction unto itself). The rate for the new facility was a historically low rate for a 10-year fixed rate loan.

Since the transaction was relatively high-profile in our industry, for the purposes of this piece, I will use some hypothetical figures to drive home the point of the magnitude of costs that can be saved with the loan structure discussed in this article. Let us assume for this purpose that the new mortgage loan was in the amount of $1 billion and that the “old money” mortgage that was defeased was $600 million.

Early on during the course of the negotiations, we advised the client of a structure developed in concert with the lead title insurer, which if accepted by the rating agencies and the new lender, would have saved approximately $555,000 in title insurance premiums under New York’s statutory title insurance rates (using the hypothetical figures above). In the end, the rating agencies would not confirm that the proposed structure would not result in the rating of mortgage-back certificates being downgraded (an intentional double-negative) and the new lender did not agree to use the structure—there really was not a solid explanation given for the refusal other than it was not a customary structure. The new lender could not get assurances from the rating agencies that it would not result in a downgrade of the then-anticipated CMBS issuance or otherwise adversely affect the CMBS rating, and, consequently, salability of the loan once securitized. The loan was definitely headed for securitization; it was the first time I had ever seen securitization counsel distributing drafts of offering circulars and term sheets a week before the actual closing of the loan while portions of the loan agreement were still being negotiated (this was not going to be a warehoused loan).

Drop down vs. recycling

In a refinancing of this sort, some lenders prefer, or insist upon, a so-called “drop down,” which includes the creation of a new entity that is wholly owned by the borrower (i.e., the borrower in the loan to be refinanced) and the conveyance of title to that new entity as part of the new loan closing. This preference stems from the comfort that the nascent entity will not have an operating history and will not be in violation of the ever important single purpose entity covenants (believed to avoid a substantive consolidation should a bankruptcy occur at some tier of ownership). In New York City such a transfer is not subject to New York State or New York City real property transfer taxes since there is no change in beneficial ownership. In the case of a securitized loan, where a “recycling” of the borrower is permitted by the lender (i.e., the borrower for the old mortgage is permitted to be the borrower for the new mortgage and no “drop-down” is required), the lender will require a recycling certificate in order to satisfy the rating agencies involved in the securitization. This is a stand-alone certificate that has a variety of certifications, many of which are similar to representations in the loan agreement (including with respect to the borrower entity’s special purpose bankruptcy remoteness) and is also used to confirm that the existing borrower entity to be recycled has not violated single purpose entity covenants throughout its history of existence. These are covenants relating to the “separateness” of the borrower entity, to ensure that ownership and operation of this one property to be mortgaged will be the borrower entity’s only real property and that the entity has conducted its business in a manner that is less likely to result in the borrower entity being dragged into a bankruptcy of an attribute.

The savings on title insurance premiums could only be achieved if the ultimate owner was permitted to “recycle” the existing borrower entity and where a “drop down” was not required by the lender (there is also a time limitation of 10 years from the time the previous mortgage was insured).

The conventional manner to document a new loan of this sort would include (a) the old lender assigning its notes and mortgages to the new lender, (b) the borrower and the new lender entering into a “gap note” and “gap mortgage” for the additional money being lent (in this example in the amount of $400 million) and (c) the borrower and new lender then consolidating all of the promissory notes (the old notes and the gap note) and amending and restating the notes and mortgages to include all of the new loan terms. This approach is used in New York because mortgage recording tax (2.8 percent of advances) is not due on the “old money” (here the $600 million), but instead mortgage recording tax is due only with respect to the “new money” (the gap mortgage for $400 million). In our example, this would save $16.8 million in mortgage recording tax.

Title insurance is issued on the full amount of the loan. New York, being a statutory rate state, requires the payment of a new title insurance premium. In this structure, a full title premium is paid on the new money and a 30 percent discount applies to the “old money” (as shown in the chart below).

Under this structure, there is a 50 percent discount on the title premium on the amount of the existing first mortgage lien and a 30 percent discount on the amount of the new money. The double discount is only available where the borrower under the new second mortgage is the same borrower as the borrower under the previous $600 million title insurance policy (the policy obtained when the $600 million mortgage was put in place years earlier; however, there is a 10-year rule that applies respectively to each discount). It is the combination of the absence of a “drop down” (which avoids a change in the borrower under the prior title insurance policy) and the use of the first mortgage/second mortgage structure that triggers the savings.

Unfortunately, in our transaction, despite hearing from lender’s counsel that they could not identify any meaningful incremental legal risk resulting from the proposed structure, including no incremental bankruptcy risk, we were unable to assuage the unidentified fears of the rating agency with the structure and, given our inability to do so, the lender’s fears of the impact this approach might have on the rating of the CMBS then or in the future.

The less conventional structure would not have changed the mortgage recording tax due on the new money, which in our example would be approximately $11.2 million.

One irony of the situation was that as we had anticipated and argued, in the securitization process the promissory notes (having been consolidated on the conventional approach ultimately utilized) were then split into A and B notes of various amounts in a manner substantially similar to the first and second mortgage structure proposed. In our view, there was not a practical reason to disallow the less conventional structure and no good argument was put forth by any of the parties involved as to why it could not be used (other than the fear of the unknown).

Somewhat lost in the discussion above is the time pressure under which our transaction closed. There was an expensive rate lock agreement in place (and rates were increasing), the existing mortgage loan was being defeased and the defeasance needed to occur on a particular date during the rate lock period. Given more time, it is possible that the rating agencies may have become more comfortable with the proposed structure.

Until such time as rating agencies are comfortable with the structure that was proposed or there is a formal rating agency process for using this structure, we believe the opportunity to utilize the structure and achieve significant savings for a client will only occur outside the realm of securitization (for example on a balance sheet loan transaction).