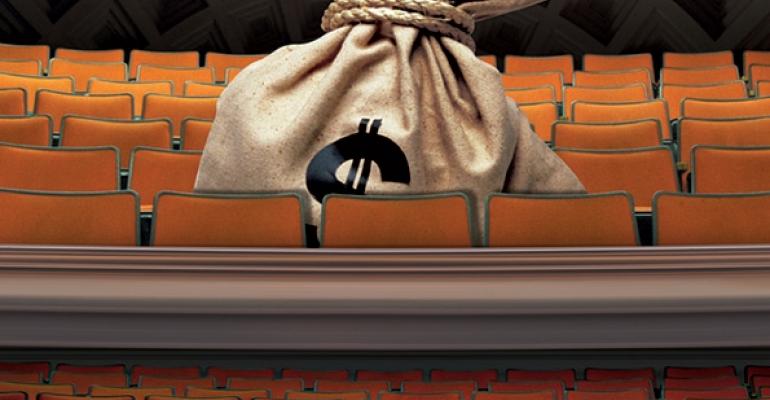 This year, commercial real estate investors saw CMBS retreat as a financing solution, while alternative lenders stepped in to fill the gap. For private equity firms, debt and mezzanine financing in particular has become a very active niche business.

Analysts at London-based research firm Preqin expect that in 2016, private equity real estate debt funds will outpace the $15 billion in debt funds raisede in 2015. Of firms engaging in these funds, 48 percent are targeting mezzanine loans and 23 percent are looking at bridge loans (compared to 5 percent that were looking at bridge loans in 2015).

“The rise in debt investing is one result of the absence of other lenders (particularly in areas of the market banks may consider too risky), as well as the low return environment. Investors see debt funds as delivering attractive returns,” says Andy Moylan, head of real estate products at Preqin. Year-to-date, $11 billion was raised by U.S. private equity funds, he notes.

In the two years between 2013 and 2015, private equity fund managers fueled $58 billion in real estate debt fundraising. In the six-year period between 2006 and 2012, only $8 billion total was raised in this segment.

“It is more about debt funds this year and about private equity acting as lenders, providing equity to a debt fund. It’s another way to generate equity returns within a loan,” says Will James, vice president of debt and equity production at NorthMarq Capital, a debt and equity provider for commercial real estate investors. James says he has seen an uptick this year in both bridge and debt deals.

According to the Preqin’s Real Estate Spotlight 2016 report, 18 percent of private real estate investors are targeting debt strategies in the next 12 months, up from 10 percent a year ago. Debt funds are here to stay, according to Moylan, and Preqin expects to continue to see more money raised in the niche.

Retail is one sector in which alternative lenders ought to step up to the bat. There are $47 billion in conduit loans coming due for regional malls, and “they have nowhere to go. Regional malls are not financeable right now,” says James. “Those debt funds are a good opportunity for this type of retail property, as well as for older power centers that were anchored by Sears and Kmart.”

New bridge lenders including Calmwater Capital, Streamline Realty Funding, ACORE Capital, Amherst Capital and RealtyMogul have come to the market in the past four years. These firms are looking for deals and offer spreads on their loans that range anywhere from 500 to 800 basis points over LIBOR. “They are favoring apartments, student housing, industrial, grocery-anchored retail,” James says.

According to James, most alternative lenders are structuring deals in the 500 to 600 basis points range. “The lowest and highest would be 400 over LIBOR to 700 over LIBOR, about 4.5 percent to 8.5 percent,” he says.

“A lot of investors are looking to private lenders in cases where traditional financing would not work, such as for bridge loans for vacancy, upcoming lease maturities, re-tenanting,” Sansosti says.

“These loans typically have some type of repositioning play involved (lease-up, light renovation, roll-over risk, etc.),” he adds. He notes that the typical pricing for these loans is LIBOR plus 400 to 600 basis point at 75 percent loan to value (LTV). But, in the case of a pure construction loan, pricing can be LIBOR plus 800 basis points. In comparison, banks are structuring loans at LIBOR plus 200 to 300 basis points, provided the loans come with recourse and have LTV rations of 65 percent or lower.