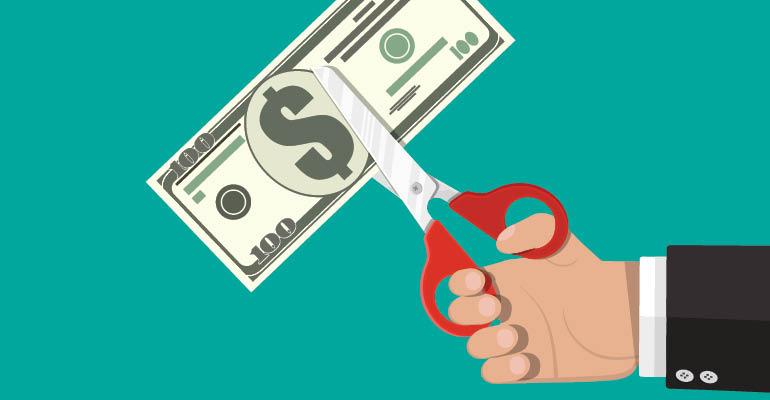 Since the election, LIHTC investors have reassessed the range of possible outcomes from tax reform and have modified pricing strategies.

Potential tax reforms ahead that could reduce corporate tax rates have created a “speedbump” for the low income housing tax credits (LIHTC) market. Investors are lowering bids on price per credit, which has slowed deal flow and sent sponsors scrambling to find alternative solutions to bridge the financing gap.

“Prior to the election, we were dealing with one of the most robust investor markets that we have ever had in the history of this program,” says Todd Crow, executive vice president and manager of tax credit capital for capital services provider PNC Real Estate. In recent weeks, pricing has dropped from more than $1.00 per credit to between $0.90 and $0.95, with some deals dipping as low as $0.85, notes Crow.

The LIHTC market is a bit “unsettled” in the wake of the presidential election, adds Beth Mullen, a partner and national director of accounting and tax advisory firm CohnReznick's affordable housing industry practice and a member of the firm’s tax practice executive committee. That unease centers around the likelihood that tax reform that has been discussed for the past few years will actually move forward. Both President Trump and Republicans have floated tax reform plans that call for a lower federal corporate tax rate.

Established in 1986, the LIHTC program is a public-private partnership where banks and other corporations buy tax credits that provide equity for affordable housing projects in exchange for credits that generate a yield for the buyer by offsetting their tax burden. According to the most recent CohnReznick LIHTC survey from December, the average credit price at that time was at $1.05, with an IRR of 4.56 percent.

Since the election, LIHTC investors have reassessed the range of possible outcomes from tax reform and have modified pricing strategies that would cause a tax credit investment to still make sense even in a lower marginal tax rate. Once the price per dollar of tax credits exceeds $1.00, the relative importance of tax losses as a component of yield increases significantly. “It is simply a question of rate of return,” says Mullen.

Essentially, an anticipated tax rate reduction is getting baked into pricing for deals that are getting put together now. Assuming that the current 35 percent federal tax rate does drop to 20 percent, as is proposed under the House “blueprint” for tax reform, then investors are lowering their bid price by about a penny for each percentage point drop, notes Mullen.

“Having said that, is not really one size fits all,” adds Mullen. Other factors go into tax credit pricing for individual projects, such as if the investor is also the construction lender on the deal or the developer has an exceptionally strong track record. So there are definitely scenarios where pricing has not dropped by as much as 15 cents. In addition, most deals have an upward adjuster provision such that if tax reform doesn’t happen, then investors are expected to put more money into the deal, she adds.

The market has adopted a fairly conservative approach for pricing strategies going forward and that is likely how things will proceed until there is more clarity on what tax reforms could look like. Pricing could shift again if there is news or public statements from key political players about which way tax reforms could move. For example, if there was an announcement from the administration that there was no way that the tax rate could possibly drop lower than 25 percent, then the market would react to that news with higher prices for LIHTCs.

Investors have continued to invest, they just want to make sure that their investments still make sense in an environment where they face a lower tax rate. So they have built in a cushion for some change in the marginal tax rates. “Once investors are satisfied that these are still sound investments with attractive returns even at lower marginal tax rates, I still think there is abundant capital available for those transactions,” says Crow.

The readjustment in tax credit prices is creating some ripple effects across the affordable housing marketplace. The overall changes in proceeds from an equity investment have dropped by between 8 and 20 percent, notes Crow. “So that has placed strain on project budgets and there were some projects that were rendered unfeasible by this change in pricing,” he says. Many projects have been delayed, but most have gone forward as sponsors/developers restructured deals, renegotiated land prices or brought in additional funding sources.

The impact of that pricing dip depends on how an individual deal is structured. Some deals have had to secure another capital source and/or became less profitable for the developer. In other cases, the design of the project was revisited to cut costs. “We have seen the market react very creatively to the loss of proceeds,” says Crow.

Among those projects where the pricing shift exposed a bigger gap in financing, some state tax credit agencies are stepping in to help out, such as with soft financing, providing more tax credits to sell, or perhaps relaxing income requirements so that the project can support more debt. There is a whole variety of solutions that are out there, and every state is working hard to help these deals go forward, notes Mullen.

The new political leadership and what appears to be a rising interest rate environment is creating a LIHTC market that is more cautious, says Michael Flaherty, founder and CEO of L5 Investments, a multifamily investment and asset management firm. “We have seen some deals fall apart lately or get renegotiated due to concerns with rates and policy, but for the most part I think the players in the market—despite being a little bit more on the conservative side—are still buyers right now,” says Flaherty.

The current uncertainty in the marketplace is likely temporary. The tax credit program has huge support in Congress among both Republicans and Democrats. “Deals are still going forward. It is just that the prospects of tax reform have created a little bit of a headwind that wasn’t there previously,” says Crow.