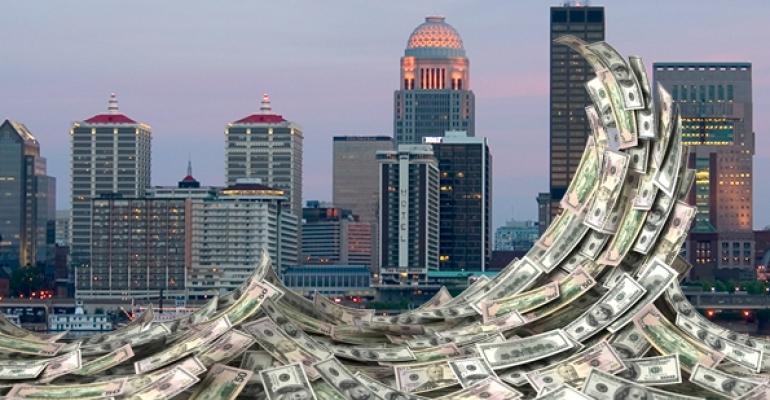 Lenders are weighing the risk and reward of investing in tertiary markets carefully. CMBS and institutional lenders have a reputation for “cherry picking” the best deals, while local banks and credit unions are stepping in to provide capital and fill the funding gap.

Last year, there was an estimated $65.9 billion in investment sales in tertiary markets, according to Real Capital Analytics (RCA), a New York City-based research firm. Although that is well below deal flow in primary and secondary markets, which reported sales of $207.6 billion and $217.0 billion respectively, the activity in tertiary markets is by no means inconsequential. RCA tracks sales valued above $2.5 million.

Getting an accurate read on financing trends in those tertiary markets is no easy task. It is hard to generalize about lending activity in the broad tertiary market as deals vary depending on the sponsor, the project and the dynamics of the local economy. Those cities that fall into the tertiary bucket range from Fresno, Calif. and Tulsa, Okla. to Dayton, Ohio and Chattanooga, Tenn.—all of which have their own local economic drivers.

One of the over-arching trends is that everybody wants to lend, notes John Schorgl, a managing director in the Kansas City, Mo. office of capital services provider Berkadia. “It’s early in the year; everybody wants to hit their quota; and rates are low. So it’s a great lending environment,” he says.

That being said, the real estate market is clearly in a later stage of its growth cycle and tertiary markets do have inherently more risk. Some lenders are looking at that risk as an opportunity to do deals and achieve higher yields, while others are pulling back on loan amounts. For example, rather than doing a deal at 75 percent loan to value (LTV) it may be 60 percent today. The good news for borrowers is that they are still finding access to capital, even if there are fewer choices, lower LTVs or higher rates.

“The tertiary property financing climate has been difficult for a number of years,” says Susan Branscome, a senior vice president and managing director in the Cincinnati office of capital services provider NorthMarq Capital. Commercial properties fare best with vibrant and active local economies and areas with dense populations, and these smaller markets often have neither, notes Branscome.

Those tertiary markets that are still close to a major metro, perhaps 20 to 30 miles out, have an easier time attracting lender interest. For example, a borrower for a larger multifamily property may get a quote from a CMBS lender, Fannie or Freddie and a local bank. “The tough ones are really the ones that are in the middle of nowhere and not near a major metro,” says Schorgl.

CMBS lenders have been a good source of capital in tertiary markets because they are finding it difficult to compete with life insurance companies and banks for higher quality assets in better locations. “With CMBS or conduits there will probably be more capital available for properties located in tertiary markets, so they can continue to lend in less competitive arenas,” says Branscome.

However, CMBS lending in tertiary markets is still well below historical levels. In addition, some of the smaller CMBS shops have been closing, which may make capital less available in some tertiary markets. Lending in those markets also depends on the B-piece buyers. “As long as their executions keep going well, if they have been going to the tertiary markets, they will continue to do so. As soon as some of those executions start to go south, that will probably be their first cut,” says Schorgl.

According to research firm Trepp, some of the top tertiary markets for CMBS lending in the past seven years (based on the original loan balance between 2010 and year-to-date 2017) include:

On the flip side, some of the tertiary markets that have seen the least CMBS lending activity during the same period include:

Commercial banks will consider lending in smaller markets to borrowers with whom they have relationships and who will agree to personal guarantees as additional loan security. However, banks are also highly sensitive to their commercial real estate concentration risk, which could make them more cautious on making additional loans depending on their balance sheet.

Community banks and credit unions are the lenders that are most active in those tertiary markets. Fannie and Freddie will also provide capital in smaller markets. However, in some cases, the community banks are willing to provide higher leverage than Fannie and Freddie, notes Nick Barbaria, managing partner of Arriba Capital, a commercial real estate finance and investment company based in Scottsdale, Ariz.

“We see a lot of community banks stepping in to fill the void in tertiary markets,” says Barbaria. For example, Arriba Capital had a term sheet out on the $5 million refinance of a hotel property in a tertiary market outside of Atlanta. The borrower took Arriba’s term sheet to their local bank, which beat the offer with no problem, says Barbaria.

If it is not a stabilized asset, then the only choice for a borrower might be the local bank in that market. “The good thing about banks now is that rates are low enough and banks are healthy enough that they are lending,” adds Schorgl.