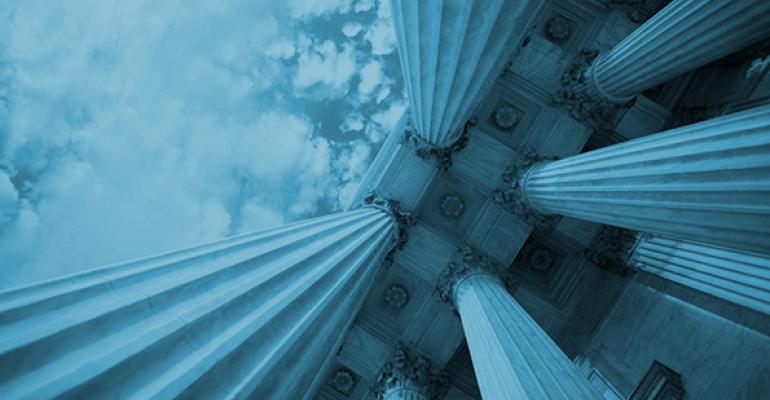 In an uncertain world like the one 2016 brought us, commercial real estate is typically seen as a pretty safe bet—and New York City as a pretty stable place to make that bet, offering prestigious trophy properties as well as many lower-profile multifamily, office, retail and hospitality options. So who will the big New York City lenders be in 2017?

Will the locals, then, rule the roost in 2017? Not necessarily.

We’re already seeing that Signature and NYCB originations have been dipping a bit. A CrediFi analysis of third quarter 2016 found that both banks saw overall quarterly originations drop roughly by half.

The reduction in third quarter multifamily lending follows statements in the summer by the Office of the Comptroller of the Currency and the FDIC warning that loan underwriting standards have relaxed for commercial real estate overall. Both government agencies singled out the multifamily market as potentially facing weakness ahead, following extensive multifamily construction and potential oversupply.

If commercial real estate financing by Signature Bank and New York Community Bank is inching down—for the time being, at least—who else is lending in New York City?

Challengers to local lenders include more traditional contenders, as well as lenders that might not automatically spring to mind.

The more traditional players include big national and foreign banks such as Deutsche Bank, JPMorgan Chase, Wells Fargo, Citigroup, Capital One and Morgan Stanley, each of which originated commercial real estate financing in New York City totaling between $1 billion and $5 billion for January through September 2016, according to a CrediFi analysis. All these banks were among the top 10 lenders in that period, and loans from U.S. national and foreign banks combined constituted about half of all New York City commercial real estate lending in the first nine months of 2016.

Within the city, Brooklyn-based Dime Bank emerged in the third quarter as a smaller local competitor to the big locals. Dime more than doubled its financing in Queens in the third quarter, to over $130 million, significantly outpacing both NYCB and Signature in the borough. Yet Dime remains smaller overall, issuing just under $400 million in commercial real estate loans in the city in the third quarter, spread over dozens of loans—hundreds of millions of dollars less than either NYCB or Signature.

But it would be a mistake to stop there.

Non-New York banks that were among the top 50 New York City lenders in the first nine months of 2016 include those close to New York City, such as Buffalo-based M&T Bank and New Jersey-based Investors Bank, as well as lenders in Arkansas (Bank of the Ozarks), Florida (BankUnited), Pennsylvania (Customers Bank) and San Francisco (First Republic Bank).

Regional U.S. banks based outside New York constituted 15 percent of the city’s commercial real estate lending in the first three quarters of 2016 by dollars originated, according to a CrediFi analysis, based on a sample of $60 billion in financing. That’s only a few percentage points less than the proportion of commercial real estate dollars that New York City-based banks dedicate to properties in their hometown.

Let’s start with M&T Bank, also known as Manufacturers & Traders Trust Company. Based in Buffalo, N.Y., M&T was one of the top 10 New York City lenders in the first nine months of 2016, issuing more than $1 billion in commercial real estate loans in that time. Its New York City loan origination (by dollar amount) increased about 20 percent from the second to the third quarter.

The deals included a $135 million loan for an 11-story industrial-turned-office property at 20 Jay Street in the Dumbo section of Brooklyn that houses creative tenants such as digital media design and production studio Brooklyn Digital Foundry and branding agency Red Antler, and a $75 million loan for the Flatiron District office building at 162 Fifth Avenue.

Nationwide, commercial real estate loans issued by M&T Bank (excluding construction loans) increased by 10 percent in the first nine months of 2016, reaching $32 billion at the end of the third quarter, according to the bank’s SEC filings.

Bank of the Ozarks' loans in 2016 included $200 million for two rental towers-turned-condos: the Luminaire Gramercy, at 385 First Ave., and 389 E. 89th St. on the Upper East Side. Developer Magnum Real Estate started selling units in both projects in early 2016 as “affordable luxury” starting at around $1 million.

The Arkansas lender also issued a $92 million acquisition loan for the NYLO New York City, an Upper West Side hotel at 2178 Broadway and W. 77th St.

Florida’s BankUnited, a leading multifamily lender in the Big Apple, was also a top 10 lender in in the first quarter of 2016. BankUnited was one of the biggest banks to fail during the 2008 financial crisis, but made a comeback after it was bought in 2009 by private equity funds including Blackstone and Carlyle and had a successful initial public offering in 2011.

In the first three quarters of 2016, BankUnited issued more than $100 million in loans for cross-collateralized multifamily properties, including 4123 Gleane St. in Queens and multiple buildings on W. 49th Street in Manhattan.

So as Signature and NYCB originations dip, commercial real estate players with an eye on New York City—whether lenders who want to know more about their competitors’ activity, or current or prospective property owners who are looking into their financing options—should not overlook the financing role of regional U.S. banks based outside the Big Apple.