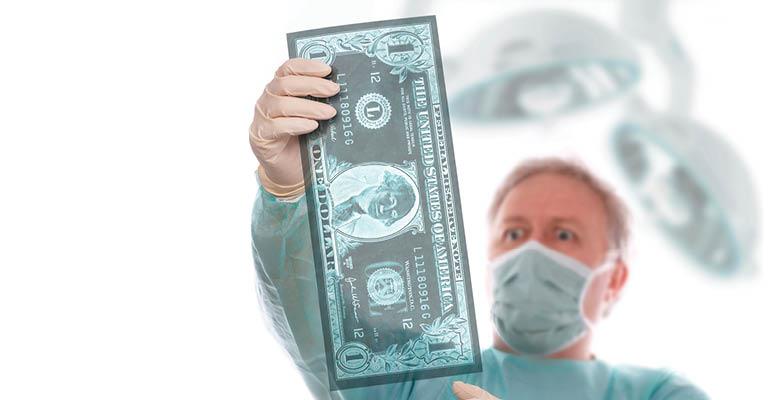 REITs Could Benefit from Healthcare Systems M&As, Some Experts Claim

“The ability for REITs to participate in holistic transactions as a financial sponsor opens up a whole new arena or sub group of transactions that are likely to take place,” says Anu Singh, a managing director at Kaufman Hall & Associates.

Among hospitals and healthcare systems early signs are that 2017 will turn out to be a banner year for mergers and partnerships that supersedes even 2016’s strong level of activity.

Hospital and health system combinations outside of REIT sector have already increased to 27 deals in the first quarter, an 8.0 percent increase over 25 transactions during the same period last year, according to a rundown from Kaufman, Hall & Associates, a transaction advisory services firm based in Skokie, Ill.

The first quarter distinguished itself for the significant increase in the number of large transactions. Three organizations with around $1 billion or more in revenues have announced deals, while four such deals were completed for all of 2016, according to a statement from the company. That class of participants included Beth Israel Deaconess Medical Center in Boston, and Lahey Health System, based in Burlington, Mass.; Harrisburgh, Penn.-based PinnacleHealth System and University of Pittsburgh Medical Center in Pittsburgh; and Minneapolis-based Fairview Health Services and HealthEast Care System in St. Paul.

"Hospitals and health system executives are looking for strategic opportunities to ensure the continued growth and success of their organizations amongst disruptive forces, including innovative competitors, declining payments, flat or decreasing inpatient volumes and increasing price sensitivities among consumers," says Anu Singh, a managing director at Kaufman Hall. He adds that the number of independent hospital organizations is on the decline, prompting healthcare groups to pursue partnerships as a way of operating in more efficient and innovative ways.

When an industry is as fragmented as the healthcare sector is, an uptick in mergers and acquisitions is potentially a welcome sign of movement toward stronger companies with greater operating efficiencies—and profits. It turns out that REITs could participate in the next major phase of health system industry consolidation, mainly by acting as a source of capital to not-for-profit hospital operators, Singh says.

For now, transactions among REITs specializing in property-specific transactions will continue. Sabra Health Care REIT and Care Capital Properties, for example, announced on May 7 that the companies would combine in an all-stock merger worth $7.4 billion. The two companies would then operate under the Sabra name. Also, earlier this year Medical Office REIT Healthcare Trust said it expects to actively pursue property acquisitions in 2017.

Where REITs could really make their mark, Singh says, is by bringing expertise their real estate and financing expertise into healthcare. The not-for-profit or tax-exempt entities that have completed partnerships historically have involved some level of shared governance and shared operating control, Singh says. Whether that involvement has taken the form of formation of a new board or representational governance, the financier has also had a say in how healthcare delivery systems are operated.

“Where the REIT transactions are distinguished is they do offer more heavily weighted financing and capital partner component than operating and governing control,” Singh said. “That is unique to what had been done in the industry.”

Singh expects that the real estate industry will soon be able to approach a not-for-profit or tax-exempt operator and offer consistency and clarity related to the ongoing costs of their real estate. Experienced professionals, meanwhile, can focus on tackling strategic issues that strike to the core of their operations, such as payment reform, regulations and national the implications of discussions like ‘repeal and replace.’

“The ability for REITs to participate in holistic transactions as a financial sponsor opens up a whole new arena or sub group of transactions that are likely to take place,” Singh says. While it is unlikely that REITs will drive the consolidation of the healthcare industry on their own, they look poised to participate in it.

“The fragmentation of the industry is likely a short-lived concept,” Singh says. “We will have a much more aggregated industry soon, and REITs will be part of the power to make that change.”