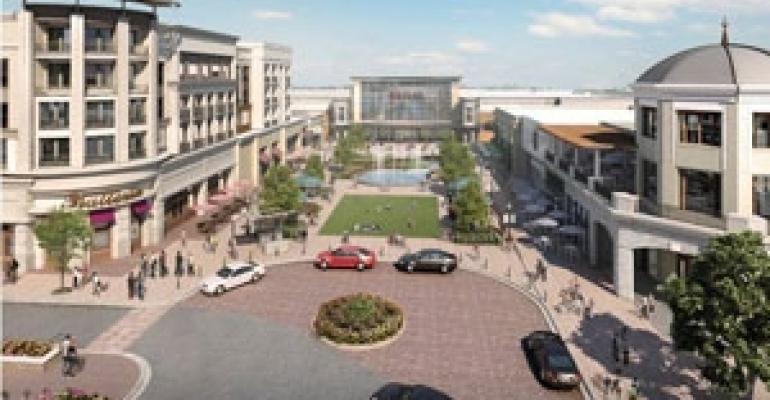 North American Properties (NAP) won the go-ahead April 24 from the town council in Alpharetta, Ga. to build hundreds of apartments and a million sq. ft. of retail and office space at Avalon, a $600 million mixed-use development planned to open its first phase October 2013.

It almost seems like old times as investors and developers like NAP place bets on commercial real estate—with a focus on properties that will mix new multifamily construction with other uses.

“There’s nothing like Avalon currently in the Southeast,” says Mark Toro, Managing Partner at NAP, headquartered in Cincinnati. He promises “a place where high-end retail, restaurant, residential, office, hotel and public spaces come together to create a truly unique destination.”

Developers get to work, led by apartments and mixed-use

Developers across the country are getting back to work, with mixed-use properties including apartments taking the lead. Avalon is one giant example. Another is Mosaic, a major mixed-use development and “new urban district” slated to open this fall in Fairfax County, Va., including townhomes by Edens & Avant and luxury apartments by AvalonBay Communities, Inc.

Developers started new multifamily housing at a rate of 209,000-a-year in the first quarter, up from just 165,000 over the same period last year, according to data from the National Association of Home Builders (NAHB). That’s an increase of about a third. NAHB expects developers to keep starting new apartments at a rate of about 235,000-a-year over the next two years.

However, that rate would still be less than a full recovery. Developers regularly started 350,000 apartments a year before the crash. To reach that level again the economy will need stronger job growth and household formation, according to NAHB. Developers are also held back by lenders, who are choosy about which projects they finance. “Lending is a big problem—it’s still difficult for small developers to get financing,” says David Crowe, Chief Economist for NAHB.

Developers and lenders also carefully watch the real estate markets for signs of overbuilding. Because it can take several years to finish a project, developers need to think far into the future when they plan a new project.

Developers like NAP favor plans for mixed-use communities like Avalon. Rental apartments should benefit from a steady demand for housing. Aging Baby Boomers and Echo Boomers striking out on their own are likely to favor a vibrant mix of living, shopping and entertainment, says NAP’s Toro. Developers also favor wealthy submarkets like the town of Alpharetta, about 30 miles north of Atlanta, where the average income is about $125,000, said Toro.

NAP is in a unique position to develop Avalon. The firm sold its whole portfolio of suburban apartment and retail properties during in 2006 and 2007. After the crash in 2008 and 2009, NAP went looking to opportunities to buy and develop high-end mixed-use properties. For example, last year NAP bought an ownership interest in Atlantic Station, the landmark mixed-use property in Atlanta.

In Alpharetta, the developer paid cash—$23 million—for the 128 acres of land where it plans to build its Avalon. The ground had already been graded for a failed development plan, called Prospect Park. “We were pursuing acquiring the site out of foreclosure for two years,” says Toro. “This is a coveted site.”