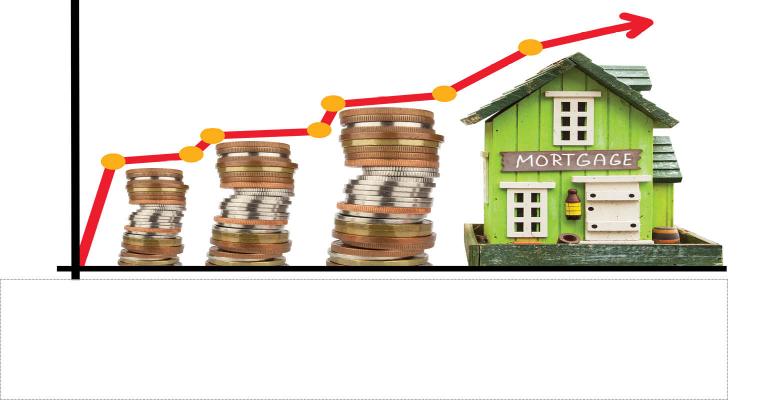 The financial burden of living in coastal neighborhoods reveals itself quickly in the Bloomberg study.

That’s the additional cost of a mortgage payment if you bought a median-priced home in San Jose, California, in the first quarter of 2018 compared to late last year. The mortgage payment would be about $4,600 compared to $4,100 due to higher lending rates and increasing home prices.

Bloomberg calculated the monthly aggregate housing cost, for both new buyers and renters, by weighting each region’s share of housing units that were occupied by owners and renters, respectively.

The financial burden of living in coastal neighborhoods reveals itself quickly in the Bloomberg study. San Francisco, Seattle, Portland, Jacksonville, and the Bridgeport-Stamford-Norwalk, Connecticut area rounded out the top five areas with the fastest increase in mortgage payments. Altogether, new buyers in almost one-third of metropolitan housing markets faced higher mortgage costs of $50 or more per month in the first quarter.

Overall, eight of the top 20 most expensive markets are in California, with three of them among the 100 largest metro areas in the U.S. San Jose, San Francisco and Los Angeles are the three priciest markets.

Among the largest 100 markets, for a typical house hunter, only Albany, New York, saw a decrease in the average mortgage payment in the first quarter. Average monthly obligations in Albany fell $27 to $760. But, the drop is a reflection of the 7.6 percent fall in median home prices in the region compared to a one quarter earlier.

“By many metrics, the U.S. housing market in 2018 is on sound footing,” said Chris Herbert, managing director of the Harvard Joint Center for Housing Studies, but “in many respects the situation has worsened for both the lowest-income Americans and those higher up the income ladder.”

The increases in home prices and rents means that in the first three months of 2018, in more than one fifth of metropolitan areas, housing expenses drain more than 30 percent of income, a widely-accepted metric for home affordability.

In nine metro regions, aggregate housing costs breached 50 percent of income. Eight of them are located in California and the ninth is Honolulu. High incomes in San Francisco, the second-most-expensive market in the Bloomberg study, kept that area from crossing this threshold, however, its residents spend 46.6 percent of income on housing.

Among the nation’s 20 most populous metro areas, Detroit has the cheapest housing at $773 on average per month. That represents a $28 gain from the prior quarter. The smallest increase in aggregate housing costs, $18, was in Houston. Housing costs went up $109 in San Francisco, $100 in Seattle and $81 in Denver.

Among the nation’s 100 largest metro areas, McAllen, Texas, has the cheapest housing, followed by Scranton, Pennsylvania.

Typical owner cost was based on Zillow’s median monthly price for all homes sold between 01/2018-03/2018. Monthly mortgage cost assumed a standard 20 percent down payment had been met and that state-based daily average of 30-year standard fixed rates in Q1’2018, or jumbo rates if the home value was higher than $453,100. Home sales data included all standard, arms-length property transactions for single family, condominiums and cooperatives but excluded foreclosures and title transfers. Typical renter cost was based on Zillow’s median market rate for single family residences in the first quarter of 2018. Percentage of housing units by occupancy types was based on Census ACS 2016 5Y Housing Tenure data for metro area. Core Housing Index compares housing costs in 100 largest metropolitan areas to that of the U.S. which was designated a value of 100 as of Q1’2018.