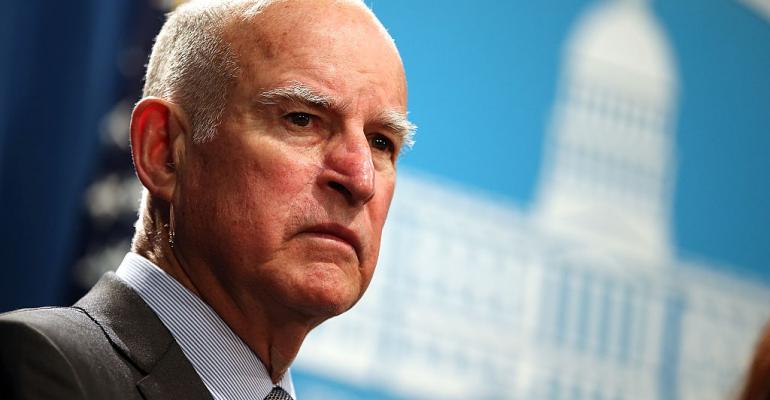 In addition to a slew of bills intended to make housing more affordable signed by Governor Jerry Brown last fall, various campaigns are under way to put affordability initiatives on the November ballot.

(Bloomberg View)—California is trying to come to grips with its housing crisis. It’s unclear if Californians will allow it to succeed.

In addition to a slew of bills intended to make housing more affordable signed by Governor Jerry Brown last fall, various campaigns are under way to put affordability initiatives on the November ballot. Meanwhile, the legislature greeted the new year with the introduction of still more proposals.

Everyone seems to agree there’s a crisis. One survey reports that nine of the nation’s 10 least affordable large metro areas (and eight of the 10 smaller ones) are in California. Another estimates that half the households in the state live in markets they can’t afford, and that the housing shortage may cost the state more than $140 billion a year in lost economic output. Regulation and high land values are stifling housing in other states, as well.

One of the more intriguing proposal to address this crisis comes from state senator Scott Wiener of San Francisco. His legislation would prohibit local density restrictions within a half mile of a major transit station or a quarter mile of a bus stop on a frequent bus line. The bill would apply to all development of housing up to eight stories high, depending on location, including in locales that currently mandate single-family housing.

The coalition against such a proposal, which has the potential to add millions of housing units to the state, is broad. Well-off homeowners, eager to preserve the “character” of their neighborhoods, routinely oppose developments that increase density. Poor renters and their advocates, meanwhile, fearful of gentrification leading to even higher rents, often oppose new development. Some have already come out against Wiener’s bill.

Regardless of where one comes down on the debate, Wiener deserves credit for thinking creatively and treating opponents with respect. (One of the side benefits of his bill, he notes in a 3,400-word response to his critics, is that it would reduce carbon emissions.)

Wiener’s proposal would surely have unintended consequences. What’s to prevent locals manipulating a bus line to influence real-estate development, for example? More important: Its theory may be one better carried out by city governments than by the state; certainly any such plan should find a way to give mayors and municipal officials the flexibility to respond to local conditions.

Finding the right balance in housing between affordability and desirability is a persistent challenge. Yet sooner rather than later, California is going to have to move beyond debate and deal decisively with a crisis that stunts its growth and burdens its young.