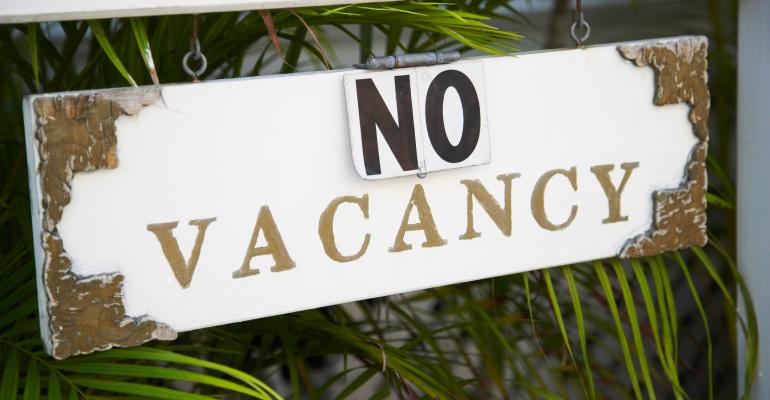 Multifamily managers are saving a little money on paint these days, thanks to low turnover. Apartment renters are becoming more likely to renew their leases, and less likely to move out—partly because people in the U.S. are less mobile than in previous years.

Declining mobility worries economists because matching certain jobs with qualified workers is more difficult if those workers live in the wrong places. Mobility has been falling in the U.S. for years, due to both the aging population and the aftermath of the Great Recession.

But less mobile renters offer clear benefits to the multifamily industry.  “Mobility has been slow for a while, but it definitely hasn’t been a negative for the apartment industry as a whole,” says Jay Parsons, director of analytics and forecasts for MPF Research, a Carrollton, Texas-based multifamily data firm.

Geographical mobility simply measures the percentage of people who live in a different home than they lived in the year before. Between 2013 and 2014, 24.5 percent of renters moved from one home to another, according to data from the U.S. Census. Before the housing crash, that percentage was typically more than 30 percent. Compared to its 12-year average, the rate of mobility of apartment renters was down 312 basis points—and the rate of mobility has dropped for renters of all ages.

“This is a wide-ranging decrease in mobility, not just the effect of having older apartment residents,” according to analysis from the National Multifamily Housing Council (NMHC) in Washington, D.C. The growing cost of changing careers and the increased number of workers who telecommute may also be making renters less likely to move, according to NMHC.

Falling rates of mobility haven’t done any clear damage to the apartment business. “Apartments are in the midst of their hottest stretch in more than a decade,” says MPF’s Parsons. “Over the last four year, new lease rents have consistently climbed around 3 percent or more annually and vacancy rates have remained low at around 5 percent.” Apparently, the mobility rate was high enough in 2014 fill the new apartments that opened with new renters who moved in, even though the mobility rate was low compared to prior years.

Falling rates of mobility can save money for property managers—relatively less mobile tenants are less likely to move out when their leases expire. Every time an apartment turns over, property managers spend thousands of dollars re-renting the apartment. The percentage of tenants with expiring lease who renewed rose to 54.5 percent on average in February 2015, according to actual lease transactions recorded by RealPage, a subsidiary of MPF, through its property management software platform. That’s up 80 basis points compared to the year before, continuing 22 straight months without negative year-over-year change. “The renewal rate surged in early 2010 and then continued to tick-up steadily,” says MPF’s Parsons.

Data does not link more mobile residents with higher rent growth, though some property managers may feel more comfortable rising rents when tenants are more mobile. “Some apartment operators are more willing to push rents higher on a new lease with a new renter than they are for a renewing lease with an existing renter,” says MPF’s Parsons.

For renters to decide to move, they have to have someplace to move to. Currently, very low vacancy rates are reducing some of that temptation. “If you want to move, very few units are available at existing properties,” says Jay Denton, marketing analyst for Axiometrics Inc. in Dallas. “Renters might have a hard time finding a better option than the one they currently have.”

New apartment communities opening may create new opportunities to renters to move, says Denton. However, most new construction is planned to earn top rents in its geographical area. “There will still not be many new options for renters in class-B or class-C properties,” says Denton.