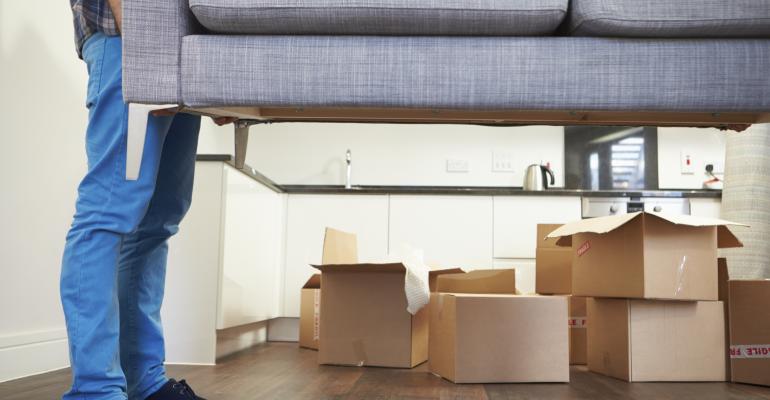 April gave a strong hint that 2015 may be another good year for apartments. “An impressive start to the peak leasing season could point to another big year for the U.S. apartment industry—counter to mainstream expectations of slowing momentum,” says Jay Parsons, director of analytics and forecasts for MPF Research and RealPage Inc.

Apartment rents grew more quickly in April than in any other month since the recovery from the financial crisis, according to data released by MPF on May 11. “Rent growth in April 2015 topped the previous highs we saw during this cycle back in 2011,” says Parsons.

Very strong demand would help absorb the flood of new apartments opening this year. Experts agree that demand to apartments will be fairly high, but there is some disagreement about whether it will be enough to absorb the more than 240,000 institutional-quality apartments scheduled to open in 2015, according to data firm Reis Inc. Reis expects the vacancy rate to rise 70 to 80 basis points this year to close to 5 percent on average—rising higher in a few, more overbuilt markets.

“The most die-hard multifamily optimists will have their beliefs tested in the next six months,” Victor Canalog, chief economist and senior vice president for Reis, noted earlier this spring.

Strong demand for apartments in April could limit the damage caused by all that new construction. Just a few weeks ago, at the end of the first quarter, MPF’s forecast for 2015 called for occupancy the percentage of vacant apartments to rise by about 40 basis points, and for rents to keep growing, but less quickly than last years, at an average rate of about 3.6 percent to 3.9 percent a year.

“Today’s performance numbers really don’t exhibit any of the slowing that had appeared likely to emerge,” says Greg Willett, vice president of research and analysis for MPF Research. “We anticipate that we’ll actually boost the forecast performance soon.” MPF collected information on rent growth through the property management systems of its parent company, RealPage Inc.

“The upturn in rent growth isn’t limited to the price point for new residents, the metric that most use to gauge the health of the market,” says Willett. New leases increased by 7.8 percent, meaning that new apartment residents paid 7.8 percent than the previous residents. Renewed leases grew by 5 percent, with renters who renewed their leases agreeing to a 5 percent rent hike, according to MPF.

Spring is an important month for the apartment business, since many landlords schedule the bulk of their lease renewals in the spring and summer months, when demand is strongest, according to MPF.

The apartment business can count on a certain amount of demand over the next few years from demographics. The unresolved question seems to be how much a continuing economic recovery will add to that demand as young people get jobs and finally form their own households.

“There is still considerable pent-up demand—the number and share of 18-to-34-year-olds who live at home with parents remains close to the all-time high,” says Mark Obrinsky, chief economist for the National Multifamily Housing Council.

However, the amount of pent-up demand differs from market to market, and it is difficult to gauge how much remains. “But bear in mind that we are still seeing good net new growth in the key 20-to-34-year-old demographic,” Parsons.

Long-term demographic trends also tell a positive story for apartments. The U.S. population continues to grow. Large numbers of young people are entering the housing market. Immigration has recovered from the lows of the recession—and immigrants are significantly more likely to rent. The numbers of single-person households and single parents are growing while the number of married couples is falling. “Over the longer term, demographics play a key role in apartment demand, and we think the key trends are still in place,” says Obrinsky.