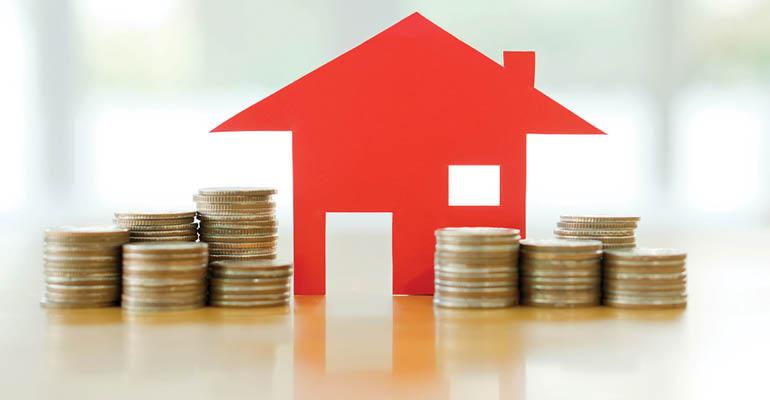 New construction of affordable housing is likely to be challenged as developers would need to find new financing sources.

How will affordable housing development fare this year? Cuts to HUD funding and

potential tax reforms might dent capital supply for the sector, sources say, with private lenders and state and local agencies left to fill in the blanks.

There is “huge demand for affordable housing as the gap grows between market rate and what people can pay,” says Frank Baldasare, senior vice president responsible for originating agency and FHA/HUD financing at commercial real estate lender Walker & Dunlop.

But according to Benson “Buzz” Roberts, president and CEO of the National Association of Affordable Housing Lenders, “The result of cutting HUD funding is squeezing out new investment. And the need for low-income housing is great, increasing and expected to increase. We need new investment to catch up.”

President Trump’s 2018 Budget proposal is requesting a $6.2 billion drop in HUD funding compared to 2017, when $46.9 billion in funding was enacted.

The budget would totally eliminate the $3 billion Community Development Block Grant (CDBG) program, which the budget calls “not well-targeted to the poorest populations,”

saying it has “not demonstrated results.” CDBG is a government program that distributes funds to local communities for affordable housing and infrastructure development. If the budget passes, the resulting funding gaps will fall to the state and local economic development agencies to fill. About $3.014 billion in CDBG funds were granted in 2016, up from $2.997 billion in 2015.

In addition, HOME Investment Partnerships Program, Choice Neighborhoods and the Self-help Homeownership Opportunity programs would be eliminated to save $1.1 billion and “promote fiscal responsibility,” according to the budget. In 2016, $964 million in HOME financing flowed to the states, up from $912 million in 2015.

The HOME program, which provides states and local government grants for building, buying and rehabilitation of affordable housing properties, finances about $950 million in affordable housing development annually, according to Roberts, who calls it a highly efficient program. “Every dollar invested by Home brings in $4 in private investment. They are flexible, decentralized programs,” he says.

HUD HOME reduces the amount of subordinate debt on affordable housing development projects, according to Baldasare, so cutting the HUD budget would exacerbate the equity gap problem.

“Ground-up construction will be a challenge in 2017, as construction costs continue to rise while permanent loan rates have increased, reducing the amount of loan proceeds along with a reduction in tax credit equity from the impending tax reform,” says Baldasare. New projects are sitting on sidelines waiting for equity to come up, he adds.

HUD rates are more favorable now than those offered by Freddie Mac because of the 10- year Treasury, Baldasare notes.

As a result, there “could be trouble” on the financing side if the HUD cuts go through, says Darryl Jacobs, of Ginsberg Jacobs LLC, a legal services firm specializing in corporate, real estate and tax credit areas.

The cuts come when demand for affordable housing is greater than ever. The total number of cost-burdened households—those spending over 30 percent of their income on housing—increased to 39.8 million in 2014, according to “The State of Nation’s Housing 2016” report recently released by Harvard University’s Joint Center for Housing Studies. What’s more, the number of low-income households eligible for federal rental housing assistance grew by 3.8 million between 1993 and 2013, but the figure for assisted renters only increased 532,000—meaning the number of renters qualified to receive assistance fell to 26 percent, from 29 percent.

“Eliminating CDBG, HOME, and Choice Neighborhoods would take away valuable tools that help fill funding gaps in affordable housing developments. This negative impact would be most pronounced on those developments that serve the lowest income households. The proposed cuts to public housing and rental assistance programs compound the impact on developments seeking to serve the lowest income households,” says Steve LeClere, J.D., senior manager of the Tidwell Group, an accounting and consulting firm that specializes in affordable housing, construction and real estate.

High land prices and construction labor costs are already contributing to the dearth of affordable housing development, the Harvard report points out.

“We are cautiously optimistic that other sources will step forward if HUD is cut—there is more market financing available if you can get the tax credit subsidy,” says Jacobs. “The feedback we are getting on tax reform is that it is substantially more likely that LIHTC will survive tax reform—it has the least amount of risk.”

With reports that the LIHTC market is “unsettled” following the election, deal flow has slowed as investors have lowered per-credit bid prices. Other sources of funding are being sought to fill the blanks.

Meanwhile, financing affordable housing transactions without resources from HUD will require “much larger credit requests in the competitive 9 percent rounds to keep the tenant rents affordable for the lowest income households,” says LeClere. “The 4 percent transactions will be very challenging to finance without these additional resources or developers will be unable to choose income/rent restrictions below 60 percent AMI in order to ensure they size sufficient debt.”

At the same time, “we may see more renovation of affordable properties and 4 percent [LIHTC option] for adaptive reuse accelerating if we can’t get HUD loans,” he adds.

New construction this year will be a challenge, according to Baldasare, as LIHTC investors are sitting on the sidelines until there is a clearer picture of tax reform.

“The focus this year for many affordable lenders and equity providers will be on preservation of affordable housing,” he notes. Existing properties will be recapitalized and he expects to see older LIHTC properties that benefitted from the 9 percent credit approaching the end of their 15-year compliance period and being rehabbed as 4 percent deals using bonds or tax-exempt loans.

Lending on preservation work entails a shorter cycle than new construction, which helps secure financing. But if corporate tax cuts go from 35 percent to 25 percent, as has been proposed, then investor yields will drop from 4 to 5 percent to 2 to 3 percent, according to sources.

“The mere uncertainty of tax reform has been disruptive to this class of investors. Some are on the sidelines, others are continuing to invest. Others are assuming a lower corporate tax rate and basing investment amounts accordingly. This stresses the pro forma and can create holes in financing of projects. It is hard for investors to just take a hit on this,” says Baldasare.

As a result, the sector will see project delays until tax reform is resolved. Some deals won’t go further, while others will require changes to proceed.

Legislation on the table

Lawmakers are responding to affordable housing needs by planning new legislative bills to solve these problems. For example, legislators are working on a 221 (d) (4) pilot, according to Baldasare.

HUD currently has the 223F LIHTC Pilot for rehab, providing funding of up to $40,000 per affordable housing unit. Yet that $40,000 includes contingency and overhead costs and general contractor profit. Thus, “far less” than $40,000 per unit in hard costs goes to the developer, notes Baldasare.

HUD is expected to introduce its 221d4 PILOT in 2017, although it currently will only cover rehabs and not new construction.

About 15 House members are expected to introduce bipartisan legislation for LIHTC, sources say. In the Senate, Senators Maria Cantwell (D-Wash.) and Orrin Hatch (R-Utah) have introduced a bill to expand the volume of credits by 50 percent.

“Lobbying efforts will have to be stronger than in prior years to ensure changes made by the new administration do not create barriers that would render the creation of affordable housing inviable and further burden those in need of a decent, affordable place to live,” says LeClere.