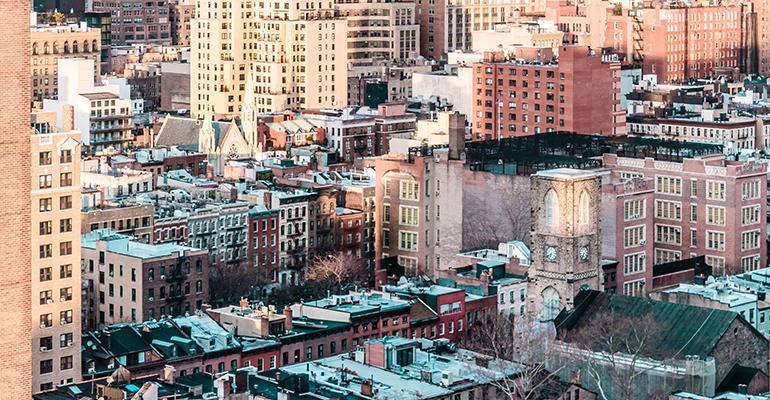 Manhattan Rents Fall for Every Apartment Size, Even Studios

(Bloomberg)—Rents fell last month for Manhattan apartments of all sizes, the first across-the-board price decline in at least four years, as a construction boom brought more buildings to market and allowed some tenants to leave for bigger or newer units.

For studios, which held their own last year while costs for bigger apartments slid, the median rent dropped 2.6 percent, appraiser Miller Samuel Inc. and brokerage Douglas Elliman Real Estate said in a report Thursday. It was the biggest year-over-year decrease since the firms started tracking the data in 2012. The median price of studios last month was $2,500, the lowest it’s been since January 2015.

“There’s so much inventory, and that influx is hitting across all price points, even the studios,”  Hal Gavzie, executive director of leasing for Douglas Elliman, said in an interview. “There were a lot of studios that hit the market and have been sitting there. They had to reduce prices.”

Until now, studios -- smaller, cheaper and in demand among young job-seekers in Manhattan -- had better withstood the pressures from the wave of apartment construction that’s kept a lid on prices across the market. Now, even those units are getting reductions as landlords fret about rising vacancies and renters at all price levels sense they have the leverage to demand a better deal.

Apartments available for rent at the end of February totaled 6,872, a jump of almost 12 percent from a year earlier. The number of new leases fell 28 percent last month to 3,634, while the median monthly rent for units of all sizes slipped 0.9 percent to $3,350.

“In the months of January and February, we had customers requesting three to four months free, which is pretty unheard of,” said Melinda Sicari, a broker with Douglas Elliman.

In December, Sicari took over a listing for a third-floor walk-up on East 30th Street that had been sitting empty for months while priced at more than $3,000. Pointing out that newer buildings nearby were leasing units at that price point -- and offering more amenities, including elevators -- she suggested the landlord cut his price and offer a move-in incentive, such as a month’s free rent or payment of Sicari’s fee.

The owner reduced the asking price on the two-bedroom unit to $2,675 with one free month on a 16-month lease -- effectively about $2,500 a month -- and drew enough interest in the first 10 days that viewings were scheduled in shifts, Sicari said.

Among the crowd were Rachel Siegel and her roommate, who were looking to relocate from Brooklyn. The pair looked at the apartment and were on their way to see another when the owner made them an offer: He would amortize the free month over a year instead of giving it upfront, containing their monthly costs. They agreed -- and got the lease cut to 14 months, Siegel said.

“They made us an offer, and it was an offer that we couldn’t decline,” said Siegel, 22, the assistant general manager of Pondicheri restaurant, a few blocks from the apartment. Her roommate is the pastry chef. “We were actually walking away to see another place and we just stopped and turned around.”

Last month, landlords whittled an average of 3.3 percent off their asking prices, compared with 2.5 percent a year earlier, according to Miller Samuel and Douglas Elliman. On top of that, they offered concessions such as a free month or payment of broker’s fees on 26 percent of all new leases, the second highest share in the firm’s records.

“It’s morphing from a market behavior of more isolated segments to something more universal,” said Jonathan Miller, president of Miller Samuel. “The softening of the rental market is not a passing phase.”

In Brooklyn, home to its own apartment-construction boom, rents also fell across all apartment sizes last month. Studios dropped 1.4 percent to $2,363, while one-bedrooms slipped 0.4 percent to $2,600, Miller Samuel and Douglas Elliman said. Two-bedrooms had the biggest decline, sliding 5.3 percent to $3,000.

Almost 16 percent of new leases in Brooklyn had concessions, up from 13 percent in February 2016. There were 2,354 listings on the market at the end of last month, a 17 percent jump.