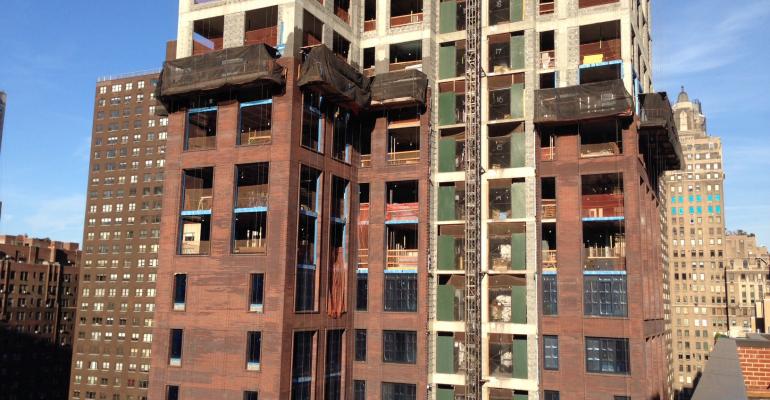 Multifamily Developers Counting on Demand Through 2017

Developers planning new apartment buildings today won’t finish for two years or more in many parts of the country—when hundreds of thousands of apartments now under construction will have already softened the national multifamily markets. But many developers are now planning new projects anyway.

“It’s kind of late in the party, when all the punch is gone,” says Ryan Severino, senior economist and associate director of research for Reis Inc., a New York City data firm. “We always end up overdeveloping.”

Active developers are counting on demand for apartments to stay strong—supported by solid demographics and an economic recovery that has proceeded very slowly and still seems young for many sectors of the economy. Many of these developers are looking for markets and sub-markets that have seen less new construction—not so much to beat competition as to avoid it.

Two years from now, in 2017, developers are expected to complete 161,000 new apartments, according to projections by Reis. That’s a lot less than the 197,000 new apartments anticipated to come on line in 2016 and the whopping 230,000 new units expected this year. It’s still a lot, however. Just to compare, the average number of new apartments produced in a year over the last few cycles is just 120,000. (Those totals don’t include the more than 100,000 units of affordable housing built every year through government programs.)

“It seems like the floodgates have opened,” says Severino. “The new supply under construction completely outstrips the demand from demographics.”

But by 2017, the apartments that opened in 2015 and 2016 will have left some slack in the apartment markets. The percentage of vacant apartments in the U.S. will be 5.5 percent, up from close to 4.0 now, according to a projection by Reis. “That’s not a massive expansion of vacancies,” says Severino.

The vacancy rate won’t be higher in 2017 because strong demand for apartments is likely to help fill the many new apartments that developers plan to build. “The problem is going to be on the supply side of the ledger not the demand side,” says Severino.

The apartment business also will also benefit in 2017 from the timing of the recovery, which is the same timing that made the recovery from the Great Recession so excruciating and slow. It takes years, often a full decade, for an economy to recover from a financial panic, says Severino. Banks and individuals often spend years paying off debts racked up during the boom. In the U.S., the number of homes loans in foreclosure took years to get close to a normal level, and is still relatively high, for example.

“If this were a typical post-World War II recovery, it would probably be over by now,” says Severino. Instead, after six years of recovery, inflation is still low and wages are only beginning to creep higher.

That’s a huge benefit to the apartment business because, barring some outside event like the collapse of the Chinese or European economies, it’s hard to imagine a U.S. recession in the near future, says Severino. And it’s also possible to imagine scenarios that would push demand for apartments even higher. “There are a set of people expecting vacancies to stay low or drift lower,” says Severino.

Some developers may be able to succeed by avoiding the competition. The majority of new development planned for 2017 will be high-end, class-A apartment properties located in central business districts, according to Severino.

“Preferred locations are shifting a bit, with more product emerging in the urban-fringe or urban-adjacent category,” says Greg Willet, vice president of research and analysis for MPF Research, a division of RealPage Inc. “The slightly lower costs and resulting rents for not-quite-urban-core locations deepen the pool of income-qualified renter prospects.”

Other developers are looking for opportunities to build in apartments markets that have been left out of the development boom so far. “There is some upturn in activity in the late-to-recover economies, including Las Vegas, Sacramento and Southern California,” says Willet. “But the increases in development volume aren’t off the charts.”