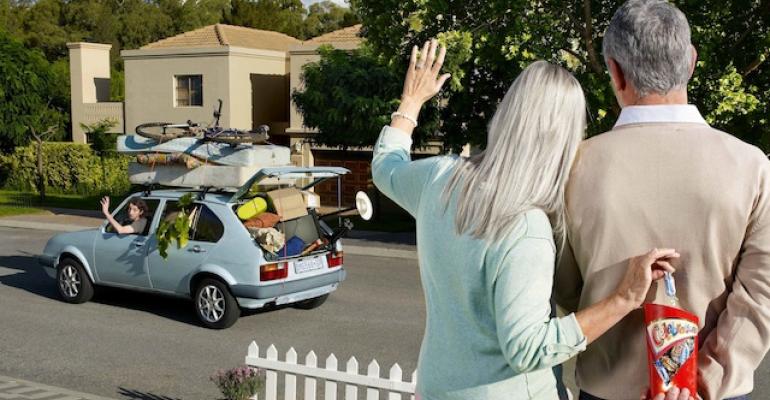 The apartment industry’s hopes for a happy 2015 are pinned on accelerated household formation, in particular, among young people moving into their own apartments.

“The data suggest that there could be considerable untapped demand for the apartment industry,” says Mark Obrinsky, senior vice president of research and chief economist with the National Multifamily Housing Council (NMHC).

Apartment developers are now placing huge bets that these young people will soon decide to rent their own apartments, rather than continuing to live with their parents or doubling up with roommates. So where are these young people now? NMHC took a close look at the latest Census data—with some surprising results.

The latest Census data for 2013 counted 63.9 million young adults between the ages of 20 and 34 years old. However, only 56 percent were householders or spouses of householders. That’s down from 62.1 percent a decade ago.

Over the 10-year period, the number of young homeowners has fallen sharply. Just one out of five young people (20.9 percent) aged 20-to-34 owned their own single-family home as the head of a household or with a spouse in 2013. That’s a big drop from the more than one in four (28.0 percent) who owned single-family homes in 2003. The number of young people who owned their own multifamily homes stayed about the same over this period, at roughly one in six. That’s 14.3 percent in 2013, compared to 14.5 percent in 2003, according to NMHC.

The falling percentage of young homeowners represents more than 5 million people. So where are those young people living instead?

The number of young people living with roommates or relatives in rental single-family homes and small multifamily properties with two to four units grew more quickly, increasing by well over a million people, to more than one in nine (11.7 percent) in 2013, from roughly one in 12 (8.4 percent) in 2003.

“The share of young adults that are single-family homeowners has fallen substantially, while the share living with their parents or in other rental homes (sometimes as the householder or spouse of the householder, but mostly as another member of the household) has grown notably,” says Obrinsky.

Young people were not yet more likely to rent at large multifamily buildings, according to the 2013 Census data. About one in six (14.3 percent) rented in large apartment properties with more than five units in 2013, roughly the same as in 2003 (14.5 percent).

Apartment experts hope that these young people will soon begin to arrive at the leasing office. Multifamily development will need the demand to fill all the apartments they are building. From 1995 to 2007, apartment developers started construction on an average of 295,000 new apartments a year at properties with five or more units, according to data from the U.S. Census.

The rate of new construction is now much faster than that, at more than 400,000 new units a year.

If these young people actually form households, the demand for apartments should balance the supply. Freddie Mac’s economists now say that demand for rental apartments will average 440,000 units a year over the next decade.

All of this new demand is “contingent on an improved economy,” says Obrinsky. So far so good—the U.S. economy has created well over 200,000 new jobs a month for most of 2014.