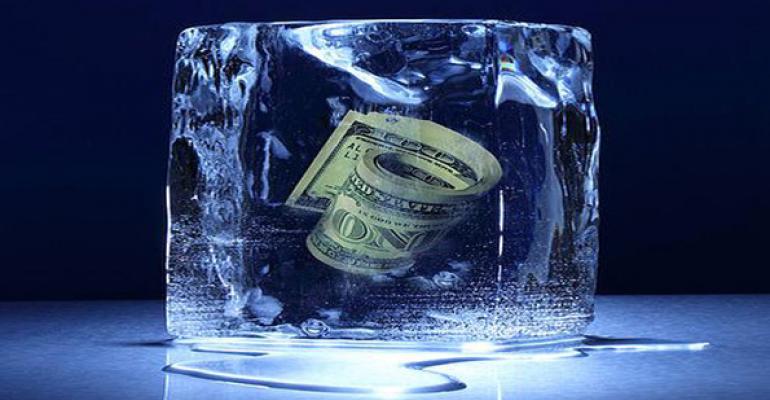 The change is carving a hole in the budgets of borrowers who need to buy or refinance apartment properties.

Rising interest rates are already making a difference for apartment properties. Borrowers can no longer secure the large permanent loans that have become used to.

“Delivering full-leverage loans has become a challenge,” says Dustin Dulin, managing director in the capital markets platform of real estate services firm JLL. “It is not as easy to underwrite the deals… Back in 2015, almost every deal underwrote cleanly.”

The change is carving a hole in the budgets of borrowers who need to buy or refinance apartment properties. To fill the gap, borrowers have to come up with more equity, often either from their own balance sheets or from new equity partners. Eventually, higher interest rates are expected to get in the way of transactions—though that hasn’t happened yet.

Interest rates are already rising. Many lenders benchmark the interest rates that they charge on long-term commercial mortgages against the rising yield on 10-year U.S. Treasury bonds. Those yields were about 2.90 percent at the beginning of June, up 55 basis points compared to six months ago. That’s a significant increase, though it’s still relatively low in historic terms.

“Despite six rate hikes we still have a 10-year Treasury bond yields below 3 percent,” says Bakst.

Lenders have not passed the entire increase on to their borrowers, but all-in interest rates are rising too. They now range from 4.4 percent to 4.5 percent on full-leverage, 10-year loans for apartment properties from agency lenders. That’s up from 4.0 percent to 4.1 percent six months ago for similar loans, according to CoStar.

That works out to a credit spread of about 40 basis points compared to Treasury bond yields. “Credit spreads are compressing, especially on loans from agency lenders, but not enough to keep interest rates as low as they have been,” says Jeff Patton, managing director with JLL.

Higher interest rates cut into the income that an apartment property can provide. Rents are still rising at apartment properties in many parts of the country, but not as much as they used to and not enough to keep up with the prices the investors are paying for apartment assets. Cap rates also continue to creep downwards.

All these factors combine to limit the size of the loans borrowers can get to buy or refinance apartment properties. Most lenders demand that a property have enough income to support a 1.25x debt service coverage ratio. Higher interest rates and slower rent growth limit the size of the loans that lenders are willing to make at the same time that apartment property prices continue to rise.

Two or three years ago it was relatively easy to get a permanent loan from an agency lender that covered 75 percent to 80 percent of the value of an apartment property. “Today we can get to 65-70 percent—it’s hard to get to 80 percent with a 1.25x debt service coverage ratio given the cap rates where deals are trading,” says Dulin.

Leverage levels are even lower when it comes to loans from life insurance companies, which make up for their low leverage with low interest rates.

As borrowers face the need for more equity, that gives an advantage to groups that have it at the ready, including REITs and private equity fund managers.

“A higher interest rate environment is a little tough on smaller and regional buyers raising equity for individual acquisitions,” says JLL’s Patton. “Larger group that are not looking to maximize leverage and which have already raised equity have an advanage.”