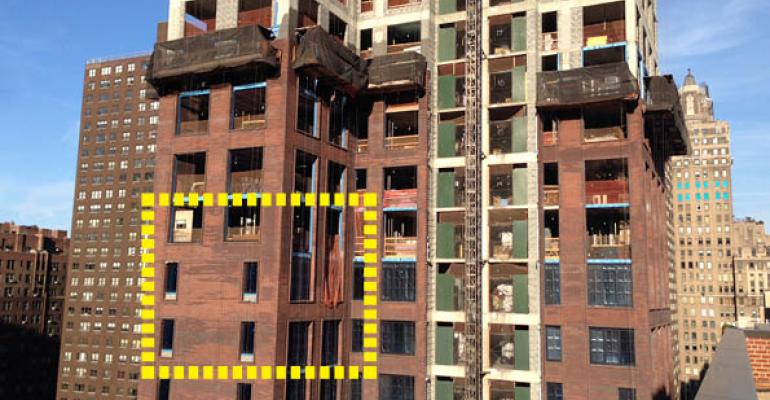 But the amount of affordable housing that developers can build is beginning to shrink as the cost of development grows.

“The number of units of affordable housing produced has been trending slightly downwards,” says Jennifer Schwartz, assistant director for tax policy and advocacy for the National Council of State Housing Agencies (NCSHA). NREI has obtained a preview of an upcoming NCSHA report, which will be released later this fall, on how many units of affordable housing were financed in 2014 with LIHTCs and are likely to be finished this year.

The decline in new affordable housing couldn’t come at a worse time. After nearly a decade when developers produced far fewer than their usual number of units of new housing of all types, the U.S. is facing a severe housing shortage. The new multifamily housing built is mostly priced for the luxury market. Affordable housing is very difficult to find. A new proposal in Congress would increase the funding for the LIHTC program, but the bill faces an uncertain future, especially in an election year.

More than one in every three people in the U.S. struggles with the high cost of housing—the highest level ever recorded, according to the State of the Nation’s Housing, from the Joint Center for Housing Studies of Harvard University report for 2016. The number of people living in households that pay more than 50 percent of their income for housing has grown to 114 million, according to the study.

Developers are producing fewer affordable apartments as the cost to produce each unit has been going up. High costs of construction and rising labor costs have made development more expensive. In addition, more affordable housing communities are being built for people with lower incomes, which can increase the cost to develop a property. “If you are going to use more LIHTCs per unit to develop properties, you’re going to have fewer units,” says Schwartz.

The two largest programs that pay for the development of new affordable housing are likely to create or preserve nearly 100,000 housing units in 2016.

By the end of 2016, developers should finish construction and rehabilitation projects on 62,054 units of affordable housing at 1,044 different developments funded through the competitive, 9 percent LIHTC program in 2014, according to NCSHA. In 2014, another 36,485 units of affordable housing were completed and received their reservations of 4 percent LIHTCs that come with tax-exempt bond financing. A similar number of tax-exempt bond developments are likely to be in the works for 2016.

A significant number of the new apartments that will open this year will be affordable, with formal restrictions on the rents they can charge, thanks to the LIHTC program. The rents at apartments subsidized by LIHTCs must be set to be affordable to households earning up to 60 percent of the area median income. Developers finished 320,000 units of multifamily housing in 2015, according to data from the U.S. Census Bureau, and this year they are on track to finish as many as 400,000 new apartments. The 50,000 new affordable apartments will be a significant piece of that new inventory, but not nearly enough to fill the demand from working families.

A bipartisan proposal in the U.S. Senate, introduced by senators Maria Cantwell (D-Wash.) and Orrin Hatch (R-Utah), would increase the funding for the LIHTC program by 50 percent. Hatch is the Republican chairman of the Senate Finance Committee and is an auspicious person to introduce the legislation. However, passing any expensive legislation is difficult, if not impossible, in an election year.

“We desperately need more resources,” says Schwartz. “People use the LIHTC for so many different things: housing the homeless, housing the elderly, public housing redevelopment...”