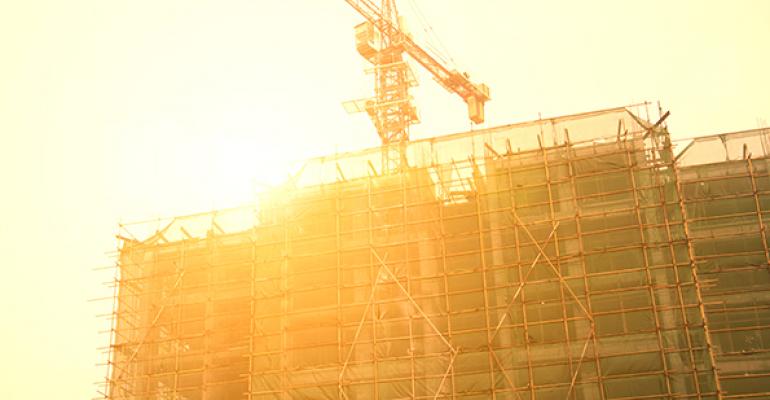 Outlook for Apartment Loans Remains Bright in Wake of Brexit

It’s still the best time ever to take out a loan on an apartment property – thank in part to the “Brexit” vote in the U.K.

“You could argue that this environment today is the most favorable in history to refinance or close a new loan,” says Will Matthews, vice president and co-founder of the Southeast Multifamily Group for Colliers International.

Real estate experts thought interest rates were going to rise this year. Officials at the Federal Reserve worried the U.S. economy might be overheating and raised their interest target from zero to 25 basis points at the end of 2015, with perhaps as many as three more increases planned for this year, for a possible total of 100 basis points.

But so far the year has brought uncertainty for the world economy, including deep questions about the Chinese economy and a surprisingly bad U.S. jobs report. The United Kingdom’s vote to leave the European Union was just the latest shock. In response, federal officials keep delaying the plans to raise interest rates, because the U.S. economy doesn’t seem to be overheating after all -– though it doesn’t seem to be diving into recession either.

Bad news from the global economy also pushed interest rates down for the safe, U.S. government bonds that are the benchmark for most long-term interest rates. “With any uncertainty and volatility in the world, everyone wants to plough money into our Treasuries,” says William Hughes senior vice president for Marcus & Millichap Capital Corp.

The yield on 10-year Treasury bonds sank to as low as 1.41 percent at to end June from about 2.25 percent at the beginning of the year. That’s a fall of more than 75 basis points. The interest rates the borrowers pay for apartment loans could even drop further over the coming weeks. That’s because lenders don’t immediately include all of the change in Treasury bond yields. The difference between rates offered by lenders and Treasury yields has widened 10 to 15 basis points since the Brexit vote. If Treasury yields stay low, interest rates will continue to fall to match them.

Apartment borrowers also benefit from a wide range of lender financing. The U.S. economy is relatively healthy compared to the world economy, and capital sources ranging from life company lenders and Fannie Mae and Freddie Mac lenders are able to lend. Even conduit lenders are offering more competitive loans, though their interest rates are still relatively high.

“Fortunately there are more than enough sources out there,” says Hughes.

Interest rates are expected to stay relatively low. But borrowers are still rushing to close deals to lock in the current low rate. “There is a focus on forward rate locks. They want to seize these low rates,” says Hughes.

Investors also continue to pay high prices for apartment properties, thanks to low interest rates. “Many of these offerings have more than 30 bidders, which is incredible,” says Hughes. “With these renewed, low interest rates, they are willing to pay a higher price today than even ten days ago.”

Instability in the world economy also attracts more buyers from other countries to bid on apartment properties here. “In our view, investment capital will continue to flow into the U.S.,” says Mitchell Kiffe, senior managing director CBRE Capital Markets. “We might look better now than investing in the U.K. or Europe… Right now we are seeing a lot of activity.”