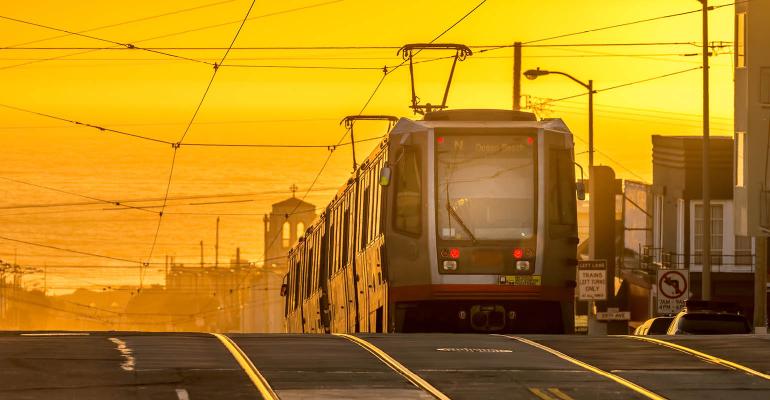 Is Proximity to Mass Transit Becoming Less of a Draw for Apartment Renters?

In the few years since companies like Uber and Lyft began to offer their ride sharing and carpooling options to riders in San Francisco, the premium earned by apartments near mass transit has dropped.

Apartment dwellers have traditionally been willing to pay a premium to live near mass transit stops in urban markets. But fueled by the proliferation of ride-sharing services, a rise in use of electric vehicles and other factors, that allure has begun to lessen in the Golden Gate City and that effect could spread elsewhere, according to new findings from MetLife Investment Management.

“When we look at what makes real estate assets most attractive to tenants, access to transit has traditionally been near the top of the list,” says Adam Ruggiero, head of real estate research for MetLife, which recently released its new report, “On the Road Again: How Advances in Transportation Are Shaping the Future of Real Estate.”

Apartment renters have more options to get around, which may be diluting the amount of extra rent that they are willing to pay to live near a subway stop or light rail station. In the few years since companies like Uber and Lyft began to offer their ride sharing and carpooling options to riders in San Francisco, the premium earned by apartments near mass transit has dropped—but not disappeared.

“It might lower the spread but it does not erase the spread,” says Justin Bakst, director of capital markets for CoStar Risk Analytics, which provided data for the MetLife report.

The introduction of ride sharing and carpooling services in San Francisco coincided with a decline in rental premiums for on-transit apartments (defined properties within a five-minute walk of a transit stop) from a historical average of 20 percent to only 15 percent today, according to the MetLife report.

“So far the effect has only occurred in a meaningful fashion in San Francisco,” says Will Pattison, associate director of real estate for MetLife Investment Management. “Uber and Lyft launched ride sharing in San Francisco first… The same dynamic is likely occur in markets like Chicago and Boston over the next several years.”

The factor that matters most to apartment rents is competition from other apartments. “The apartment supply-demand relationship in an area is going to influence pricing power more than anything else,” says Greg Willett, chief economist for research firm RealPage Inc.

“Given we’re now adding significant inventory in many neighborhoods with established transit options, rent premiums for transit-oriented developments are not necessarily at the levels seen historically,” says Willett. “We have to get through the wave of projects in lease-up to see whether or not there’s a meaningful reset of pricing relationships at individual properties across these submarkets.”

Ride sharing might be giving even more choices to renters than a new property in the same neighborhood. Some may be using multiple kinds of transportation to get to work or play, widening the number apartment properties where they might be able to live without needing to own a car. For example, a renter might be able to use a bicycle or Uber to get from an apartment complex to a mass transit stop.

“We believe the advances we’re highlighting will serve to complement and extend existing transit systems far beyond their current boundaries,” says MetLife’s Pattison. “Combined transit may help Millennials in particular. They are increasingly reaching home buying age and starting families, which will lead them to seek out better school districts in the suburbs.”

The same trends may lower the number of parking spaces that residents are going to need. “The greater availability and declining cost of ride sharing and ride-hailing services will make it even easier to forgo car ownership in the future,” says Pattison.

Developers and designers will have to make room for a different kind of parking as more of their residents come to depend on ride sharing services. “The most immediate impact on apartment communities is that projects need appropriate passenger pick-up and drop-off points and wait areas,” says Pattison.