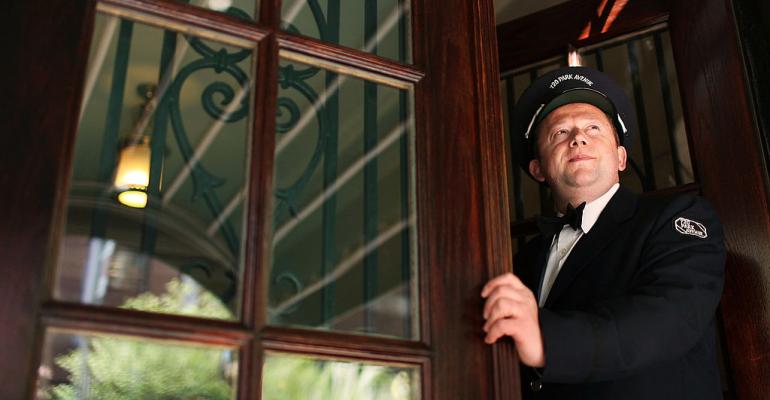 Rents Are Down in Manhattan. You Still Can’t Afford to Live There

(Bloomberg)—Manhattan rents decreased in September, marking only the second time since February 2014 that median rents for the borough fell from a year earlier.

For everybody else in New York, the new rental market data, published last week by appraisal firm Miller Samuel and brokerage Douglas Elliman, is closer to a meh. Rents aren’t rising as rapidly as they have in past years, but that doesn't take the sting out of historically high housing costs or make Manhattan any less of a “gated suburb” for the affluent.

Here are some telling details from the Miller Samuel report.

Median rents for the luxury market, defined by Miller Samuel as the top 10 percent of the market, were $8,121, down 2.8 percent from a year earlier. The median rent for a studio apartment was $2,636, down 3.5 percent. Miller Samuel’s data come from actual lease transactions reported by a diverse group of landlords, according to Jonathan Miller, the firm’s CEO.

The old rule of thumb that housing costs should account for no more than 30 percent of household income is imperfect but useful. You'd need an annual salary of $105,000 to  make the median studio affordable. To afford the typical luxury apartment you'd need household income of more than $300,000.

Rents for two- and three-bedroom apartments, meanwhile, ticked up slightly.

These trends shouldn’t surprise anyone who’s been following the long arc of the city’s real estate market. Demand for rental apartments outstripped supply as the U.S. economy started emerging from the recession. Developers rushed to break ground on new units but focused their efforts on building high-end rentals. As those apartments have hit the market—there were 35 percent more units listed for rent in September than a year earlier—the new supply has forced landlords to offer concessions (often a month’s free rent) to lure tenants, and given renters bargaining power when it’s time to renew leases.

The same trend has played out in San Francisco, where landlords targeting the top of the market have reported that rents are softening. In Atlanta, Boston, Los Angeles, among other cities, high-end neighborhoods have proven the most likely to see rent-growth slow. Even among the U.S. cities where rents are rising fastest, the increases seem reasonable compared to the double-digit spikes of recent years.

The theory goes that adding new units at the top of the market should eventually translate to lower rents for older apartments. Gauging the exact pace of that process isn’t easy, but we can say that it's slow. In the meantime, while Manhattan rents sag, rent growth is still strong in the rest of the city.

Zillow compiles monthly rent estimates for 208 New York neighborhoods, which are broadly in line with Miller’s conclusions. Rent fell in 20 out of 28 Manhattan neighborhoods, and rose in 152 of 180 neighborhoods in other boroughs. The outer borough neighborhoods where rents fell were generally affluent areas targeted by developers for new construction, mirroring the trend in Manhattan.

“If the market is like a layer cake and the top is melting, does it melt from layer to layer?” Miller said. “My answer is eventually, but it will be slower than it would have been, because there’s such a big space between the luxury product and the rest of the market.”