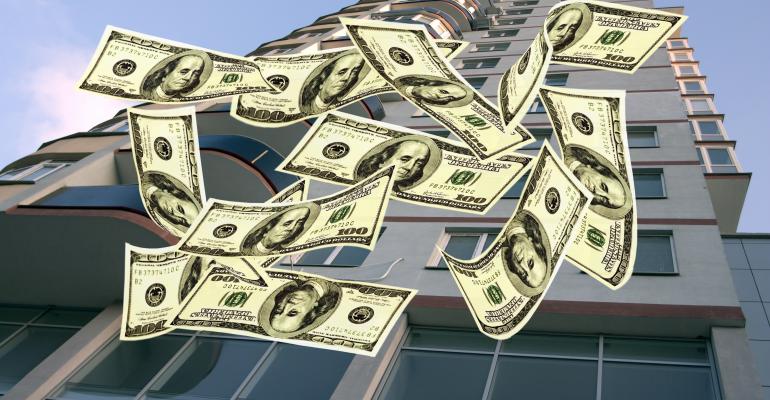 Is Rising Rent a Myth? For Many, Incomes Seem to Be Keeping Up

Amid the avalanche of headlines warning of the growing affordability crisis, there’s a corner of the real estate industry where the problem is seen as overstated, or at least misunderstood.

(Bloomberg)—Most people paying attention to the cost of renting an apartment in the U.S. would tell you that prices have gotten out of hand.

That’s certainly true at the extremes where, say, the typical two-bedroom in the Bay Area suburb of San Mateo, Calif., clocks in at $4,300 a month. More broadly, the supply of new housing isn’t keeping up with demand, pushing rents up in cities across the country.

It stands to reason, then, that Americans are spending an ever larger share of their incomes on rent, limiting the amount they can spend on everything from health care to groceries to saving for retirement—or to buy a home.

Sure enough, 48 percent of renters spent at least 30 percent of their household income on rent in 2015, up from 41 percent of renters in 2001, according to Harvard’s Joint Center for Housing Studies. But amid the avalanche of headlines warning of the growing affordability crisis, there’s a corner of the real estate industry where the problem is seen as overstated, or at least misunderstood.

Here’s a chart from Greg Willett, the chief economist at RealPage, which makes software to help landlords manage their properties. It shows that the median rent-to-income ratio has held steady at around 23 percent since 2010 for about 5.7 million leases in the company’s database.

It’s not that the rents didn’t increase—they did—but that landlords were able to find plenty of renters able to keep up. The median income for the renters in Willett’s data was $45,000 in 2010 and $61,000 last year, a 36 percent increase. The data exclude student and senior housing complexes as well as apartments with fewer than five units.

Real household incomes increased by 9 percent over the same period, according to census data released on Sept. 12. In addition to wage increases, landlords probably also benefited by attracting increasingly affluent renters—empty nesters downsizing from homes they owned into rental apartments, or millennial workers advancing in their careers but not yet able to afford to buy a home.

Either way, the incomes in Willett’s data set are growing faster than the typical U.S. household’s and are substantially higher than the typical U.S. renter’s. The median income for market-rate apartments in buildings with at least five units is about $32,000, according to an analysis of census data conducted by Andrew Jakabovics, vice president of policy development at Enterprise Community Partners, an affordable-housing nonprofit.

The census data, unlike Willett’s, don’t exclude student or senior housing, and they include more than 2 million units in buildings funded with low-income housing tax credits, a federal program that limits rents by subsidizing property owners.

Still, that income gap between $32,000 and $61,000 helps explain why Willett sees rent-to-income ratios remaining flat while others warn of a growing affordability crisis. Willett said he doesn’t question that rising rents are straining plenty of households, adding that close to 1 in 3 U.S. households earns less than $30,000 a year.

“I don’t want it to sound like those people aren’t there. They really are,” he said. “Where they’re living I don’t know.”

There were 44 million renter households in the U.S. in 2015, according to the U.S. Census Bureau’s American Housing Survey, and about 4.5 million of them received some form of rental assistance. Of the remaining market-rate renters, about 16 million had annual household incomes of less than $30,000. More than half of those households live in single-family homes or small rental buildings.

That leaves more than 7 million less affluent renters living in bigger apartment buildings without rental assistance, though the census data don’t offer an apples-to-apples comparison to Willett’s. Households spending at least 30 percent of their incomes on rent are concentrated in metro areas on the East and West coasts, according to a new geographical analysis of rent burdens published by the National Association of Home Builders.

While rising rents may not have changed the rent-to-income ratio in Willett’s data, the pain from higher rents is likely being felt downmarket. Demand for higher-end rentals has provided new impetus to fix up older properties and reposition them for more affluent tenants. And as the apartments in Willett’s data get more expensive, tenants are likely to seek cheaper housing, driving prices higher on lower-quality units.

“If they’re pushing rents,” Jakabovics said, “people struggling to pay will move out.”